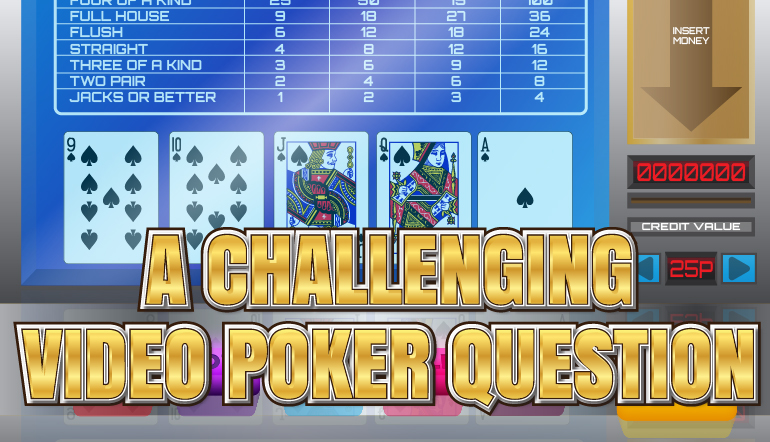 Earlier in 2017 I attended the Blackjack Ball, an invitation-only gathering of 96 Blackjack Pros from around the world.  Now you might be thinking what does this have to do with video poker; stay with me and I’ll explain.

Part of the festivities at the Blackjack Ball involves a competition to determine the “World’s Greatest Blackjack Player.” The first part of this competition involves a 21-question test (everyone secretly writes his or her answers on an answer sheet that is immediately graded after the test). The five contestants who have the most correct answers advance to a series of card counting exercises conducted on (what else) a live blackjack table to ultimately determine the “World’s Greatest Blackjack Player.”

One of the test questions was on video poker. (This is not unusual since the majority of the blackjack pros in attendance, including me, also play video poker for profit.) I thought it would be fun (and educational) to share with you the video poker question that was on the test, and for you to see if you would have gotten the question correct.

The rules for the test were this: you have only 30 seconds to write your answer on the answer sheet, you can’t use your cell phone or any other aid, and if you scratch out your answer and write down another answer to the question, it will be graded as incorrect.  Ready? Here’s the question.

You are playing video poker at the Snoqualmie Casino and are dealt the 9-10-J-Q-A, all in spades. Here are your options on how to play the hand. What should you do? 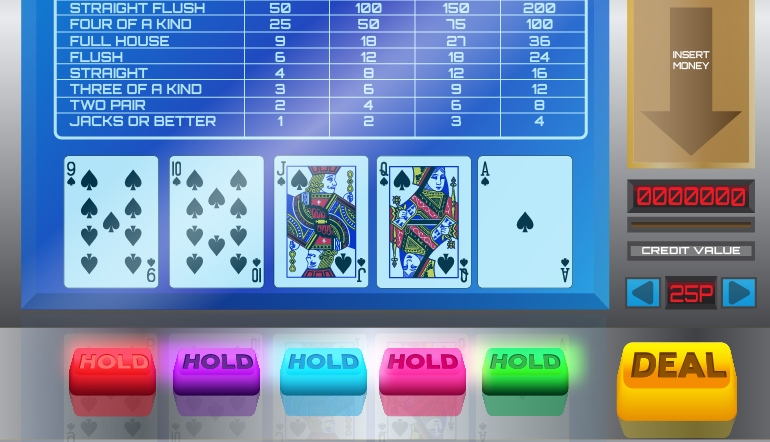 a. Keep the flush 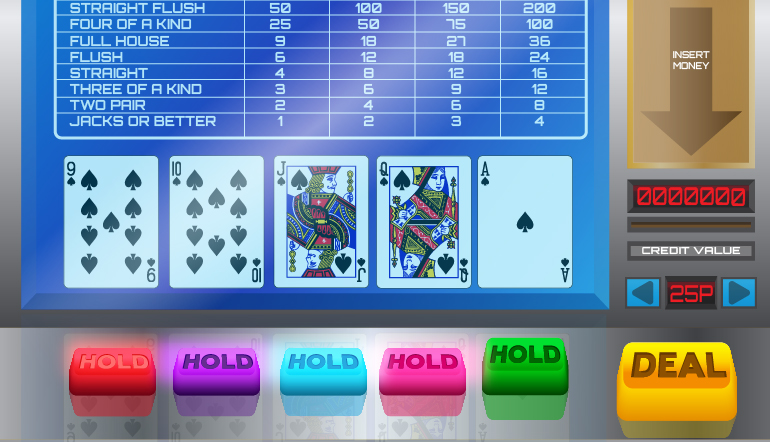 b. Toss the ace and go for the open-ended straight-flush draw 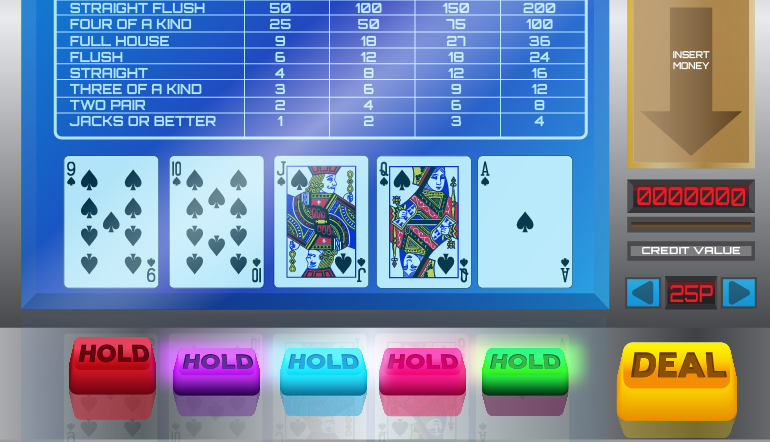 c. Throw away the 9 and go for the royal flush 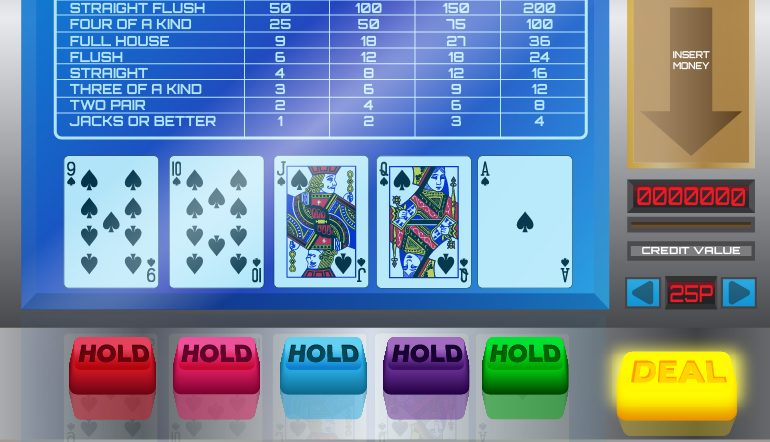 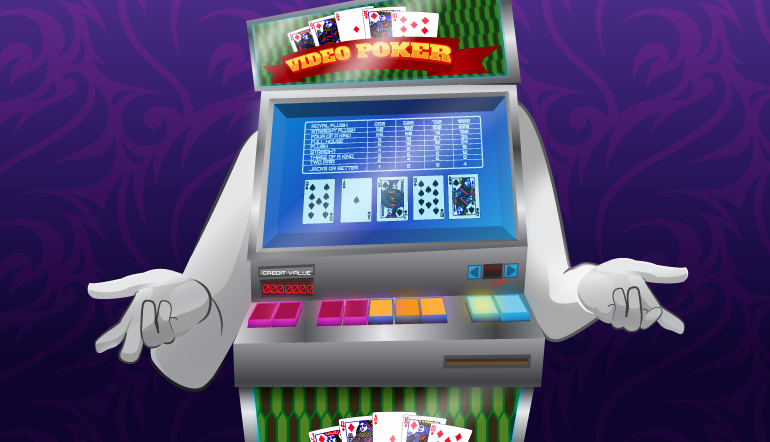 e. It doesn’t matter because you have the same Expected Value no matter what you do.

As is usually the case with the Blackjack Ball test questions, you have to carefully listen to the question as it is being read for any hints that could lead you to the correct answer. For this video poker question, the big hint was that you were playing video poker at the “Snoqualmie Casino,” which happens to be a casino in Washington State (just a few minutes from Seattle) that is run by the Snoqualmie Tribal People. Actually, there were two hints: the first is that you were playing video poker in a tribal-run casino (hint #1), and it was located in Washington State (hint #2). Given this additional information, how would you have answered the above test question?

If you are still stumped, let me explain. With video poker machines that you find in commercial land-based casinos, say Atlantic City, Las Vegas, Tunica, and Biloxi, the final outcome of each hand is determined by a random selection of cards by a random number generator (these machines are known as RNG Class 3).  The RNG randomly selects the cards from a 52-virtual deck of cards. Each card must have the same probability of being selected as it would be if you drew cards from a freshly shuffled deck of plastic cards. But in most (but not all) casinos located on Tribal reservations, the results of a video poker hand either mimic the results of a scratch-off ticket from a pool of lottery tickets remaining in the scratch-off game, or are the results of a bingo game. These types of video poker machines are classified as either Class 2 or 3 machines based on either a Federal Agency known as the National Indian Gaming Commission (NIGC) or local State Regulations.

According to Julie Doerge, Marketing Manager at Snoqualmie Casino, “All Native American casinos in Washington State, Snoqualmie included, can offer only two varieties of video slots and video poker.  Traditional Class 2, which is NIGC regulated and based on bingo, and Washington State regulated Class 3, which is based on electronic pull-tabs (scratch tickets). Snoqualmie’s video poker machines fall into the latter category based on pull-tabs. Washington Class 3 slot machines and video poker follow the same basic rules. A pool of pre-determined outcomes is distributed randomly to the machines as players play. A player presses the spin button (or deal button if it’s video poker), a pull-tab is distributed and the prize is determined. The gaming machine then displays a combination in the amount of the pull-tab award.”

The big distinction being a video poker machine based on an internal RNG (Class III) vs one based on the results of a pull tab (lottery scratch-off ticket or on bingo) is this: the skill of a player can influence the outcome of a video poker hand in a  RNG machine but in the case of the pull-tab (or bingo) based machine, playing skill is futile because the result of your hand is already predetermined based on the result of either the scratch-off ticket or the bingo game. Now with this additional informational, what do you think the correct answer is to the above video poker test question?

I won’t leave you in suspense any more. The correct answer is e. (It doesn’t matter because you have the same Expected Value no matter what you do.)

The key to getting this question correct is to know that in land-based casinos in Washington State, the result of a video poker hand is based on either the results of a lottery ticket or on a bingo game. In the case of Snoqualmie casino, at the very second you hit the deal button, your machine is assigned an electronic scratch off ticket and if the award is, say, 6 coins per coin played, the computer system in the machine then displays the video poker hand that corresponds to this prize, namely a flush. Even if you decide to discard one card from the dealt suited 9-10-J-Q-A to try for the straight flush or the royal flush, when you hit the deal button, you will get the same hand back again; namely, a flush because that was the predetermined result of the scratch-off lottery ticket. (Which is why the correct answer to the Blackjack Ball question is e because no matter how you play your hand, you always get the same final result, or Expected Value (EV), equal to the award of the scratch-off ticket.)

Tip #1: You can always tell if the video poker machine you are playing is based on the results of a bingo game because you will see a bingo card somewhere on your machine’s display. In the case of a video poker game based on the results of a scratch-off lottery ticket, buyers beware because according to Julie Doerge, “In a Washington State Class 3 machine (based on a lottery game), there is no reference or display of the pull tab or scratch card on the machine’s display.”

Tip #2: Suppose you were playing Jacks-or-Better in a commercial land-based casino in Las Vegas or on an online casino and you were dealt the very same hand you got at Snoqualmie casino (9-10-J-Q-A in spades). How would you play it? The correct play is to discard the 9 and try for the royal flush. The EV of the latter is 91.8, which is higher than the EV for holding the paying flush (30) or going for the straight flush (17.6).  Bottom line: If you have a paying flush (or straight) in the same hand containing a four-card royal flush (RGN machine), hold the latter (even if it means giving up an immediate win) because in the long run, you’ll win a lot more by always holding the four-card royal flush.

Henry Tamburin is a blackjack and video poker expert. He has over 1000 published articles, and teaches seminars and courses, on both games. Tamburin also authored the Ultimate Blackjack Strategy Guide