With many similarities to European Roulette, Online French Roulette features classic bets on a wide variety of different wagers. Players may gamble on the outcome of the wheel spin in a number of ways including the number spread, and whether the number will be odd/even or black/red in color.
When all bets have been placed, a dealer (the croupier) spins the Roulette wheel and then rolls a ball in the opposite direction the wheel is spinning. After which, the ball will eventually fall into one of 37 possible numbered colored pockets on the wheel.

When all bets have been placed, a dealer (the croupier) spins the Roulette wheel and then rolls a ball in the opposite direction the wheel is spinning. After which, the ball will eventually fall into one of 37 possible numbered colored pockets on the wheel.

Online French Roulette is one of the easiest games to play, as the majority of the action is performed by the dealer, who manages the bets and operates the wheel. Additionally, all bet types that appear on the table itself are written in French. A translation of each term is given below.

Of these bet types, there are multiple variations in how wagers can be made, extended into two additional types of bets known as Inside Bets and Outside Bets. Here are the differences between the two: Inside Bet: Single number, split, street, corner, five-number, double street
Outside Bet: Red or black, odd or even, 1 through 18, 19 through 36, dozens, columns

Plein (Straight Up): Place a direct bet on any single number.
Cheval (Split Bet): Bets placed on the line between any two numbers.
Transversale Pleine (Street Bet): When a bet is placed at the end of any row of numbers, covering a total of three numbers.
Carré (Corner Bet): Bets placed on the corner where four numbers come together.
Transversale Simple (Line Bet): A bet placed at the end of two streets on the line dividing them. A line bet covers all of the numbers on either street, for a total of six numbers.
Douzaine (Dozen Bet): Placing a bet in one of the boxes marked “1st12”, “2nd12”, or “3rd12” on the table, each of which covers a total of twelve numbers.
Colonne (Column Bet): On the shorter side of the table are three boxes marked “2 to 1”. Select one of the three boxes with a chip to select all twelve numbers on the column above it, excluding zero.
Manque (1-18) / Passe (19-36) (High/Low): A bet placed in the boxes containing “1 to 18” or “19 to 36”, each of which covers a total of 18 numbers.
Rouge/Noir (Red/Black): Wager on whether the number that falls will be red or black in color.
Pair/Impair (Odd/Even): Wager on whether the number that falls will be odd or even.
Trio: Placing a bet on 0, 1 and 2 or 0, 2 and 3. The chip is placed at the point where the three desired numbers intersect each other.
Transversale de Quatre (Four Number Bet): Placing a bet on the corner intersection of the 0 and 3, resulting in the cover of numbers 0, 1, 2 and 3.

A rule unique to French Roulette, the La Partage Rule means if the ball lands on the 0 (zero), the player will only lose half of their original even bet. This rule effectively covers to all even bets including Rouge/Noir, Pair/Impair and Manque/Passe.

The “Racetrack” is located above the main roulette table and provides a variety of pre-defined betting options. Choosing any spot on the racetrack will automatically place the corresponding bets on the main table.

The “Racetrack” inner bets also include the following called bets:

Enable the Autoplay feature to have the computer play a set number of rounds on your behalf. Select Autoplay, choose the number of spins, and click Start to begin.

Payouts for Inside and Outside Bets

In case of multiple wins, all wins are paid together. Malfunction voids all pays and plays.

Adding a bet is done by dragging the chip onto the table.

For the full and official game instructions go here. 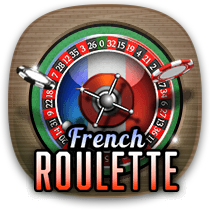 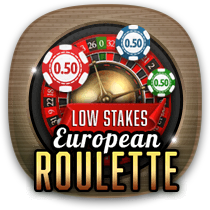