Sit down, relax, and prepare your poker face as Deuces Wild Double Up gets ready to load. It’s simple yet striking gaming screen and gameplay will enthrall you from the start as the stakes get higher and higher… This fabulous video poker game follows all of the conventional rules of 52-card poker, including how the cards are shuffled and dealt, and how hands are formed, with one main exception: all of the action takes place right in front of you on your computer or mobile screen.
This is poker for a new generation – one that’s not prepared to wait for the stakes. In addition to all of the regular poker hands you’d expect, this game offers something a little extra in the form of deuces, which turns every 2 into a Wild Card. From the humble 2 to the most favorable card when used to complete a winning hand, Deuces Wild Double Up gives every card a moment to shine. Now, are you ready to take to the table and show everyone who’s boss?

Deuces Wild Double up is played with a minimum of one hand, and a maximum of 25 hands, in 1, 5, 10, or 25 denominations, a choice that must be made prior to the start of the game. In terms of betting you will find 1-5 bet levels to decide between, and a range of coin values too; set and place your bet, determine the stakes, and sit back at the cards work their magic. When you’re ready to play simply select the DEAL button to lock in all of your choices and wait to see whose poker face will come out on top. A hand of Deuces Wild Double Up is over as soon as any of the players complete a winning combination and collect their dues from the paytable. However, as with the best video poker games online, Deuces Wild Double Up has a little something up its sleeve in the form of a bonus game; prepare to double, or lose, your winnings at a moment’s notice. Have you got the nerves for this?

There are a number of winning hands to be found in Deuces Wild Double Up, just as you’d expect from a regular game of poker:

As if a game of Deuces Wild Double Up wasn’t thrilling enough, this video poker game has a little something else to offer: a bonus gamble feature that enables you to double or lose your prize after every winning hand. Whether this feature is selected at the time by choosing to GAMBLE from the paytable or pre-set prior to the start of any game, you’re going to need nerves of steel; after all, who wants to think about losing the hand they’ve so skillfully just won? During this Double Up players are shown five cards, face down, and tasked with deciding whether each is red or black before they’re turned over. If you decide correctly, you will be rewarded with a predetermined coin value that was shown just prior to you making your guess; if you are incorrect, the bonus feature ends immediately and your winnings will be reset to £0. For every correct guess, players are allowed to continue to bonus round until all five cards have been revealed. You could also choose to collect your winnings at any point if you feel as though your luck may run out. 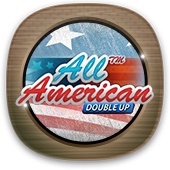 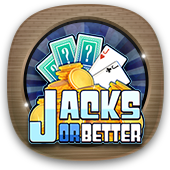 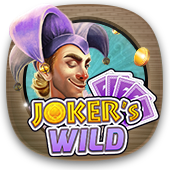 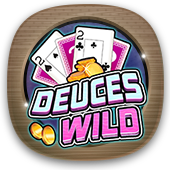