3 Card Poker: What Should You Know Before You Play 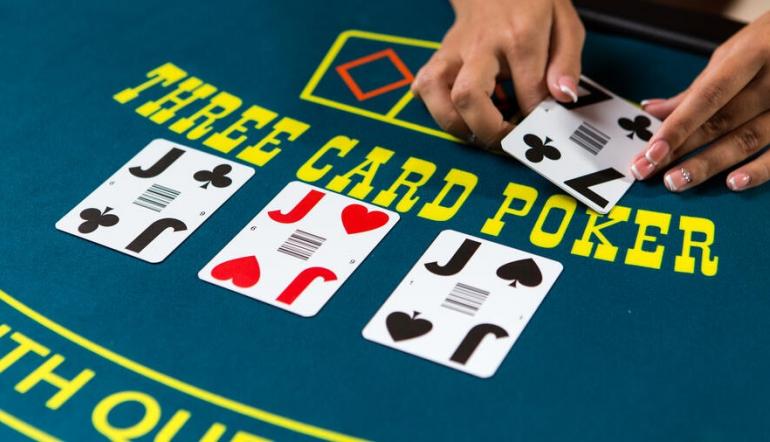 New games come and new games go in the search for the right combination that will resonate with players and keep them coming back for more.

Here are a few things you should know about Three Card Poker before you play.

THREE CARD POKER IS BASED ON STUD POKER

As in any stud poker game, there is no draw. Since this is Three Card Poker, you get three cards and no more. So does each other player and the dealer.

HAND RANKINGS ARE DIFFERENT THAN IN FIVE-CARD GAMES

Flushes occur more often than straights in three-card games, so straights outrank flushes. You see about 1.5 as many flushes as straights in Three Card Poker, as opposed to twice as many straights as flushes in five-card stud games.
Three Card Poker hands are ranked in this order, with a sample hand pictured for each rank:

THERE ARE TWO MAIN BETS: ANTE-BET AND PAIR PLUS

Some tables at live casinos or versions at online casinos have extra bells and whistles in the form of side bets or progressive jackpots, but basically there are two ways to play.

ANTE-BET: You must beat the dealer to win an even-money payoff.

New players should understand that stronger poker hands such as pairs, straights and flushes do rank among Queens or better. A Queen-high hand and anything that would beat it are qualifiers. Here are some examples of qualifying and non-qualifying hands:

PAIR PLUS: This is a wager that your three cards will include a pair or better.

Here are a couple of common versions:

Pay table No. 1 is the original version devised by Webb. Pay table No. 2 is the most common version in use today. They are identical except for the payoffs on flushes. If you have an option of places to play, you’ll get more for your money if you can find the higher payoffs.

At most casinos, you do not have to play both ante-bet and Pair Plus. Choose the way you like to play, and good luck.

3 Card Poker Tips
About the Author
By
John Grochowski