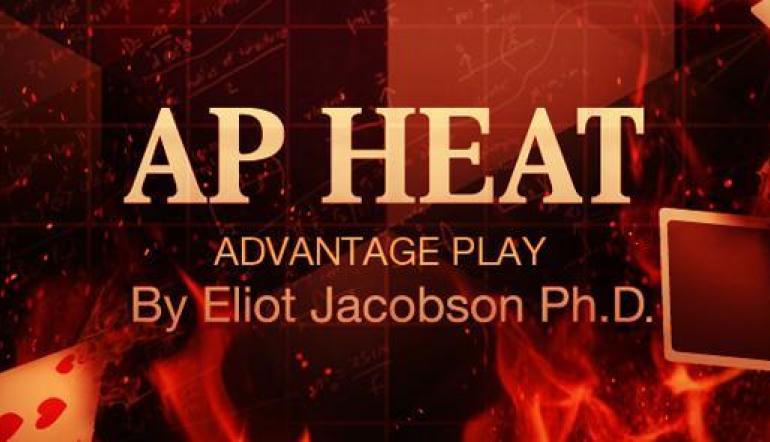 There have now been three court decisions (and two appeals) in three distinct jurisdictions regarding the question of whether edge sorting at mini-baccarat is advantage play. In every case the decision came down on the side of the casino without a determination of criminal cheating. As Phil Ivey's expert in the Crockford's case, I obviously fall into the "edge sorting is advantage play" camp. However, after these decisions, it's a matter of making sense of the verdicts and working outward from there.

As a reminder, there are two versions of baccarat. In one, the players can touch the cards. In this case the cards are "one use." That is, the cards are thrown out after each shoe and fresh cards are brought in for the next shoe. It is obvious that no edge sorting can take place if the game is dealt in this fashion. This version is often referred to as "midi-baccarat" or "big baccarat" depending on the size of the table.

In the other version, played on a blackjack-sized table, the cards are only handled by the dealer and they are shuffled and reused after each shoe. This version is often referred to as "mini-baccarat". Other than the size of the table and re-use of the cards, there is no difference in rules between these versions. In mini-baccarat, edge sorting is possible. However, because the players can't touch the cards, they will need the assistance of the house to achieve their ambition.

The specific method that Phil Ivey and Cheung Yin Sun (Ivey's cohort) used to beat mini-baccarat involved, in every case, employing the unwitting assistance of casino management and the dealer. To begin with, Ivey and Sun needed to get the cards sorted. But they also need to insure that the shuffle had no turn, that the cards were re-used, that the shoe had no faceplate and that asymmetric cards were in use. This package of conditions required substantial social engineering on the part of Ivey and Sun. That they achieved their aim even once, let alone multiple times, still astounds me.

A quick review is in order:

In 2012, Cheung Yin Sun brought a lawsuit against the Mashantucket Pequot Gaming Enterprise to recoup $1.15 million in winnings confiscated by Foxwoods Casino in December of 2011. The tribal commission chairman Georege Henningsen ruled against Sun in August, 2012, stating,

"The Commission's authority to address the Claimant's conduct is clearly not restricted to an analysis to determine whether they engaged in criminal conduct, but simply whether we find they engaged in, '... improper or unlawful conduct ...' in the course of their 'gaming activities'. As noted above, a finding of 'improper or unlawful conduct' is inescapable under the facts before us."

Sun's appeal (in 2015) was denied by U.S. District Judge Janet Hall, who ruled that Sun,

"... couldn't sue Foxwoods because the casino's owner, the Mashantucket Pequots, has sovereign immunity as an American Indian tribe."

In October, 2014, Sun and Ivey lost their now infamous lawsuit against Crockford's Casino. In 2012, the pair won about $12 million by edge sorting over two days of play. In this case, Mr. Justice Mitting ruled that Ivey and Sun,

"... converted a game in which the knowledge of both sides as to the likelihood that Player or Banker will win - in principle nil, - was equal to a game in which his knowledge is greater than that of the croupier ... This in my view is cheating for the purpose of civil law."

Ivey and Sun appealed. In a 2-to-1 split decision handed down in November, 2012, the court denied their appeal. One of the judges, Lady Justice Arden, stated,

"In my judgment, this section [of gaming law] provides that a party may cheat within the meaning of this section without dishonesty or intention to deceive ... on that basis, the fact that the appellant did not regard himself as cheating is not determinative."

And finally, there is the Borgata case. Ivey and Sun successfully edge sorted at Borgata on four occasions in 2012, winning about $9.6 million. In late 2012, after learning about the Crockford's situation, Borgata put a halt to their action. Borgata subsequently sued the pair to recoup their losses. In October, 2016, U.S. District Judge Noel Hillman issued summary judgment, ruling that,

“By using cards they caused to be maneuvered in order to identify their value only to them, Ivey and Sun adjusted the odds of Baccarat in their favor. This is in complete contravention of the fundamental purpose of legalized gambling, as set forth by the CCA [New Jersey Casino Control Act].”

After the verdict, judge Hillman gave Borgata time to make a claim for damages. On November 10, 2016, Borgata stated that they would be seeking $15.5 million from Ivey.

You either pay the players or you put them in jail. My binary thinking shows my ignorance of the nuances of jurisdictional gaming law. Apparently, one can cheat for the purpose of civil law, or engage in improper or unlawful conduct, or act in complete contravention of the fundamental purpose of legalized gaming, without being a cheater.

Using card asymmetries to beat casino games is as old as cards themselves. I know for a fact that edge sorting blackjack has been going on for over 40 years. I have a reference dating back to 1890 indicating that card asymmetries were used to beat the player-banked version of baccarat known as Chemin de Fer. It is simply incomprehensible to me that any casino, anywhere, would not understand the basic game protection imperatives that follow from using asymmetric cards. That's why cards are designed with a symmetric backside to begin with. Yet, in these three adjudicated cases the casino was given a pass on its wholesale ignorance.

I have devoted considerable time and effort to analyzing edge sorting in my research.  Fortunately for the would-be advantage player, edge sorting as it is usually employed against proprietary games is a different beast. The players are not making any special requests tothe casino. They are seeking out game conditions that already exist. They are beating the game as it is offered. In recent instances of edge sorting that have taken place against Caribbean Stud and Three Card Poker, I have not heard the slightest murmur that the impacted casinos were considering taking legal action against the players.

Perhaps the full breadth of social engineering that Ivey and Sun employed at baccarat was enough to tip the scales of justice against them. Maybe those who take advantage of what's available against proprietary games, without engaging in any social engineering, will find themselves on the winning end of some future civil judgment. However, until a case is decided in court that involves the specific parameters by which proprietary games are being beaten, I can no longer say with confidence that edge sorting any casino game is advantage play.

As of now, edge sorting is in the legal twilight zone, residing somewhere between advantage play and cheating. Caveat emptor.