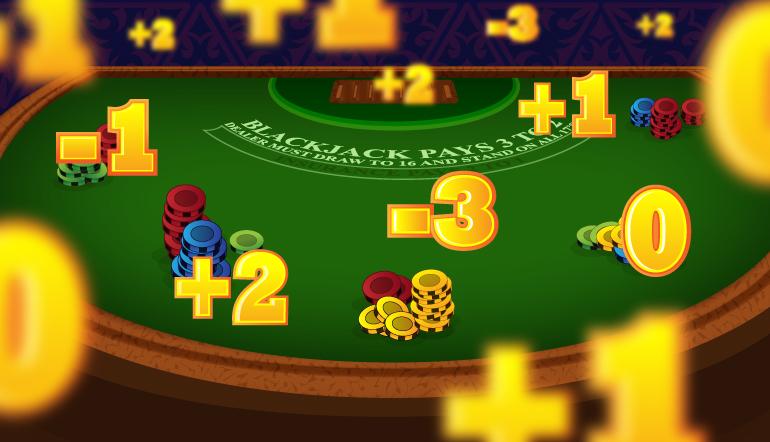 The subtitle of this book is “The Pros’ Approach to Beating Today’s Blackjack.” Trust me; this is exactly what this book is all about.

The book chronicles how a recent college graduate (Colin Jones) took the advice from a friend and learned card counting, and subsequently used the power of team play in today’s casino environment to extract millions of dollars from them over two decades. His experiences and results with card counting that are detailed in the book substantiate that the naysayers, who claim that card counting is dead, are dead wrong.

I first met Colin at Max Rubin’s Blackjack Ball. Even though he was probably one of the youngest invitees who attended this elite event of blackjack professional players, I was impressed with his demeanor and knowledge of the game. I asked him if I could interview him for my Blackjack Insider Newsletter and he obliged.  This was in 2012, and I (and my subscribers) learned a lot about Colin from that interview. Since then, his blackjack team exploits have become legendary.

According to Colin, his goal for writing this book was “to provide an authoritative guide to what you need to know and more important, how you should think about card counting in today’s casino environment.” Colin succeeds in this. Yes, you’ll find chapters that explain the concepts of basic strategy and card counting; however, what sets this book apart from all other blackjack books is the detailed blueprint on how to train, manage, and implement a team of highly skilled card counters, and their experiences playing in casinos throughout the country. You will be surprised at the technology based tools Colin used to do all this while at the same time keeping his team of players motivated for the very long hours they spent crushing casinos.

Colin’s most famous blackjack team was the “Church Team,” which comprised mostly investors and players (and their friends) who attended churches that Colin went to in the Seattle area. With a bankroll of half a million dollars, they won $3.2 million over a three-year period, and investors were provided with a return that beat the stock market by 500%. (Their exploits were chronicled in the video “Holy Rollers.”)

Here are some of the important points that Colin makes in his book that made him and his teams so successful.

1.    Focusing on E.V., which is an abbreviation for “expected value” (or profit potential). The latter is the amount of money you expect to win over a given period of time based on the rules of the game, and your playing and betting strategy. Colin, and every member of his teams, knew and embraced this concept, namely, it didn’t matter if you won or lost; rather it was the value of your playing and betting decisions that was all that mattered.
2.    Maximizing E.V. Colin’s teams played in a manner that gave them the most potential profit from any game. This involved making sure the games were playable beforehand; playing every hand perfectly; making every bet perfectly; playing for long hours (10 hours and longer were normal); getting more rounds  per hour (such as playing heads-up against a dealer); and other techniques.

3.    Maintaining High Standards. Players that Colin recruited for his teams had to go through a vigorous training period and then be tested by him before being considered for a team. According to Colin, the test-out involved three phases: “counting down two or three shoes at team headquarters, with a maximum of being off in the count by a running count of 1 per shoe and no basic strategy deviation, or betting mistakes; an indefinite in-casino test-out where we watched the player in action for as long as it took to feel comfortable handing him or her team money; and 40-80 hours at lower-limit play, followed by a retest. At that point, we continued to test our players regularly to make sure their game stayed at a high level.”

4.    Playing and Betting Aggressively. If the count required a bet of a thousand (or more) dollars on one, two, or more hands, the team players made the bets regardless if they were ahead, behind, tired, or worried about getting thrown out of the casino. Likewise, deviations from the basic strategy based upon the count were expected to be made by each player, even if it meant, for example, splitting tens (a move that often attracts attention from pit supervisors). Their goal was simply to extract as much money as possible from each casino, and they succeeded using aggressive playing and betting strategies.

5.    No Expensive Camouflage. Most card counters employ some type of camouflage (i.e., cover play) either in how they play a hand or bet, simply out of fear of being confronted by casino employees. However, most camouflage plays come at a cost, which decreases E.V. Colin’s philosophy is to “play blackjack fearlessly with no cover. I go after the money. I don’t give them an extra penny of my money.” (Although there is an interesting chapter on “free” cover plays that were sometimes used by Colin and his team.)

6.    Expecting Casino Heat. When playing and betting aggressively for long hours, there is an increased risk of casino heat, including being backed off by the casino. This is why Colin devotes a whole chapter to the different types of “casino heat” he and his team faced and how they handled it. (Colin emphasizes “to try not to sweat it when it comes to back offs.” This chapter should be required reading by every card counter.)

7.    Having Enough Bankroll. Colin does a good job explaining the concepts of risk of ruin, bankroll requirements, and the dangers of over (and under) betting your bankroll. You’ll find advice on how much bankroll you need for different levels of risk of ruin. (For the most part, Colin and his team had enough bankroll for a very low 1% risk of ruin.)  Even though he and his teams had some gut-wrenching losses in the short run, they smartly resized their bets to maintain the 1% risk of ruin. By so doing, they were able to play on to get to the long run where, as Colin put it, “[you] have the math all work out and approach EV. …”

8.    Detailed Team Management.  Colin was often responsible for managing his teams. You’ll find some excellent advice in this book on what to do (and not do) based on Colin’s experiences. (Includes keeping records of each session, determining how much each player will earn, how to split the winnings amongst players and investors, and lots more useful advice.)

9.    Protecting Your Money When Traveling. Colin and some of his team often carried tens of thousands of dollars with them when they traveled around the country. You’ll get plenty of tips on how to keep your money safe when doing so. (There is also advice on playing abroad, including the all-important currency exchange and declaration of winnings when leaving one country and entering another.)

10.    Using a Big Player. Although most of Colin’s teams played solo on different tables (sometimes in different casinos), he had some experience using the Big Player concept, and he offers tips for players that are considering using this playing technique.

11.    Tips on How to Form a Team. Colin shares some useful advice on ways to form a card counting team, including the use of Internet message boards.

This book also includes a chapter on techniques other than card counting that can be used to beat the game of blackjack (such as special promotions, comps, coupons, matchplays, free play, loss rebates, side bets, and more). Also, Colin explains his reasons why he believes the Church Team was so successful, and why it ended (the latter might surprise you). In the final chapter, Colin reflects on the life lessons he learned from 15 years of card counting (interesting reflections).

At the end of each chapter, you’ll find motivating interviews and stories from active card counters that played on Colin’s teams, or were trained by him.  Colin gave this reason for including them in his book.

“Each (player) has a different story about why he or she has approached advantage play, showing the motivations for, and applications of, the principles of this book are as unique as the individuals themselves.”

(Note: The above was a great addition to the book; there is a lot to be learned from other advantage players who have learned and applied the principles in this book.)

Unlike the very limited resources that I, and my peers, had when we started our card counting careers (circa early 1970s), it’s clear that today’s card counters have superior technologically based tools at their disposal that will make their journey to become  successful card counters much more easy and efficient. As you will learn when you read this book, Colin embraced this technology in how he trained players and managed teams.

Bottom line: This book is a highly authoritative and up-to-date guide on how to beat casinos in today’s world, written by someone that has been there, and done that, successfully. Whether you are a recreational player or a wannabe or experienced card counter, if you want to win (more) money playing blackjack, including making a living playing the game, you need to read this book and then apply the successful principles and techniques used by Colin to get the money.

Book Review
About the Author
By
Henry Tamburin Ph.D