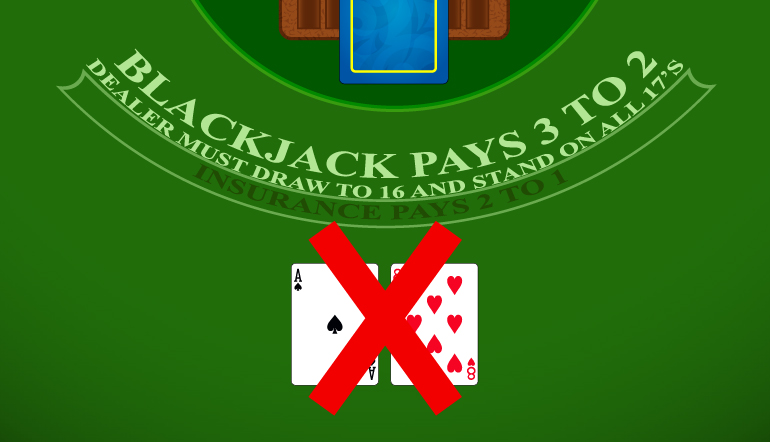 Ever since Ed Thorp published his book Beat the Dealer in 1962 it has been an accepted that the diligent player can beat the casino at blackjack. As a kneejerk reaction to this, the casino owners met and decided to implement a series of changes to the game. After a late night meeting, in a smoke filled backroom, all the casino owners unanimously decided to change the rules of blackjack to make Thorps approach no longer valid. The result was that practically everyone stopped going to casinos. Occupancy ratings at the Las Vegas resorts dropped almost 90% in the weeks after the changes were implemented. The overnight changes made players think that the casinos were not playing fair. After only a few weeks the casinos were forced to reinstate the original rules. But the casinos decided to implement smaller changes over an extended to period of time to again make Thorps analysis invalid. The casinos went from 1 to 2 decks, than to 4 decks then to 6 and finally 8, as well make changes to the hitting, standing doubling rules. Over the years authors have made the appropriate adjustments to compensate Thorps analysis to account for the various rule changes. However some decisions are often misplayed by novice and professional players alike. One of the most commonly misplayed hands is the when the player holds a soft 19 (A-8). Here we will discuss some of the more costly misplays of that hand.

The soft 19 total is a strong hand for the player. In fact it is such a strong hand that it is profitable against every dealer’s up card. It is so profitable that even when the player makes the wrong basic strategy decision the long term expectation is still positive. But our goal as an advantage player is to extract as much money from the casino as possible. So it is our objective to make the right decisions when we are playing. 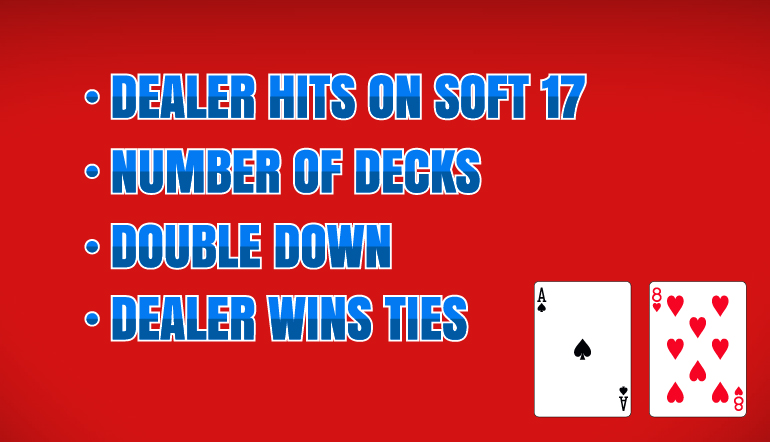 MISTAKE #1: BE AWARE OF THE PLAYING RULES

The first notion for the soft 19 total is that the rules of blackjack you are playing impact some of the playing decisions of basic strategy. This is the strategy that on should adhere to if they were not keeping track of the cards played. For a 2 deck blackjack game whether or not the dealer hits or stands on a soft 17 impacts a critical decisions the player will encounter.

The decision the player faces is when they hold A-8 when the dealer is showing a 6 up card. The reason is that when the rules dictate that the dealer must hit on a soft 17 the correct play is for the player to DOUBLE the original bet. In the case where the dealer is bound by the rules to stand on a soft 17 the correct play is for the player to stand against the 6. This is why the player has to be aware of the rules of the game before sitting down to play. In both cases the correct play gives the player a positive expectation of positive 49.7%. So for every dollar wagered the player will win 49.7 cents. Playing the hand wrong lowers the expectation to around 44%. This means we are making less money than we would get if we played the hand correctly, which is opposite of what the advantage player seeks to do. 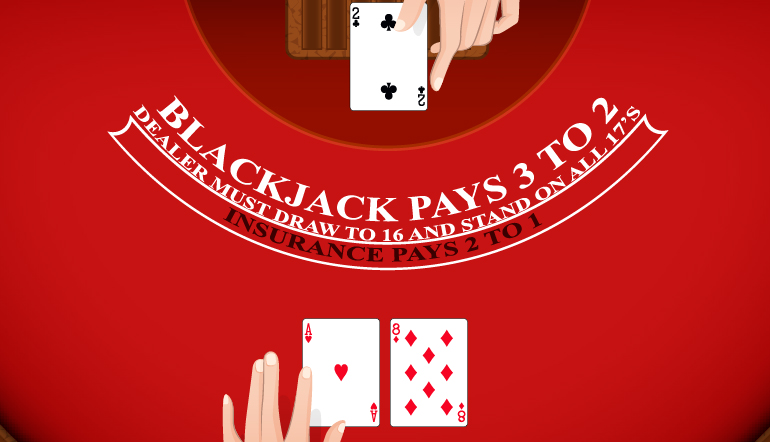 MISTAKE #2: AGAINST A DEALER’S 2 UPCARD

Blackjack basic strategy is how a player plays any given hand when there is no information about the remaining composition of the deck. There are a few instances when the A-8 should be deviated from the basic strategy, this is when there is a preponderance of high cards to low cards remaining in the deck. The one soft 19 hand that causes some confusion is when it’s against a dealer’s 2 upcard.

Basic strategy states that soft 19 should stand against a 2 upcard. When the player is playing and keeping track of the cards played, the player should double the hand when the normalized number of high cards to low cards ratio per deck exceeds 7.5 using a simple high low count.  This contradicts when the player has a hard total of 9 against a 2, when the doubling index number is just below 1.5, for the simple high low counting system. Basic strategy yields a positive expectation of approximately 38%. Doubling the A-8 in the defined circumstances gives an EV of approximately 50% which is a substantial increase. 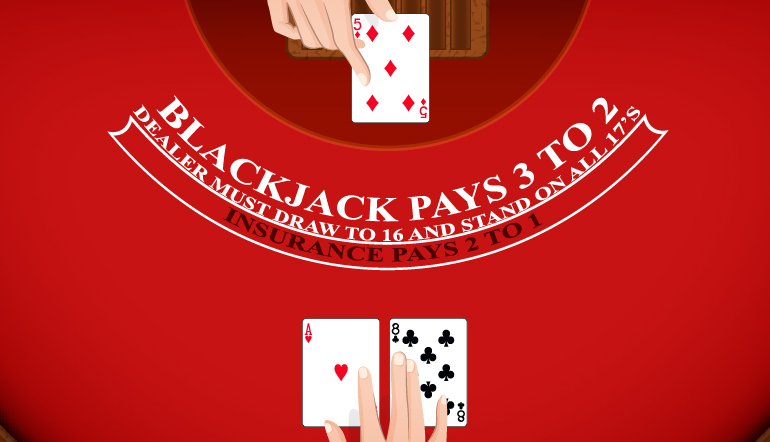 Another A-8 basic strategy hand that should be altered when the player is keeping track of the cards played is when facing a 5 or 6 dealers up card.  When the ratio of high cards to low cards exceeds 2 per deck using the simple hi lo count the player should double their original bet. The EV against a 5 and 6 respectively is approximately 44% and 50%. Doubling these at the defined ratio will drastically increase the EV of the player for these hands.

These are some common mistakes seen for the soft 19 hand in blackjack. A-8 is a strong hand and will yield positive long term results, even if it is not played correctly. The astute player needs be aware of these common errors. Being aware of the errors will aid the player in squeezing every bit of money out of the casino. And that is the overall objective for the advantage player.