When to Split in Blackjack 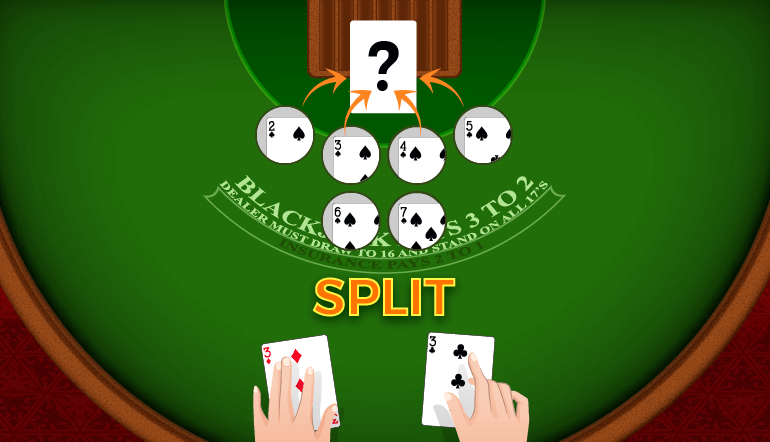 If there is one playing decision that seems to confound most blackjack players, it’s knowing when to split a pair (and when not to). Don’t believe me? Assume you are playing a six-deck game with the dealer standing on soft 17 (S17) and doubling down after pair splitting is allowed (DAS).

WHEN TO SPLIT THE FOLLOWING INITIAL TWO-CARD BLACKJACK HANDS VS. THE DEALER’S UPCARD?

The mathematically correct way to play the above hands is:

If you got a few of the above playing decisions wrong, don’t fret because you are not alone.

The one playing rule that mostly affects the strategy for pair splitting is whether the casino rules allow a player to double down after splitting a pair (DAS) or not (NDAS). Therefore, the tables and charts below show you when to split your pairs when the rules specify DAS or NDAS.

Note: The following strategy is specifically for a multi-deck game (i.e., 4, 6, or 8 deck-decks being dealt). It could also be used for single- and double-deck games without too much loss in expectation. However, if you are interested, you can find the complete pair splitting strategy for double- and single-deck games in Chapter 2 of my Ultimate Blackjack Strategy Guide.

(To use the color-coded charts below, locate your two-card hand along the first column, and then move along the top row of the table for the entry corresponding to the dealer’s upcard. The letter P signifies split. Note the special rule for splitting 8s against a dealer’s ace upcard with H17.) 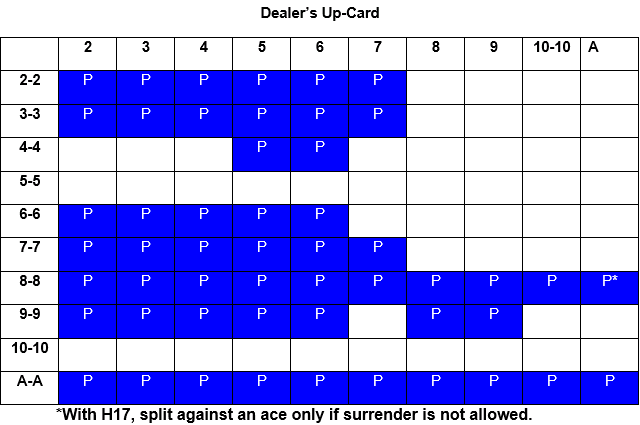 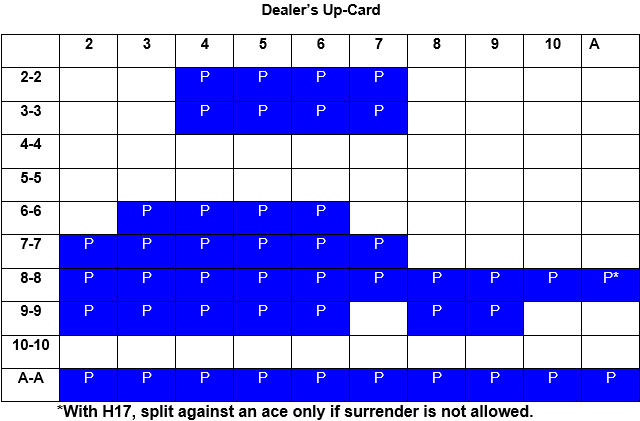 Notice that when you play a game with NDAS, you will be pair splitting less often than when the blackjack rules specify NDAS. Also note that if the rules specify H17 (vs S17), you would surrender a pair of 8s against a dealer’s ace upcard (instead of splitting).

Here are some examples of how you would use the above pair splitting strategy.

If you are playing a DD game, there are only a few changes to the above pair splitting strategy with DAS.

For a single-deck game, there are a few more changes to the above blackjack strategy. If you play mostly single-deck games, I encourage you learning the single-deck pair splitting strategy summarized in the Ultimate Blackjack Strategy Guide.