How to Play a Pair of 2s 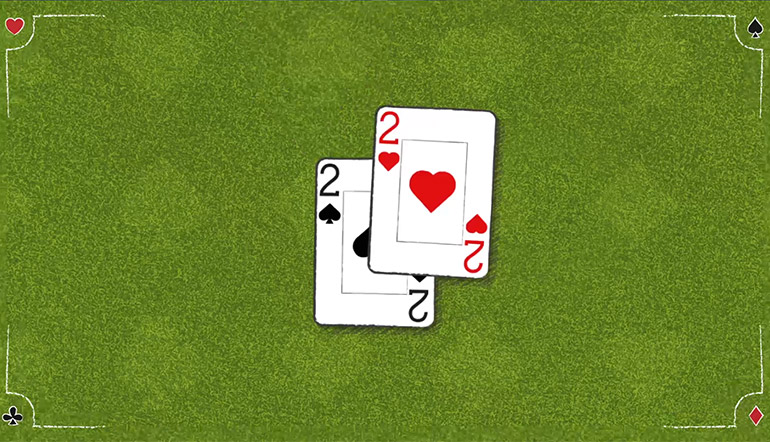 When you are playing blackjack and dealt a pair of 2s (also known as “deuces”), you have two viable playing options:

Which strategy you should invoke depends upon what the dealer’s upcard is, the number of decks of cards being used, and whether double down after pair splitting is allowed.

The basic playing strategy for a double- or multi-deck game where doubling down after pair splitting is not allowed (NDAS) is to:

In a single-deck game, the basic playing strategy is: 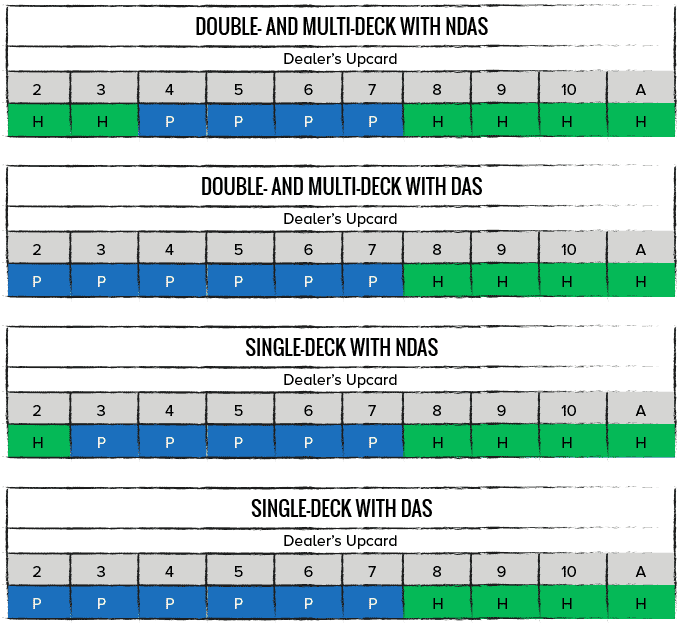 Splitting 2s becomes the better option than hitting if it meets one of these criteria:

Here’s another example. Suppose you are playing a double-deck game with NDAS. You are dealt a pair of 2s and the dealer is showing a 2 upcard. Whether you split or hit, your expectation is negative; however, hitting has a lower negative expectation than splitting, meaning you will lose less money in the long run if you hit (criterion #2).

The reason you split 2s against a dealer’s 2 and 3 upcard when DAS is allowed (double- and multi-deck game) is because the latter is a player-favorable rule that allows you to double your bet if you were to receive a favorable draw card on one or both of your split hands (such as a 9 plus 2 equals 11). To take full advantage of DAS, you split 2s not only against the dealer’s 4, 5, 6, or 7 but also against the dealer’s 2 and 3 upcards.

You will always win more or lose less if you follow the above basic playing strategy for splitting or hitting a pair of 2s.

For a complete basic playing strategy for any set of playing rules, consult Chapter 3 in the Ultimate Blackjack Strategy Guide.