All You Need to Know About the Martingale Betting System 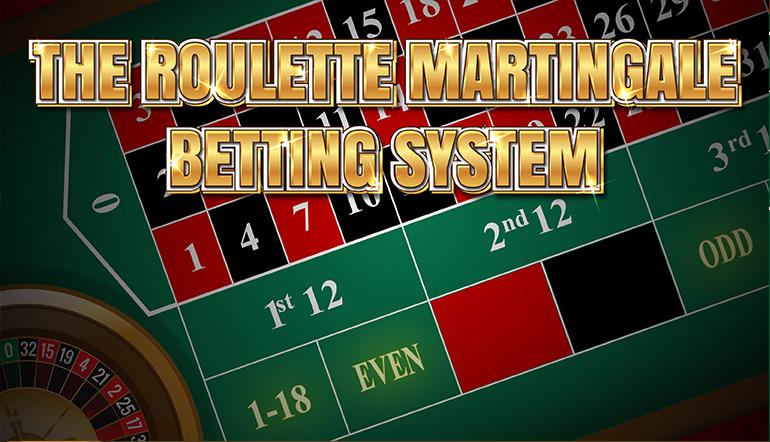 The Martingale is a betting strategy that dates way back before Las Vegas and gambling was a twinkle in Benjamin “Bugsy” Siegel’s  eyes. In fact, it’s first documented use was well before the 18th century. It is rumored to have been started by the greedy casino owner John Martindale. As you may have guessed the name of the Martingale system is a variation on Mr. Martindale’s surname. It is worthwhile to note that Mr. Martindale did not use the system himself, but did strongly encourage its use among his casino patrons. He would often infer to his players that other players had consistently won large sums of money using the system and, because most successful gambling systems are contrary to basic reason, they would believe him. Here we will discuss the ups and downs of the system and, in what specific situations it can work and why. We also define and evaluate the Anti-Martingale variation of the system.

HOW THE MARTINGALE BETTING SYSTEM WORKS?

The Martingale system is one of the most popular betting strategies implemented by recreational players. This is because it has a straight forward and seemingly rational approach. Players believe in the easier the better philosophy and it is definitely that. The player does not have to memorize any complex equations or quickly and mentally calculate wager amounts. The system can be easily applied to online casinos as well as in the traditional land-based establishments. 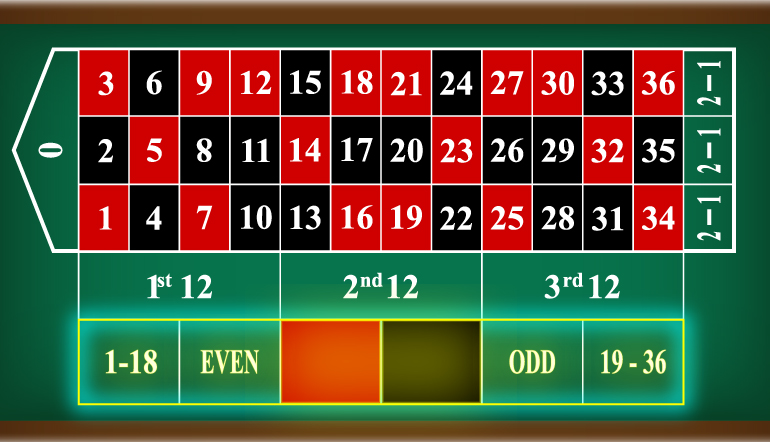 Over the years there have several of variations on the Martingale system. All of these variations orbit around the central idea of increasing or decreasing a bet after a loss. In most cases, the system is applied to games of chance that have a near 50/50 win to loss outcomes, such as the Roulette black and red bets or the pass and don’t pass lines at the craps tables. An uncommon but definitely applicable game that the Martingale system can be applied to is Baccarat.

The traditional Martingale system simply doubles the next bet after a loss is attained. When a win is achieved a new cycle begins. The strength of the system is that the player wins the highest bet of the cycle. Consider the following case:

At first glance and to the mathematically ill trained, the Martingale system seems to be a winning approach to games with a coin flip outcome. The novice player sees this as a sure path to easy money. But like the perception of a parking space near the door at shopping mall on the busiest shopping day of the holiday season, the Martingale is too an illusion.

The system opens up the player to an unlikely but very high-risk approach and for a very slight reward. The Martingale system plays on the statistical probabilities of chance and lures the player into a false sense of security where the approach shows that the player has very high chance of winning several small amounts and has a very low chance of losing a very large sum of money. Because the player is winning small amounts often, the player falls into the false perception that winning more often means winning more total dollars. This is not the case. And because most of the games that Martingale method applies to are subject to the mathematical law of   trials; where this states that each event is independent of the last, there is no way for the player to feel secure in their play without some additional hedging which I’ll discuss shortly but first lets go over why it fails. 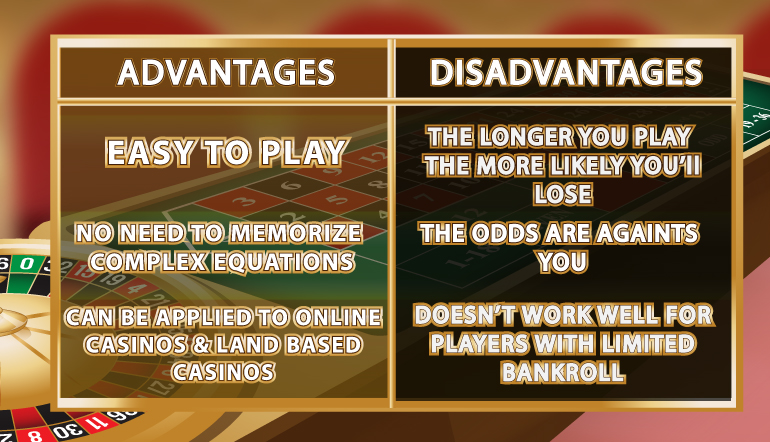 THE PROBLEMS WITH THE MARTINGALE SYSTEM

There are many problems with the Martingale system. The first concern the player needs to understand is that the longer the player plays the more likely they are to experience a bankrupting losing streak. Statistical Mathematics dictates that there is approximately a 0.001% chance of losing a 50/50 bet more than nine consecutive times. This translates into 1 time in every 1000 wager sequences. And because the player doubles their bet after every loss, the player loses more than1000 dollars for the 9 bet sequence. The total loss on a 1 dollar bet Martingale for a 9 bet sequence is $1059. This eliminates any gains the player would have achieved by the max bet of the cycle. In its simplest form, the betting strategy is exposing the player to exceptional losses on an average of 1 time in every 1000 sequences.

The second and, third concerns that the player has to consider, is the constraints of the betting limits that are imposed by the casino and, the limited bankroll of the player. The betting limits of any casino ensure that the Martingale system will not be beneficial to the player. Most live roulette tables have an outside bet table max of $1000; and, after 9 bets the table max is reached. The player is prohibited by the rules of roulette from increasing their next bet.

Baccarat has some very large table limits and employing the Martingale method at these super high limits gets the player closer to an even game but ultimately a 15-20 loss streak will catch up with the player wiping out any gain achieved prior to the loss streak. But to even consider this approach an enormous bankroll has to be available for to the player.

In general cases, if a table max was reached the player, would have the option to move to a table with higher limits. The problem with this approach is that it is entirely possible that the player could continue loosing several more times. And again after every loss the player has to double their bet. For the system to be plausible the player must possess an infinite bankroll, and the table limits must also be infinite. Both of these requirements are never the case and therefore the Martingale collapses under mathematical scrutiny.

There is a way to hedge your bets while using the Martingale betting system that gives the player positive expectation, but they can only be used over a very short time and do not have any long-term possibilities. The way a player does this is with the use of promotional chips. These are chips offered to a player by a casino that can be wagered but have no cash value. If the player wins they get the money but if they lose the wager it does not cost them anything. It is essentially a free bet. It shifts the percentages because there is no negative edge on the wager.

The Martingale is a not system that leads to a positive expectation for the player, and should not be treated as such. To even consider using the method to make money hedging methods like promotional chips have to be used.

Martingale
Roulette Tips
About the Author
By
Nicholas Colon