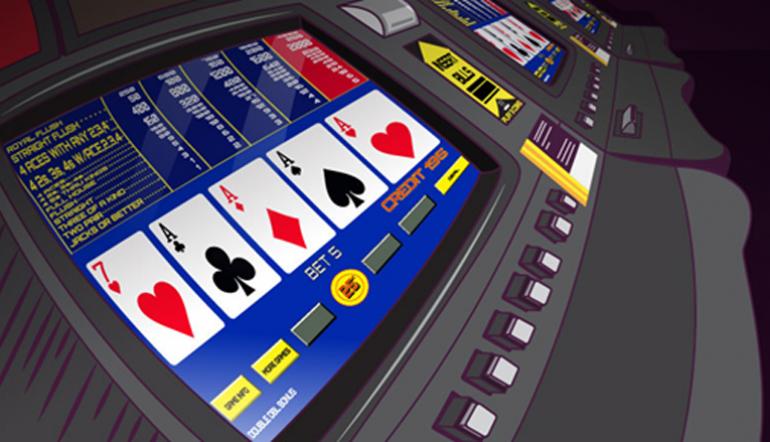 In the more than half a century video that poker machines have been available, several schemes were developed to “cheat” the machine in order to win more money.

Some were successful – for a while. Others were just wishful thinking or schemes hatched by scam artists and offered to the unsuspecting and gullible gambling public.

Part one of this topic highlighted some techniques that did not work. This article covers a couple of schemes that actually worked. Worked for a while, that is.

Video poker machines have come a long way from the original offering. Along the way clever individuals have noticed certain patterns that developed. One of these is based on the way the random number generator operated.

The original video poker machines worked like this. At the instant the player hit the “Deal/Draw” button, the RNG generated a sequence of 10 numbers representing 10 cards – five for the original hand and a replacement for each of these cards if it is not held.

Amazingly, this allowed a clever and motivated gambler to develop a method of beating the game. This gambler bought a video poker game and played hundreds of thousands of hands. He kept track of the five cards in the initial hand and the five replacement cards.

After an immense investment in time and energy he was able to determine which initial hands had prospects for a good win along with the cards to hold to produce that win.

While in the casino, he played the normal strategy for hands that were not shown to be big winners. Once he was dealt a hand that was a big winner (with the proper hold), he would hold that/those card(s) and collect the jackpot.

Things went very well for him for a while. But casinos started noticing that he was getting far more royal flushes than normal. This attracted close scrutiny of his play and he was soon caught.

As part of his plea deal, he showed the casino how the system worked. He had an advantage because he knew the replacement cards behind each card of the original hand. Without this information, he had no advantage.

Since there are two separate random events required to produce the final hand, there was now no way to know which cards would replace the discards.

Once the procedures were updated in all video poker machines, this scheme for cheating video poker no longer worked.

I am sure that many others have tried to thwart the current RNG processing, but none have been able to crack it – at least not so far. 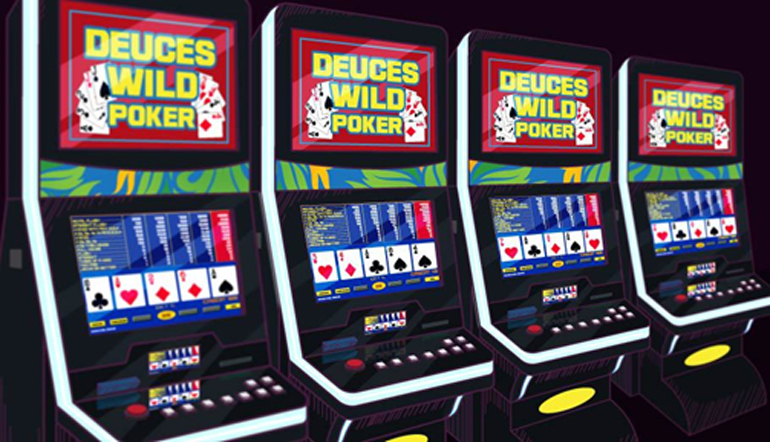 There is one more scheme for cheating video poker machines that worked – for a while anyway.

In early 2009, a man named John Kane discovered a bug in the Game King video poker machine. Kane was a virtuoso pianist who also ran a management consulting practice, which included a third of fortune 100 companies as clients. He was used to handling and making large sums of money.

Unfortunately, he was also used to gambling away huge sums in the casinos in Las Vegas, where he lived. He was enamored with the Game King machine which offered several different games in multiple denominations.

Kane was so hooked that he lost between tens and hundreds of thousands per year for several years. In fact, in 2006 he blew $500,000 on the Game Kings at Boulder Station. On the plus side, that monumental loss gave him enough Player’s Club points to pay for his own Game King machine. The machine even came with the technicians needed to service it.

With all his previous losses, Kane was due for some luck. In April 2009 he was playing Game King machines at the Fremont Hotel and Casino in downtown Las Vegas. He was switching between games and having moderate success. When he hit the “Cash Out” button, the machine locked up showing a jackpot of over $1,000.

Kane knew it was a mistake. In fact, when he told the attendant, the employee thought he was joking and gave him the money anyway.

Kane realized that he was onto something. He had inadvertently made a series of moves that “tricked” the machine into paying more than it should. In reality, there was a glitch in the software.

The Game King’s programming is extremely complex. It must handle multiple games, multiple denominations as well as some special features. At the Fremont, where Kane had his large payout, Game King machines allowed six different denominations from 1 cent to 50 cents.

The key to exploiting the glitch was to find exactly the right circumstances that would allow the player to switch denominations retroactively. With this information, the player could play at the penny denomination until a good hand appeared, such as four aces or a royal flush. The player could then switch to the highest denomination (50-cents at the Fremont) and trick the machine into paying the jackpot at the higher level.

To help with the task of finding this magic key to riches, Kane enlisted the help of his friend, Andre Nestor.

Together, the two went back to the Fremont, sat down and attempted to determine the exact sequence of steps that would trigger the larger payouts. After several hours they were able to come up with a step-by-step sequence that worked every time.

They left the Fremont, had dinner and took the night off. The following day they went back to the Fremont. The recipe for success worked just as well as the previous day.

Obviously, they couldn’t take a lot from one casino. It would cause too much attention – especially at a lower-level casino. They needed to spread their play around to different casinos.

Fortunately for our duo, Game King machines were common among casinos all over the Las Vegas area – from convenience stores to the most luxurious casinos. 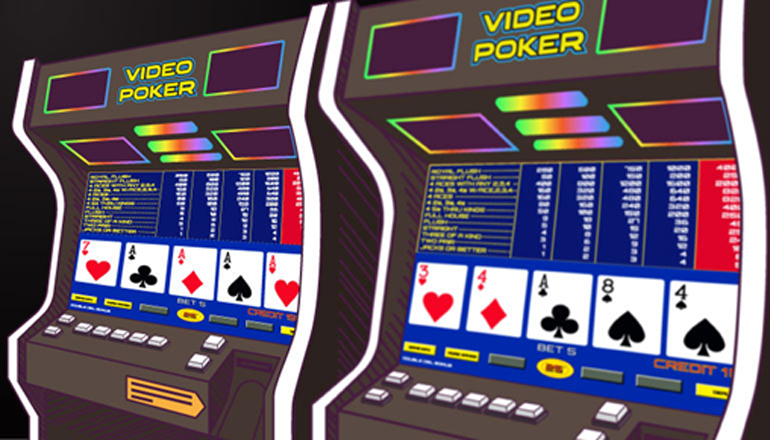 Kane and Nestor tried a different casino. To their surprise, the button sequence did not work. They tried several other casinos including the Stratosphere, Cannery, Hilton, Hard Rock, Terrible’s, Luxor, Tropicana and five others.

The sequence failed at all of them. It seemed that it only worked at the Fremont. Dejected, Nestor returned to his home in suburban Pittsburgh.

Kane, however, decided to get what he could from the Fremont Game Kings. He was able to accelerate the process by using the game's “Double-up” feature. By selecting this feature, the player was able to double the win or lose it all.

Kane’s experience with double-up worked well. In fact, after using the strategy for five weeks at the Fremont, Kane collected over $100,000.

Of course, these wins attracted the attention of the casino. The bank of four Game Kings went from netting the casino a steady $14,500 to costing it $75,000 in one month.

Eventually, a slot manager approached Kane after one of his wins. He announced that the double-up feature was being disabled, since he noticed Kane used it consistently.

This did not really bother Kane, since he figured the glitch was exploited by the button sequence, and not impacted by the double-up feature. He may not win as quickly, but he would still win.

To his surprise, the next time he played at the Fremont, his secret button sequence did not work. The Fremont machines worked just like those at all the other casinos.

The double-up feature was not very popular with video poker players. They were irritated by the “Do you want to double-up?” message that appeared after each win. Because of this, virtually all the casinos had the feature turned off.

Kane contacted Nestor and explained what he found. That’s when the bulb lit for Nestor.
With the feature activated, the button sequence worked. With it deactivated, it did not work. The double-up feature was the key factor all along.

Fortunately, turning the double-up feature on or off was a simple task that any passing slot attendant could handle.

Nestor returned to Las Vegas and the pair headed to other casinos. They would sit at a Game King machine and if the “Double-up” feature was deactivated, they would ask for it to be turned on. Slot attendants would happily do so.

Now they could play anywhere and win almost at will. Working as a team, Kane and Nestor were able to gain new insight into the glitch.

They discovered that they could replay the same winning hand. All that was necessary was to lower the denomination, hit a button sequence, and raise the denomination again.

This is very risky. Even in a busy casino, management would notice the same hand winning more than once. But the duo did try it on occasion. Nestor won $4,000 on four aces. After waiting a while, Kane moved to the same machine and had a $4,000, four aces win of his own.

They could even piggyback on other players' wins. If they noticed a previous winning hand on an unoccupied machine, they could perform their magic and collect on that win themselves.

Here are the exact steps Kane and Nestor used to trigger the Game King money
machine.

That was all there was to it. How could this glitch happen?

As mentioned previously, the software is extremely complex. Notice how the sequence changes denominations and games, inserts more money, and plays at various times. This is nowhere near normal video poker play.

While game manufacturers have intensive testing approval routines, this one slipped through the cracks fairly early in the machine’s life cycle. It was then replicated from release to release for nearly seven years.

Kane stumbled onto this sequence quite by accident. He refined and documented the process. He won hundreds of thousands of dollars (more than $500,000 according to FBI information).

But Kane was eventually caught. As it very often the case, greed was this gambler’s undoing.

A mere three months after detecting the glitch at the Fremont casino, Kane played at the Silverton Casino. He won a $4,300 jackpot which required a W2-G. A mere 11 minutes later another win of $2,800 – another W2-G. Another $4,150 jackpot (and W2-G) a few minutes later.

Kane was not happy winning one, two, or even three jackpots. Kane continued to play. Greed overtook common sense.

Casino management was watching him by now. No one was that lucky. They were aware that he wasn’t using any of the known cheating devices. He was simply pushing buttons. After Kane’s seventh jackpot ($10,400) in an hour and a half, the casino knew something was wrong.

After his eighth jackpot worth $8,200, the casino took action. As Kane was waiting for his payout, three casino employees approached him, handcuffed him, and escorted him away from the gaming floor.

An armed Gaming Control Board agent sealed the machines Kane played. Kane’s wallet and $27,000 in his pocket were confiscated and he was booked on suspicion of theft.

A lengthy prosecution battle ensued. However, in the spring of 2014, all charges against Kane and Nestor were dropped.

The glitch in the code was found and corrected. Who knows how long the two could have extended their winning ways had greed not overtaken them?