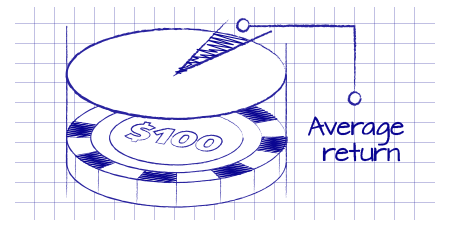 Of course, a player never gets exactly $94.74, or $99.54, or $96.63 back at the end of a round. He may lose his wager of $100, he might push, or he might win $100, $200, or something else can happen. For example, if the player placed $100 on 34-red in roulette and won, he would win $3,500. If a blackjack player split to four hands, doubled on each, and then watched as the dealer pulled a six-card 21 beating him on all hands, then the player would lose $800. Each time a round completes, the amount the player actually wins or loses will be a value that is usually different than the average return he expects. Over the long run, these different returns will average out. The average return is the ratio of the sum of all the returns to the sum of all the initial bets.

We need a measurement of how wildly the various returns on individual rounds of a casino game are from the average return. That’s where the standard deviation and variance come in. 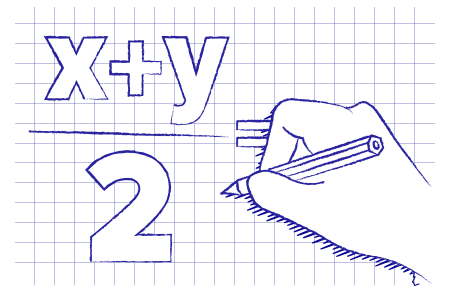 There is a technical aspect to the standard deviation that comes from what it means to find the “average.” We illustrate this technicality by first considering two methods of finding the average of values X and Y. 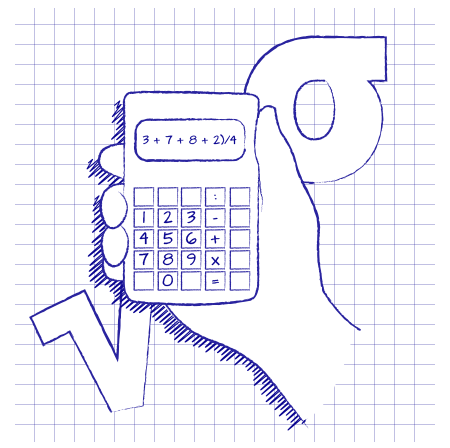 TO COMPUTE THE STANDARD DEVIATION OF SOME DATA:

FOR EXAMPLE, THE STANDARD DEVIATION OF THE VALUES 3, 7, 8 AND 2 IS FOUND AS FOLLOWS: 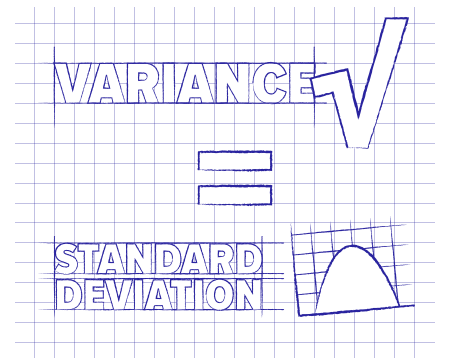 Suppose you work at a job and your paycheck is $1,500 per week. You quickly come to rely on the steadiness of that income. You make choices about purchases, vacations, health care and other matters based on knowing an exact amount of cash that will be paid to you on a certain date. Any time the data points are all the same, the standard deviation is zero. Because the only data point is $1,500, your average salary each Friday is $1,500. The standard deviation is σ = $0.00. We’re going to experiment with a few more ways of getting paid. All of these methods have the same expected salary: getting paid $1,500 per week over the long run. 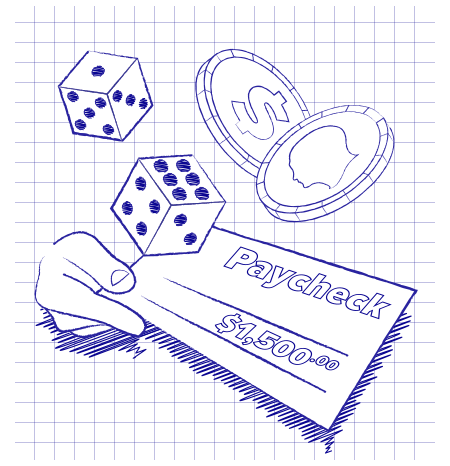 I would be very uncomfortable having a day job and not knowing come Friday if I will get paid or not. I want to know that fifteen hundred dollars will be in my hand. If I wanted to gamble with the least volatility, then using method 1 would be the choice. If I wanted to gamble on my salary with the greatest volatility, then method 4 would be the choice. Most of us want no variance at all when it comes to our day job. Turning this around, when people play a casino game, they are willing to pay the casino a certain fraction of their wagers in order to get have an experience of variance that suits their comfort level. The product the customer is purchasing is the variance and the adrenaline rush that comes with it. No one would play a zero variance slot where every single time they pulled the handle, they lost 5 cents on their $1 wager. Nor would players enjoy wagering $1 in the machine that says “Change” with its 0% house edge and zero variance. Both of these zero variance games sound pretty dumb. However, players have been knows to play with zero variance on roulette – they play the same wager on all 38 numbers; this scheme loses just over 5 cents for every dollar wagered. Players do this, for example, as a way to earn free drinks or other comps. Likewise, simultaneously playing the Banker and the Player at baccarat, or both the Pass and Don’t Pass wagers in craps are situations with very low volatility: most rounds a specific amount corresponding to the house edge is lost.

LET’S LOOK AT THE STANDARD
DEVIATION FOR THE TWO LOTTERIES. 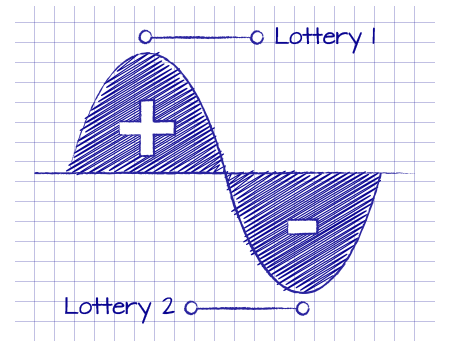 For most players, the variance for lottery 1 is too high and the variance for lottery 2 is too low. Players like a range of variance in their casino games. Sometimes high variance will sell, but low variance almost never sells. Just as customers don’t want variance when it’s part of their income, customers do want variance when it’s part of gaming entertainment. For most of us, our comfort level for our weekly paycheck is a variance of $0. But when a player sits down at a casino game, it’s all about variance. Variance creates excitement. Variance drives the adrenaline rush. Variance is the product.