Player or Banker: The History of Baccarat 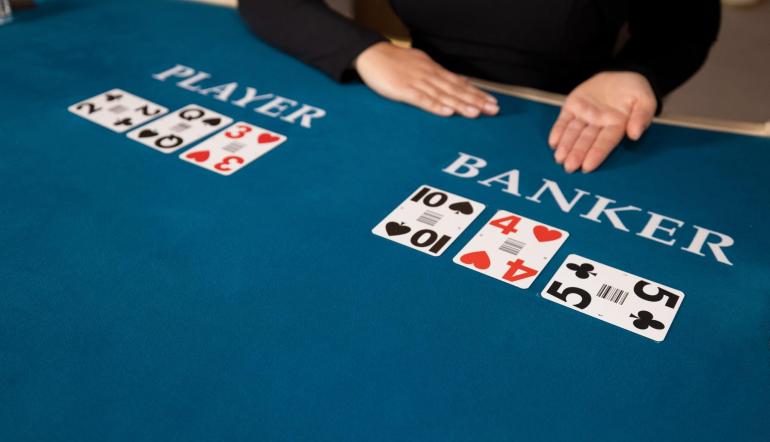 What is essentially a simple game that has been around for centuries is viewed by many as a high-class game played by those in the upper echelon. Many may think of a tuxedo-clad James Bond playing the game in some fancy Monte Carlo casino salon.

But baccarat is fairly easy to follow and play with Italian and French roots and remains highly popular centuries after the game was introduced in European gambling houses. This article details the complete history of the game from its roots in high-end gambling houses to private games to eventually thrilling gamblers in Las Vegas.

1 – How to Play Baccarat

While the stereotype of Baccarat (also known as Punto Banco in some parts of the world) as a game simply for the upper crust of society certainly endures for some, the game requires no real advanced training or advanced strategy. There are some basics to the game and anyone can play.

This classic game also has now gone beyond the high-stakes area in the casino and the “mini-bac” version can often be found on the main casino floor. Players will also find plenty of Baccarat action online, often at lower stakes than one might find a traditional casino. Here’s a quick look at the basics of both classic Baccarat and Mini Baccarat.

Baccarat is one of the oldest casino games and is pretty simple to play. Players will also find a small house edge when dropping some money in the game. Here are some important things to remember when playing Baccarat:

A game of Baccarat begins with all players betting on the player, banker, or a tie. The dealer then deals two cards for the player and two cards for the banker. The goal is to get as close to 9 as possible with any two-card hand adding to 9 called a Natural. For example, 10-9 would be a Natural 9 with the 10 worth zero and the 9 reaching the top possible score.

Hands can’t total more than 9 and and simply drop 10 when going over. For example, a player may receive 8-8 for 16. This hand is actually worth 6.

A Natural 9 is an automatic winner and the next best hand is an 8 (also called a Natural). If neither of the two hands total 8 or 9, a third card can be drawn and is entirely based on predetermined baccarat rules. There’s no decision to make, these rules dictate what happens next and whether a third card is given:

That’s quite a bit to remember, but there is usually a chart available at the table to guide players. The dealer also knows the rules and can answer any questions.

Many casinos also often offer a Mini Baccarat version on the main casino floor. These usually feature lower odds and a table for fewer players. In the mini version, all cards are also simply dealt face up without players touching the cards at all. 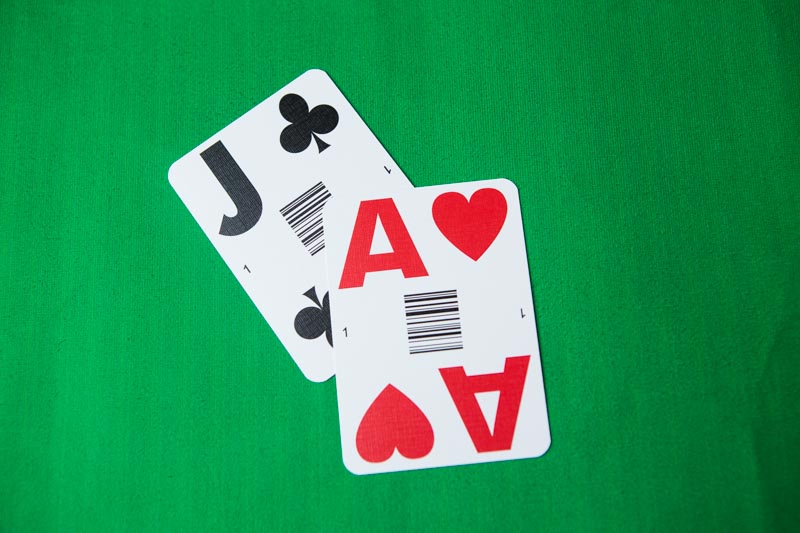 Like many of the popular casino games players find in a casino today baccarat is believed to have been derived in Italy and France. From 1650 to 1800, gambling thrived in France and in much of Europe – giving birth to the modern casinos and games seen today. For such a simple game, baccarat has remained incredibly popular since the game was unveiled in the 15th Century.

French soldiers are believed to have brought the game to France after returning from battle in the Italian Wars during the reign of Charles VIII. The game is thought to have first been introduced to the French in 1490. In Italy, the game was known as baccara and later surged in popularity during the reign of Louis XIV (1643-1715).

“It became a favored game of the nobility but, by the Napoleonic period, could be found in illegal gambling houses as well,” author David Schwartz notes in Roll the Bones: The History of Gambling.

However, while other games thrived in the intervening years, baccarat began to take a back seat. The French prohibition of public gaming in 1837 even saw the game go virtually underground in the country, played mostly in private games.

For the next half-decade or so, that’s how the game would mostly be played. But the rebirth of casinos would soon have players back to the tables dropping some cash on either the player or banker again.

When French gambling laws were relaxed in the early 20th Century, the game saw a resurgence in the casinos along the French Riviera. The game remained popular among the properties’ wealthier customers and also helped cut into the profits of more traditional casino markets like those seen in Monaco.

At the time French casinos weren’t allowed the full complement of casino games. However, baccarat and some unique business strategy helped France see a rebirth of the country’s casino industry. 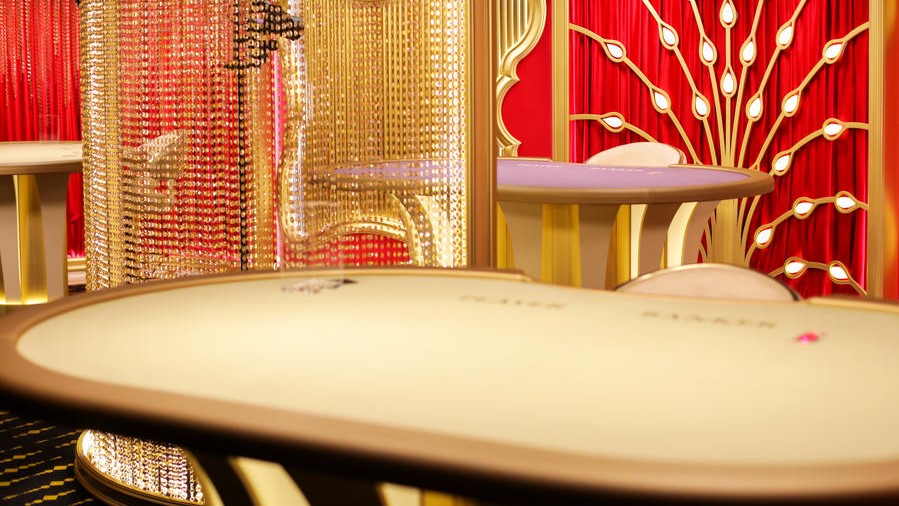 “With the popularity of baccarat, casinos in Cannes, Antibes, Juan-les-Pines, Deauville, and Nice began to cut into Monte Carlo’s markets,” Roll the Bones notes. “Since they did not have the bonanza of the lucrative mercantile game of roulette, they adopted a more balanced business plan. Instead of using entertainment and dining as loss leaders, as the Rhine resorts and Monte Carlo had, they derived some substantial profits from them. Critical visitors blanched at the high prices of drinks, cigarettes, and dinners, but paid them before losing tremendous sums to each other at chemin de fer (an early version of Baccarat). Still, they paid – and played – and the Riviera casinos soon rivaled Monte Carlo itself.”

During this time, baccarat also saw growth into other countries as well. It is believed tha King Edward VII introduced the game to Great Britain and first reached the U.S. in 1911, played mostly in underground gambling clubs in New York. Chemin de fer also saw some interest from American gamblers as well.

“Chemin de fer was first played (in the U.S.) in 1920, shortly after World War I, in the homes of wealthy Americans vacationing in Palm Beach, Florida,” Scarne’s New Complete Guide to Gambling notes.

The American introduction to baccarat didn’t last long and the game didn’t reach serious prominence again for American gamblers until the 1950s in Nevada. The birth of Sin City gambling began bringing in players from around the world and the banker-versus-player action appealed to many of these well-heeled players.

Singing legend and part-owner of the Sands Casino Frank Sinatra was even known to take the baccarat palette on occasion. The palette is a flat wooden paddle-like device used to collect cards on the table felt.

As Cuba flourished with American tourists, including many gamblers, baccarat could also be played in the island’s casinos as well by the 1940s and ‘50s. Baccarat even became the chosen game of everyone’s favorite superspy James Bond, who played the game in numerous films in the 1960s, ‘70s, and ‘80s.

Most modern casinos offer some form of baccarat and now feature games that feature games catering to a broader range of gamblers.

The game even garnered some major headlines over the last few years thanks to an interesting turn of events involving one of the biggest names in poker. Card-playing legend Phil Ivey was embroiled in controversy for winning millions in a form of the game called punto banco. He was charged with using an assistant to engage in edge sorting.

This practice involves finding tiny irregularities on the backs of cards, a long-term statistical advantage for the player over the house. Regarding the Ivey case, the New York Times notes, those irregularities come “as a consequence of the manufacturing processes, were trimmed slightly differently on top and bottom, resulting in uneven margins of 1/32 of an inch or less.”

Court appearances for Ivey and his associate followed. They ultimately lost their cases and the vast majority of their winnings. The hype kept this historic game in the news for a few years and may have drawn even more players to the tables.

Online players can also regularly find some action, with virtual casinos offering numerous options and stakes. That includes the option to play various stakes that may not be found in a traditional casino.

So for those looking to live a little like James Bond or just wanting to simply try something new, grab a seat at the baccarat table. Maybe you’ll experience a nice win befitting one of those 16th Century aristocrats – with plenty of francs (okay, maybe dollars instead) heading your way. 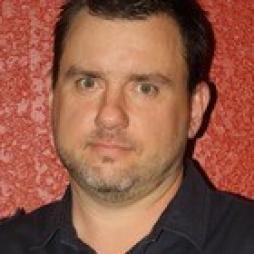