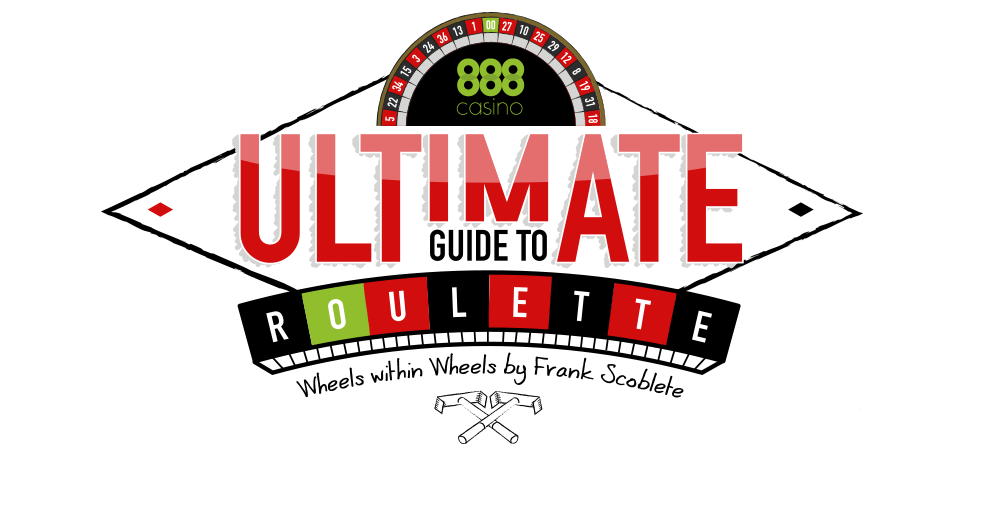 This chapter will let us take a brief break from the intense information given in this guide thus far. It is the bridge between the best of random roulette and the attempt to actually get an edge at the game.

It’s for fun; just plain fun; the kind of fun that winning big money during those great occasions is fun.

Come on, don’t you enjoy reading about the great wins and the outlandish figures who have populated the world of roulette? Even if some of these stories might be apocryphal, they get the juices flowing. The great characters of roulette add an air of wonder about the game for those of us who (unfortunately) remain mortal.

Here is a table with some of the most famous names in roulette history and their epic contributions to the roulette mystique. MEET JOSEPH

MEET JOSEPH JAGGER: WAS HE THE FIRST “BIASED WHEEL” WATCHER?

In 1873, Joseph Jagger became known as the man who “broke the bank” at Monte Carlo. Of course, “a bank” – as many casino players know – is the amount of money the table has available, not the total amount of money the entire casino has locked in its underground, nuclear protected vaults.

Jagger was a “bias wheel” watcher, perhaps the first, and after several days of studying Monte Carlo’s wheels he discovered a wheel that was decidedly biased; it was evidently off because numbers jumped from it and said, “Mr. Jagger, please wager on me.”

He then bet the numbers that seemed to show the bias and he won a fortune. It is believed he bet between 8 and 10 numbers per spin and these came in routinely. It took the casino some time but the bosses finally wised up and got rid of the biased wheel. As far as anyone knows Mr. Jagger rode off into the sunset never to gamble again. Would most gamblers have that kind of discipline! 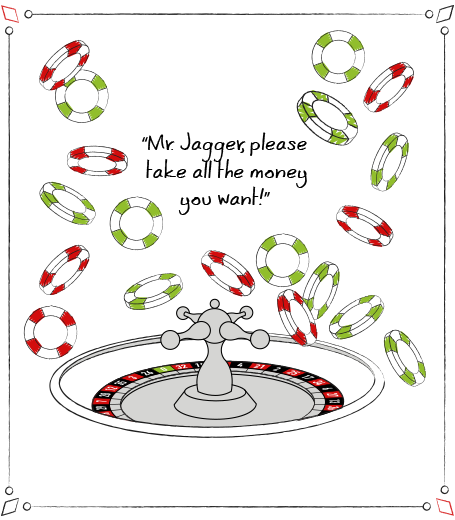 Some years after Joseph Jagger broke the bank at Monte Carlo another young man gave it a try and even surpassed Mr. Jagger. This young man was W.N. Darnborough. He played between 1904 and 1911 and won $415,000.

He was a wheel watcher, now also called a “wheel clocker,” with a keen sense of observation. It is said (I don’t know if this is true but it is a great anecdote) that he once bet on the number 5 and it hit on five spins in a row. That’s five for five!

He gave up gambling in 1911, married the woman he loved and lived happily ever after. He had a slew of children and grandchildren, many of whom became famous for things other than gambling. 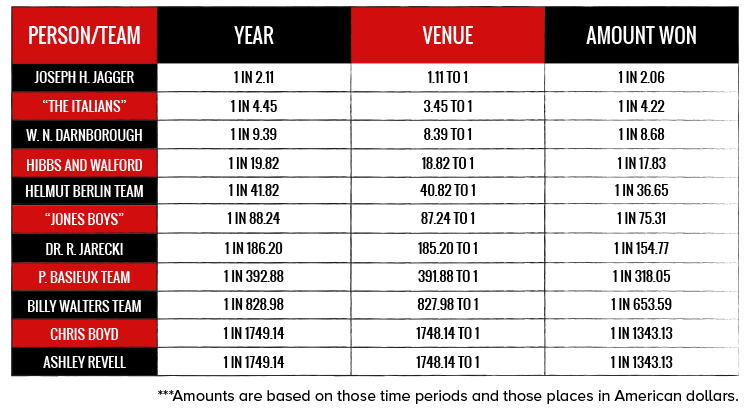 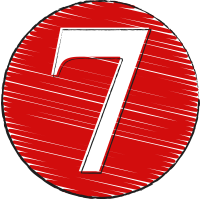 This one is the strangest roulette stories of all time. At least I think it is. See what you think. (I’m right – it’s strange.)

In 1991 Chris Boyd was a computer programmer in the United Kingdom who decided he wanted to make one single giant bet at roulette for as much money as he could save over a few years. He did it too.

He saved $220,000 and headed for Las Vegas to bet either red or black one time and to joyfully win or sadly lose based on the results – and then head home with his head held either high or low depending on the results.

WHAT IF YOU ARE ALONE AT THE TABLE?

Boyd encountered two problems when he arrived in Las Vegas; the Strip casinos would not book his bet since it was going to be a one-time wager. Casinos don’t like that as their math works out better over an extended time period.

The Strip casinos also didn’t like the idea that Mr. Boyd wanted them to change their double-zero wheel to a single-zero wheel such as they have in Europe and such as the ones Boyd played.

Finally, Chris Boyd’s bet was accepted at Binion’s Horseshoe in downtown Vegas. The Horseshoe also changed its wheel to a single zero by putting a card over the 00 on the layout. After a few practice spins, Boyd made his choice. He bet red. 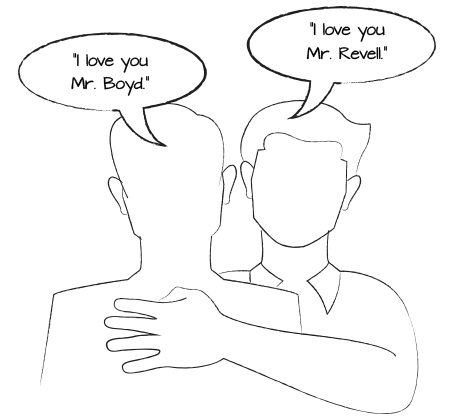 That’s one heck of a story but it gets even better. Here’s how:

OH, BOY, THIS IS UNBELIEVABLE!

In 2004 Ashley Revell decided to make one huge roulette bet for all the money he was worth and all the money he could raise from friends who would go along with his mad scheme. He sold everything he owned except the clothes on his body (hopefully he had a change of underwear) and headed for Vegas.

The ball bounced from pocket to pocket to pocket and finally landed. It was RED! And it was – hang on now – the red 7. The RED 7 hit for the second time in a downtown Las Vegas casino by an individual who was betting everything he had on one spin of the wheel.

Certainly this is the strangest story I have ever heard – what do you think? – yet there are still some more amazing ones that might interest you as well.

How is it possible that such coincidences happen? It might be the law of large numbers (which it is actually) or – who the heck knows? Still it is fun to see the anti-trends, which is how our staid and everyday concepts are occasionally thrown out the window. I enjoy the really strange and I am (almost) sure you do too.

Here is an eyewitness account from Barney Vinson, a former dealer and pit boss, and the author of the acclaimed books Casino Secrets and Chip-Wrecked in Las Vegas, of something that has only happened twice in "recorded" roulette history: 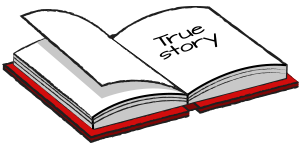 “Another sidelight. After the ball landed on 7 four times, the floor supervisor told the pit boss, 'I'll bet you a million dollars that it won't come up again.' Then here it came again, and again." During this twice-in-a-century event, with players and pit bosses and dealers all agog at the incredible repeating 7, how much money did Roulette table #211 lose? Hundreds of millions? Millions? Hundreds of thousands? Thousands? Nope, a mere $300!”

Yes, Barney Vinson saw something amazing but it was not unique. It had happened before. On July 9th, 1959, at El San Juan Hotel in Puerto Rico the number 10 appeared six times in a row! There must be something about the month of July since Caesar was said to be born under a lucky star and July is named for him. (I was born in July – another amazing thing!)

Other wild roulette accounts aren't as reliable as Barney Vinson's, but here they are: Black supposedly hit 22 times in a row at Caesars in Atlantic City in the mid-1990’s. It is also said to have hit 23 times in a row at the Imperial Palace in Las Vegas in the early 1990’s. The all-time record is 26 black hits in Monte Carlo on August 6, 1913. In the movie Passenger 57 the most famous line is “Always bet on black.” There might be something to that.

But red has its adherents too. It once hit 21 times in succession. I don’t remember who told me this. I do remember I was in Vegas and a dealer said to me: "Sir, red once came up 21 times at that roulette wheel over there, no, no, turn your head, sir -- that one over there!" My drinks had been quite substantial that evening. I just hope I wasn’t drooling when he spoke to me.

Here is an excerpt from an article I wrote:

“If you're looking for strange to go along with your odds, try this one: A roulette ball rocketed off the roulette wheel, almost hit a croupier in the eye but he swiped at it just in time, hit it up in the air, where it bounced off a chandelier, came back down, ricocheted off a patron's cigarette holder, then dropped back into the roulette wheel, where it landed in the four pocket. This happened in England. It was told to me by a flight attendant for American Airlines who claims to have witnessed it.” Who knows?

(This is my wife the Beautiful AP and my personal experience discovering a biased wheel at the Rio Casino in one of our hundreds of trips to Las Vegas over the years. It is written in the context of a quite remarkable day. This occurred in the early 1990’s.)

The very day that the Beautiful A.P. and I would find our first (and only) biased roulette wheel, we also saw the biggest, strangest thing at the Rio.

That morning we were leaving the hotel to drive to some casino to play blackjack. We passed the only open roulette wheel and I noticed on the scoreboard that three numbers had come up two or three times each. I laughed and said to A.P., “Look a biased roulette wheel!”

So we went up to our rooms and took a nap. When we came down to go for our afternoon session, those numbers were showing on the scoreboard. I looked at A.P. She looked at me. I nodded. She nodded. We sat down; bought in and started to place those three numbers.

Immediately one of them hit which is a 35 to one payout. About five spins later another of the numbers hit; another 35 to one payout. It took off from there! We just kept playing those numbers and we slowly started to increase our bets.

Now, streaks happen in all of gambling and so at first the pit didn’t seem all that interested. I am guessing that particular table had not been played by anyone who took advantage of those same numbers coming up so frequently throughout the day. No need to worry about it then; actually no need to even notice it then.

While A.P. and I played, there were several other players and despite the fact that our numbers (I now considered them our numbers) were hitting, these other players just kept playing whatever system they played. Most of them were losing too. The Beautiful A.P. and I were winning; then we were winning big and then bigger and then…

“I am sorry,” said the pit boss. “We’re closing this machine. We’re opening another one over there. Sorry about that.”

1. Which roulette team won the most money over time at roulette?
2. Which two men bet all the money they had for one roulette bet?
3. What remarkable occurrence happened with their results?
4. Who was probably the first wheel watcher?
5. Where did the all-time record for the most of one color coming up in a row happen? What color was it?
6. What now famous quote was said by the lead character in the movie Passenger 57?
7. What famous gambling author saw the number 7 come up six times in a row at Caesars Palace in the year 2000?
8. The author figured the odds of the same number coming up six times were?
9. In the section about the bus and the bias the bus riders came to the Rio casino for what purpose?
10. Once Frank and AP played the biased wheel at the Rio and had a spectacular winning session what did the pit boss do?

8. Three billion to one.

9. The bus riders came to eat breakfast, lunch and dinner.

10. The pit boss closed the wheel.