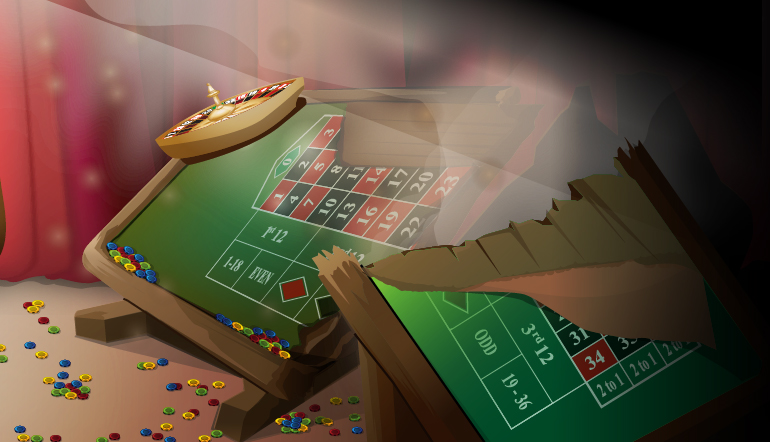 Roulette is an old casino game, rivaling that of craps in length of time played by people in and out of casinos. Roulette has had a large patronage going back to the old aristocrats of the mid-1600s. Popular theory credits the great mathematician Blaise Pascal with inventing it. Actually what he wanted to invent was a perpetual motion machine. He failed at that.

Still his actual creation, the roulette wheel, has been in a kind of perpetual motion since its invention. It is a supreme gambling game as you can see from the loyalty of its players. I’m guessing that Mr. Pascal wished he had a percentage of the money made by this game for the various casinos that offered it to the public.

There are numerous ways to play the game, some standard and some eccentric, and many players have actually invented their own attack on it. As a gambling writer I tend to focus on what I consider to be the best methods of play, usually without listening to the many loud voices of the players telling me how they prefer to tackle the game. 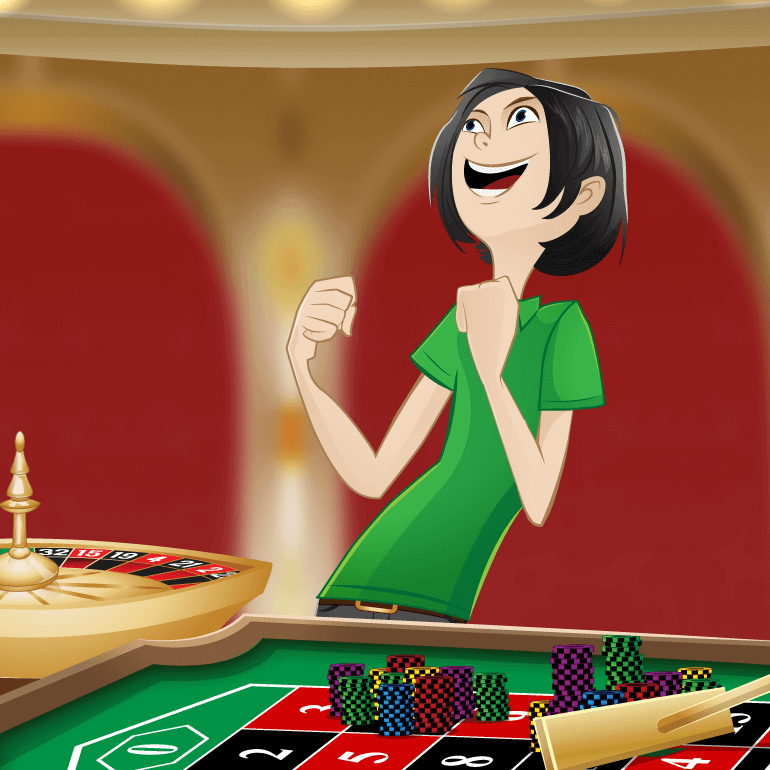 So this article is for those of you who wonder what those other players are thinking when they spread out their chips and try to ride the will of Lady Luck to a winning session. Here are four inveterate roulette players with various interesting roulette strategies, some controlled and some eclectic, which they advocate. The players are in the lead here, not me. These are the players who might be playing next to you when you play your next game. Just look to the left and the right and in front of you. One might be one of these!

CHARLOTTE (THE INSIDE GIRL)

I’m 60 years old and I have been playing roulette since I went to my first casino in Las Vegas when I was twenty-three. That’s a long time ago, it sure is. So what have I learned? Well, it is a tough game to beat and although I have had some really great nights playing the game, I am not ahead, that is for certain. But I don’t think players who have played a lot can actually be ahead because the casino does have an edge at the game.

I will begin my play by using my birthday and the birthdays and anniversaries of my parents, siblings, other relatives and friends. I’ll spread them out all over the layout; ten bets in total each time, all directly on the numbers. If one hits, I keep that one for the next round but change the other nine bets to other numbers using the same formula I just told you about. Luckily, I have a lot of relatives and friends!

At some point I run out of specific dates but then I go with my gut to pick numbers. I might use the scoreboard to pick numbers that have already hit that are obviously not numbers I already bet. In my time at the table, all the numbers that have hit for me I just keep betting them. I will add numbers and when one of those hits I keep that number in the list. I will have ten numbers all together that I then use as my “power numbers” and bet them throughout my session.

Yes, I admit that I might make some outside proposition bets now and again but they are not really the focus of my play. Those even-money bets like “red and black” just aren’t exciting for me. I am an inside girl; you can call me that if you want for the article, the inside girl. I want to get that 35:1 roulette payout on a win. That is exciting. Even-money is just not that exciting.

How long do I play for? Until my money runs out or I get tired. I am not a big drinker so alcohol has no action in my play. I have my gambling money and my regular money and never do I mix them. I can play and if I get a loss it really doesn’t bother me at all.

I am a roulette player through and through. No other casino game does it for me the way roulette does.

[Please note: Inside numbers pay out at 35-to-one but the true payout on the double-zero wheel should be 37-to-one; and on the single-zero wheel it should be 36-to-one. The edges then are 5.26 percent and 2.70 percent respectively.]

I have a precise method of play and I never deviate from it, although if things are going good for me I will add some bets and increase the bets I have been making as time goes on. I do want good wins, not just little wins so I am willing to take a leap of faith if you will.

I am an outsider. I just bet “high” or “low” on the even money line. I also bet one of the three twelves and one column. So I am up on three bets all together. When a bet of mine hits, I immediately half parley it. For example, if “high” hits and I win $50, I will make my next bet on “high” for $75. If I win on two or three bets (which is great!), I increase all of them by a half-parley. Remember those twelves and columns will pay two-to-one, so a few hits in a row on those can win me some decent money.

Now what if I win a second bet in a row on one or more of my propositions? I do a half-parley again or close to it. Any loss on any bet on which I have been winning at roulette makes me go down to the original bet. If I am really getting hurt at a game I will reduce my betting by eliminating either a twelve bet or a column bet. I am not a really wild player.

How do I handle my money? I play until I feel I have had my fill for the night or day. I don’t have a fast rule about that but there is only so much money I reserve to play with so that is a big influence. If things are going wrong right off, I might take a trip to another table and try my luck again. I won’t bang my head against the wall if I am losing big. I’ll quit. The game will always be there for me. I do not want to get, as they say, creamed.

[Please note: The outside proposition bets have the same house edges as do the inside bets, 5.26 percent for the double-zero wheel and 2.70 for the single-zero wheel. Some casinos will give back half of the even-money bets should the 0 or 00 hit. This will reduce the house edges on these bets to 2.63 percent and 1.35 percent on the double and single zero wheels respectively. If you can find casinos that do this then betting those even-money bets is the only way to go. That 1.35 percent on the single-zero wheels is one of the best bets in the casino!]

In my non-casino life I am not a drinker; I mean, I do not drink at all, not a drop. But when I am in a casino I enjoy a few drinks; I mean a few drinks. I don’t get bombed or anything like that but I feel relaxed when I am playing roulette after a few drinks.

I have no preset plan at all. I just go with the flow which really means I have no plan as I said. I have had some good nights and some bad nights. Doesn’t matter; it is the actual playing that inspires me, not really winning or losing. Don’t get me wrong, I prefer winning to losing but I know the casino has an edge on all my bets so losing is not a huge surprise.

I play maybe two or three hours and then I take a break. I maybe play twice a day. I don’t push it though. I’m a reasonable player.

[Please note: While drinking in a casino is not a sin, sometimes overindulgence can hurt a player’s concentration and discipline. Then the game can get somewhat out of hand. Here are some words to the wise: Go easy on the booze when you are actually playing. Drink when the game is over for you.]

Do you know what my name means? It means I am battle-tested and ready for war. Well, consider this; roulette is a kind of war between the casino and its roulette wheel against us, the players. That’s how I view it anyway. So I am a warrior against the house edge. I am obviously the underdog; but wars can be won by underdogs.

I do not make many bets during a spin of the wheel, hopefully one, maybe two. I play the big number method. If a number has hit more than once on the scoreboard, I will bet that number. When the number disappears I look for another number to bet. I need two of one number on the scoreboard to bet that number. I call any number I bet on a “big number.” This is not an original strategy with me; I am sure there are many players who play some type of “big number” strategy.

It is extremely rare to see more than two or three different numbers repeating and a number hitting three times is a true outsider. But I look for these things. They make my betting style really interesting. Things are constantly changing for me at the game and I like that.

Playing as I do then the game of roulette can be considered spicy. You can get all wound up when you see a big number or two, and when a triple number shows up, wow! It’s like eating spicy food. It’s hot but delicious.

I have no interest in outside bets; they seem kind of dull to me; I’ll be frank about that. When you play the “big number” strategy there feels to be a sense that something big will be happening. And I think of myself as ready to pounce when that big something is about to happen.

How long do I play? A few hours a few times a day. Hey, I am a player; a warrior player at that.

[Please note: The “big number” strategies were originally used in order to find a wheel that was “off” or unbalanced. It was believed that repeating numbers might indicate a wheel not in good repair. Today’s wheels are usually too fine-tuned to allow for such non-balancing behavior. Numbers will repeat because random results can be repetitive. And you know what that really means? Correct, nothing.]