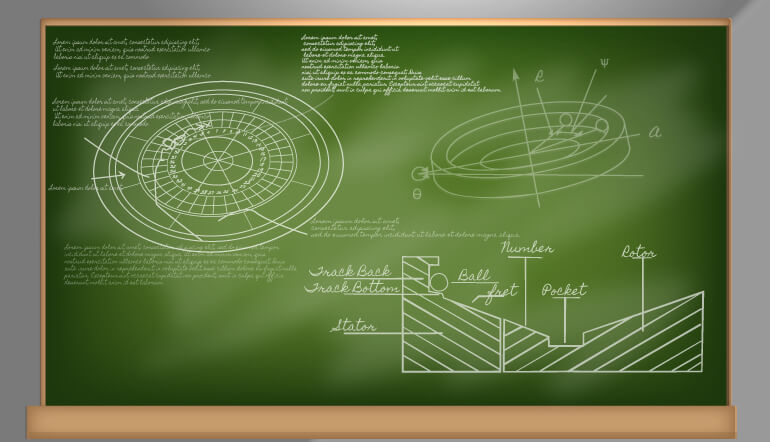 Let us take a look at 20 important and/or interesting aspects of roulette. If you go to just about any casino in the world you will notice roulette tables, often quite crowded roulette tables. Roulette certainly has a fan base.

QUESTION #1: IS ROULETTE THE OLDEST GAME IN THE CASINO?

Frank Responds: It could be, depending on how you define the game. Casinos (by any other name) have existed for a long, long time if we think of these establishments as places where people could wager on games run by “the house” or against each other. Many saloons, rooming houses, restaurants and private homes were used for such purposes.

So which came first? Wagering on bones or wagering on shields of one type or another? The absolute truth on this issue may never be fully known.

QUESTION #2: WHERE DID THE MODERN GAME ORIGINATE?

Frank Responds: Most people who study gambling believe that the great scientist, mathematician and philosopher Blaise Pascal invented the first roulette wheel, though not as a game of chance which it has evolved into today. Pascal probably was looking for a perpetual motion machine and came up with his version as a wheel. While spinning this must have been fun, it was not perpetual motion.

Many roulette players certainly do pray a lot when they play the game so that could be a corollary to Pascal’s Wager!

QUESTION #3: EVEN SO, HOW DOES THE GAME OF ROULETTE WORK?

Frank Responds: The roulette wheel has a series of numbers from one to 36 in addition to one or two (usually green) colored zeroes. I will get to these in another answer. The dealer spins a ball around the top of the wheel and that ball makes its way down the inside of the wheel and lands in any one of the numbered pockets. If the player has wagered on the proper pocket he or she wins 35 times the initial wager.

On the layout of the roulette table will be all the numbers and the zeroes, along with outside proposition bets such as three sets of “dozens,” three sets of “even-money” bets and three “columns” and the like. Players can wager as many numbers or propositions that they want. That is the game as it is presently seen in casinos across the world.

QUESTION #4: WHAT ARE TWO TYPES OF ROULETTE GAMES OFFERED?

Frank Responds: There is the American game which has two green zeroes and there is the European game that only has one zero. Other than the fact that the numbers on the wheel are arranged differently, the game is the same.

QUESTION #5: ARE THE HOUSE EDGES THE SAME BETWEEN THE TWO GAMES?

QUESTION #6: ARE ALL THE BETS AT ROULETTE COMING IN WITH THE SAME HOUSE EDGES?

QUESTION #7: HOW ARE THE HOUSE EDGES FOR ROULETTE ACTUALLY ESTABLISHED?

Frank Responds: The American wheel has 38 numbers, one through 36 and the 0 and 00. The payout for a winning decision is 35 to one. In a game where the house has no edge, the payout for a winning bet should be 37 to one. Keep in mind that you average 37 losses for every one win. However, to make money (and casinos want to make money) they do not pay that 37 to one but instead short the win by two units thereby making it 35 for the winner. You just divide the 38 into the two units kept by the casino and that comes to a house edge of 5.26%.

Now let us take a look at the European wheel which has 37 numbers, one through 36 and one 0. The payout for a winning decision is 35 to one. In a game where the house has no edge, the payout for a winning bet should be 36 to one. Keep in mind that you average 36 losses for every one win. However, to make money the casinos do not pay that 36 to one but instead short the win by one unit thereby making it 35 for the winner. You just divide the 37 into the one unit kept by the casino and that comes to a house edge of 2.70%.

QUESTION #8: HOW DO YOU FIGURE THE EDGES FOR ALL THE BETS AT THE GAME?

Frank Responds: The same way. Let me take just two examples: You bet an even-money bet and the payout is one to one. You win on one side of the proposition (say, red in the red/black proposition) and you lose 18 when black appears but – and this is where the house gets its edge – if the 0 or 00 shows, you lose the bet. So there are 18 possible wins for the player and 20 possible losses for the player.

On the European game you have 37 possible decisions and those even-money bets will win 18 times but lose 19 times for the player. Divide 37 into one and you get that 2.70 house edge.

Now let us take another proposition: the dozens bet. Here you bet which dozen numbers will come up. The pay for a win is two to one. There will be 12 numbers that win and that means the player makes 24 units. However, the average number of losses will be 24 one-unit losses. The player breaks even but – and here comes that annoying “but” – the 0 or 00 also causes a loss. Yes, you guessed it, the house edge is still 5.26 percent for the American game and 2.70 for the European game.

QUESTION #9: ARE THERE ANY GOOD BETS AT ROULETTE?

Frank Responds: Yes, if the casino offers “surrender” or “en prison” the house edge on the even-money bets goes down in half, making the American game a 2.63 percent edge and the European game a 1.35 percent edge. The latter bet is one of the best in the casino.

Frank Responds: They are called even-money because they pay even money, not because the bet is actually 50:50.

QUESTION #11: BUT THERE ARE WAYS TO BEAT THE GAME, RIGHT?

Frank Responds: There used to be ways to beat the game but that was when the wheels were far, far less than perfect. Today’s wheels in the modern casino are random – or as random as we can get them. The old methods of winning by studying imperfections in the wheel will probably no longer work since such imperfections really don’t exist anymore as the new wheels are always checked and the pockets for the ball to land in are quite shallow so the ball bounces quite a lot. The more bounces the harder to determine where the ball will finally land.

Frank Responds: That used to be called a “dealer signature.” Maybe in the past this was possible; I doubt it is so today. The young dealers I have spoken with don’t even know about this technique. It is a vintage of the past.

QUESTION #13: ISN’T NUMBER 17 THE MOST PLAYED NUMBER AT THE GAME?

Frank Responds: That’s the myth but no one really knows since roulette decisions worldwide are not recorded and analyzed. Some folks think James Bond called that number in a movie and they play it. We really don’t know.

QUESTION #14: IS IT BETTER TO PLAY THE INSIDE GAME WHERE YOU BET THE NUMBERS
STRAIGHT UP OR TO PLAY THOSE PROPOSITIONS BETS AROUND THE EDGE OF THE LAYOUT?

Frank Responds: If the game does not offer “surrender” or “en prison” the edges will be the same on the inside bets and the outside bets. The only difference you will notice is that your losing streaks will tend to be longer on the inside bets if you are only making one or two at a time but over time, inside or outside, the casino will still have their edge over you.

QUESTION #15: IS ROULETTE WAS THE MOST POPULAR GAME IN AMERICAN CASINOS?

Frank Responds: Blackjack is the most popular game in the casino, followed by craps and roulette. The latter two are probably tied for second place.

QUESTION #16: IF YOU MAKE MORE BETS THAN JUST ONE AT ROULETTE AREN’T YOUR CHANCES OF WINNING A BET GREATER?

Frank Responds: Yes, you will win more decisions but you will lose more money over time. The house edge works on the total amount of money you bet, whether it be one bet or many bets.

QUESTION #17: IF YOU CAN’T REACH AN AREA ON THE LAYOUT WHERE YOU WANT TO PLACE A BET HOW DO YOU GET IT THERE?

Frank Responds: Ask the dealer to place the bet.

QUESTION #18: WHAT’S THE MOST ANNOYING THING AT THE GAME OF ROULETTE?

Frank Responds: Other than losing my money, I find the most annoying thing to be overly aggressive players who knock over your chips in their rush to get their wagers on the layout. The dealers give players plenty of time to wager so aggressive players don’t have to be that aggressive!

QUESTION #19: AT BLACKJACK GAMES YOU OCCASIONALLY GET PLAYERS WHO KEEP TELLING PLAYERS HOW TO PLAY THEIR HANDS. DO YOU GET THIS AT ROULETTE?

Frank Responds: No. Roulette players tend to stay to themselves. The only time a player might be interested in another player’s bets would be if those were huge ones.

QUESTION #20: I FIND ROULETTE TO BE A DOPEY GAME. YOU WATCH A BALL SPIN AROUND A WHEEL; THAT IS NOT EXCITING IS IT?

Frank Responds: You can take a look at any casino game and boil it down by claiming it is dopey; be it a game with cards, dice, a machine, etc. You can probably take just about anything in life and boil it down to its dopiness too. Different people find different things not dopey.