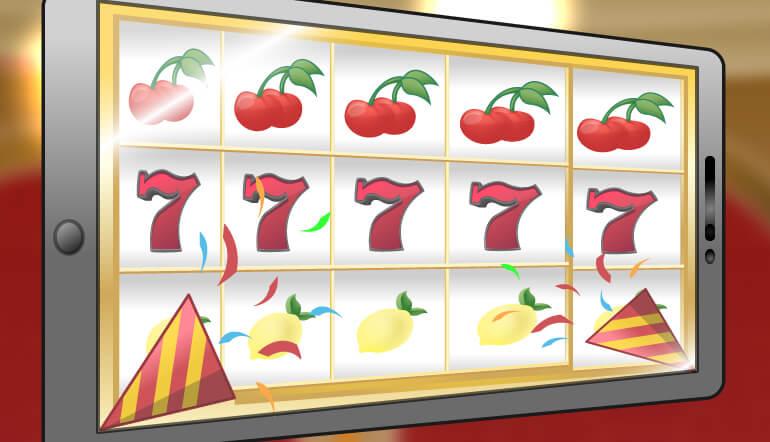 The booming popularity of online slots and the rise of video slots as the most-played games in live casinos go hand in hand.

They work in much the same way, with random number generators, multiple paylines, animation, video and audio effects and bonus games within the game.

Getting to the point that video and online slots could command so much player attention required innovation, invention and ingenuity. Players today focus on how to win at the slots, but the games wouldn't be there if not for inventions that date back to the days when three-reel slots with mechanical reels ruled the floors.

including electronic funds transfers for online casinos and bill validators and ticket pays for live casinos.

In the earliest days of online casinos, players had to start the process of setting up an account at least several days before starting to play. There was an especially difficult period in the 1990s when it was illegal in the United States for credit card companies to handle transactions to online casinos.

Today, most transfers are electronic. In some jurisdictions, such as New Jersey, players can deposit cash at a live casino to find accounts at their partner online casinos, but much of today's online casino business is done via bank transfers, cash-handling intermediaries such as PayPal and Neteller and, yes, via credit cards.

In live casinos, video slots, especially at the popular penny denomination, would not be possible without today's bill validators and ticket printers.

For decades, slot machines paid off in coins or tokens, which then had to be taken to the cashier's cage or change booth and be run through a counter before a player could be paid in currency.

That was manageable when dollars and quarters were the most played slots, but multiline video slots at smaller coin values brought new challenges. Instead of 100 dollar tokens or 400 quarters making up a $100 payoff, it took 2,000 nickels and would have taken 10,000 pennies without a technology change.

Payoffs of thousands of coins meant coin hoppers were emptied more often, and players had to wait for attendant to refill hoppers before resuming play.

Not only that. Pennies are such small coins that using them would have led to frequent hopper jams. That would have led to more down time, waiting for attendants to clear hoppers. Down time means no money is being wagered, and casinos could not stand for that.

So multiline penny video slots were not added to the mix until ticket printers were common. Then players could be paid in bar-coded tickets they could exchange for cash. Voila! Hoppers could be bypassed altogether. With no more fills, no more jams, greatly reduced down time, the way was clear for video slots to displace most mechanical games.

When you're playing online on your phone or pad, you start the reels spinning by tapping the bet button on your screen. It senses your touch.

If you're playing on a laptop computer, most newer models also enable you to play by touching the screen, though you have the option of mouse clicks or taps on a mouse pad instead.

Even in live casinos, video slots enable play by touching the screen, though many players choose to click buttons on a panel below the screen instead. When it comes time for a pick-a-prize bonus, though, everyone is touching the screen to choose a gift box, make the alien disappear, pet the "Breakfast at Tiffany's" cat or whatever creative touch is the task at hand.

That's not how things were for most of slot history. For generations, players pulled a handle to start reels  spinning -- the arm of the "one-armed bandits." Later, buttons were offered as options to pulling the handle.

Touch screens didn't reach video slot players until the early 2000s, though early versions had been invented by 1965. Development reached the point touch screens could be offered to the public on an Atari personal computer in 1985. Today, their use is common and they've become an essential part of the way we play the slots.

For the public to accept video slots and pave the way for online slots, games needed something to set them apart from mechanical-reel slots.

The most successful early solution and the one that gave video slots their breakthrough to popularity was the pick-a-prize bonus.

The game that made players and competing manufacturers take notice was WMS Gaming's Reel  'Em In, released in 1997. When players landed three fishing lures on the screen, the image of reels faded out and was replaced by fishermen on a pond.

It was the player's task to pick a fisherman. Your choice then reeled in a fish -- the bigger the better, with more credits for bigger fish.

It was simple in concept and execution, but it gave the games a "wow" factor. Earlier video slots that mimicked mechanical-reel play had failed.

The pick-a-prize bonus had roots in mechanical slots. WMS, which grew out of the old Williams pinball company, was trying to break into the slot market with a series of three-reel games with a difference. They featured "Dotmation" screens above the reels, with orange dots forming images.

The original Jackpot Party slot was a Dotmation game. In one of the first bonus events, the Dotmation screen would start with rows of rectangles made of dots. Players would use the button panels to choose rectangles, which would then reform into bonus credit amounts.

As a three-reel slot, Jackpot Party had a following, but it really took off a year later as a video slot. Innovation and invention in the reel version helped set the stage for the video and online slots we love today.

Another bonus favorite that had its roots in the mechanical-reel era is the prize wheel.

We know it today on Wheel of Fortune in three-reel, video and online versions, and countless games by multiple game makers. A wheel is divided into wedges, and where it lands determines bonus credits and sometimes progressive jackpots or extra bonus events.

The prize wheel was first used on Wheel of Gold in 1996, devised by Anchor Gaming. A tower was affixed to the back of Bally slant-top three-reel slots, and the wheel sat atop the tower. When a symbol awarding a wheel spin landed on the reels, a tone would sound and the player would push a button to start it spinning.

It was an immediate attention grabber. In the initial months, whenever the tone sounded, surrounding players would stop to watch the wheel.

Today, wheel spins are a standard part of the toolkit designers use for video and online slots, but the inspiration came back in the days of mechanical reels.

Online and video slots enable players to bet different amounts at the same game. One player might bet five pennies per pay line while another covers all the lines but bets only 1 cent per line.

Three-reel mechanical slots are different. The most common configuration has been a single payline with bets of one, two or three coins. On progressives, players had to bet three coins to be eligible for the top jackpot.

That left a conundrum: How do you offer the same jackpots to players who are betting different amounts and make it fair for everyone?

The solution has been mystery jackpot. There are several mystery systems, but one that's widely used, developed by Acres Gaming, allows operators to set jackpot parameters. For example, a mini jackpot on today's multi-level progressives might bet at least $5, with a maximum of $25.

A random number generator selects a total between the minimum and maximum. A portion of wagers is added to the pot until it hits the number selected by the RNG. Then the jackpot is awarded to the player whose wager pushed the pot to the winning total.

In that way, a player making minimum bets has a chance to win, but someone betting more as added chances with each coin wagered to push the jackpot over the top. All can play for the same pots, but those who bet more have more chances at winning at slots.

That's a solution that eased the paths for the progressives that are such as popular portion of the video and online slot mix. And like cash handling solutions, touch screens, pick-a-prize bonuses and wheel spins, inspiration and invention were needed to set up today's success for online and video slots.