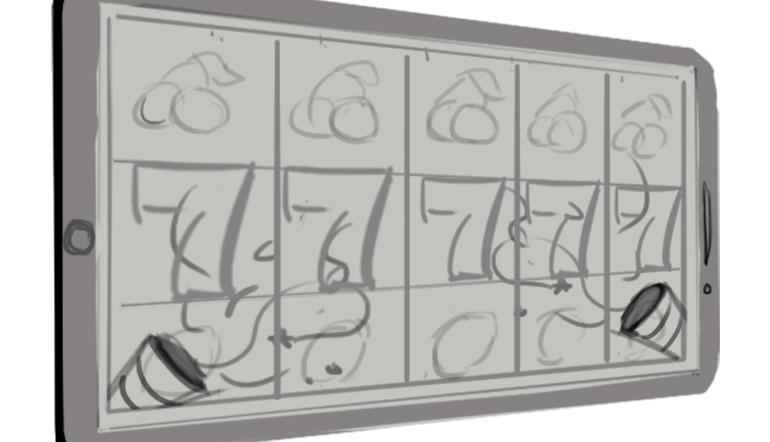 Pick'em-style bonuses have been an attractive element of slot machines for more than two decades. In the United States, they date back to the launch of Reel 'Em In in 1997.

They add interactivity to the games by making players feel part of the action. You choose icons on the screen to accumulate bonus credits, and that makes you feel as if you have some control of your fate.

Online slots are perfect for the pick'em bonus, and so are video slots offline.  In terms of how to win on the slots, frequency of bonus events and the picks you make go a long way toward determining your results.

But is that control of fate real or illusion? That can depend on specifics.

Once you've made a choice or choices, does the screen then reveal the other possible wins? Then in licensed U.S. jurisdictions, your picks make a real difference.

But if the game just awards the credits you've won without revealing amounts hidden by other icons, it's possible your bonus was pre-determined and your choices were just for show, experience and that interactive feel.

For an example of a game where your choices make a difference, let's look at a long-time player favorite, Super Jackpot Party.

In the pick'em bonus event, disco music plays as you see a screen filled with animated, gyrating, different-colored gift boxes wrapped with bows.

At the center of the screen is a large rectangle where partiers dance to the music. That rectangle is surrounded by gift boxes -- two rows of nine each above the center rectangle, four rows with two boxes to the left of the rectangle and two to the right , then one more row of nine at the bottom of the screen.

When you pick a gift box, it shows either a credit amount, a multiplier to be applied to your next pick, a whack-a-pooper icon where you get a bonus within a bonus that plays like a Whack-a-Mole game, a dance icon that launches an extra bonus where credits accumulate while an animated character dances until he rips his pants, or a party pooper icon.

You keep making picks and your bonus credits rise until you pick a pooper. Pooper's end the round, though even then you get a chance to pick among five party icons to either get one last credit amount or a party saver that extends the bonus.

A random number generator sets the possibilities. It determines what credit amounts or icons are hidden in each gift box.

If you pick a box and it opens to reveal 80 credits, you win those 80 credits and pick again, regardless of how much you've already won. If the box you pick holds a pooper, then, unless you pick a party saver, your round ends. It doesn't matter if the pick is your first or your 20th, the pooper ends it.

Once your round ends, all the other gift boxes are opened to reveal what you would have won had you picked them.

This is important. In slot machines with random number generators -- the kind you see in Las Vegas, most regulated American jurisdictions, most tribal casinos and in online slots -- any advertised prize must actually be available.

If the screen shows a previously unopened gift box to hold a 1,000-credit prize, then that prize must actually have been available. It is illegal to show you that prize if it wasn't there to be won.

The game is showing you the possibilities that were set before you started picking. Your picks actually made the difference in what you won and what you didn't.

What if the machine doesn't show you the unexplored possibilities? Then it's possible that your bonus was pre-determined, because the game isn't advertising any prizes that weren't really available.

We can explore a real-life example here, too. In a long-running game called Outback Jack, three bonus symbols take you a map of Australia.  An all-terrain vehicle goes on a drive to one of six signposts. Each signpost bears the name of a different bonus event, and where the vehicle stops determine which bonus you'll play.

One bonus event is a pick'em called Nippy Surf. A surfer dude stands amid three possible conveyances for a ride on the waves: two surfboards and a big, pink inflated seahorse.

You choose the surfer's ride. The other two disappear, and while the surfer catches a wave, increasing credit amounts change from yellow to red. The longer the surfer rides, the higher the meter and the more credits you win.

Once the waves bring the surfer back to shore, you are awarded the indicated number of credits.

You are NOT shown what you would have won if you'd chosen the other board or the seahorse.

There is no advertised prizes other than the one you won. In such a case, it is legal for your bonus to be predetermined and to have the event play out for show.

That's the bottom line: If you're shown the prizes you didn't win after a round, your choices determined your bonus. If you're not shown what you missed, the prize could have been predetermined.

All that applies to games with random number generators, and that includes online slots in licensed U.S. jurisdictions.

However, some Class II slot machines and some video lottery terminals may predetermine your bonuses even if they show you all possibilities.

Class II games, used in some Native American casinos, are electronic bingo games at their base. They use slot reels and bonus events as user-friendly interfaces, but your results are determined by a bingo draw on a central processor that serves many games.

Individual machines don't have their own random number generators and don't drive their own results. Even at bonus time, you get what the bingo draw determined.

"Video lottery terminal" is a catch-all term that can mean different things in different jurisdictions. In some states, VLTs have their own RNGs, and the "lottery" part is simply that they're operated by the state lottery.

But in New York state, results on VLTs are driven by an unusual system. It's as if each machine contains a virtual stack of scratch-off lottery cards, and when you spin the reels, you get the result that's on the next card.

That goes for bonus events as well as reel spins. Your outcome is determined by what's on that virtual card, so bonuses are pre-determined.

But as long as you're playing a slot machine with a random number generator, your pick'em bonus choices make a difference if you're shown all the possibilities at the end. That includes online slots as well as those in licensed casinos from coast to coast. You can be confident your picks matter.