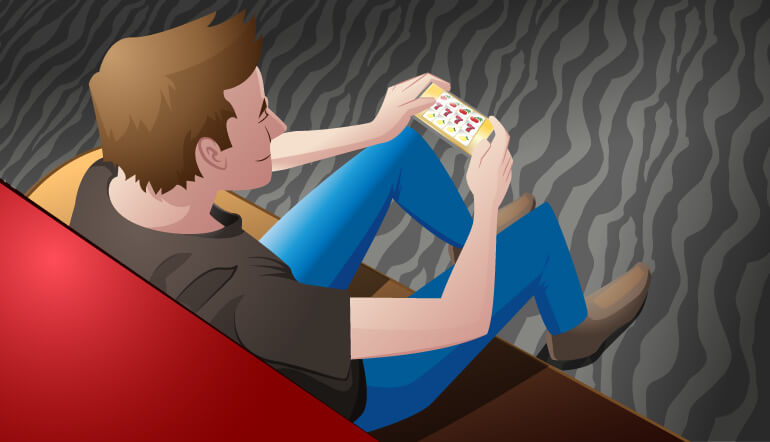 New games are the lifeblood of online slots just as they are for offline slots. Players always are on the lookout for fresh bonuses, fresh intrigue and fresh interactivity, and new online slots are there to give it to them.

Naturally, there is overlap between the online and offline slot worlds, but each has its own needs, too. Some of the hottest online games won't be found offline.

With that in mind, let's check out four current online player favorites.

The Best Online Slots Are:

Designed for online play by NetEnt, Cash Noire takes you back to the film world of hard-bitten detectives, dames in trouble and crime on the mean streets of the big city.

The lead character is a private detective named Tom Flint, and your task is to uncover the 13 clues that will unravel the mystery of how to get to a free spins bonus.

Besides the detective and the lady in trouble, reel symbols include a bank vault, guns, knives, matchbooks, whiskey, playing cards, a magnifying glass and a snake. The bank vault is a mystery symbol: once you have a screen full of symbols, all bank vaults transform into matching symbols.

It's a five-reel game, each four symbols deep, and it features cascading reels. On any win, the winning symbols disappear, remaining symbols tumble down into vacated spots and new symbols appear at the top to replace symbols that have cascaded.

If new winning combinations form, the symbols cascade again. You don't have to move on to a new wager until there are no winners and the cascade stops.

Each spin features a Crime Zone with three or more adjacent symbols outlined in red. If a winning slots combination extends into the hot zone, you unearth a clue.

If a bank vault lands in the Crime Zone, it duplicates itself onto all spaces in the zone. That creates a block of identical symbols and creates the potential for big wins.

When all clues have been collected and the free spins feature launches, the screen becomes a City Chase Map, dotted with potential chase locations. Symbols that land in the Crime Zone during the chase activate locations and add a multiplier -- the first location activated means wins are multiplied by 2, the second takes the multiplier up to 3, and so on, to a maximum 10x multiplier.

With the multipliers, your win potential is created when you're on the move through the city chase.

Overall, Cash Noire is a low variance game, filled with frequent small wins for extended play. The entertainment value is enhanced by the thrill of the chase.

Another online hit from NextGen, Foxin' Wins Football Fever follows up on the popularity of the original Foxin' Wins.

This time Mr. Fox -- a wealthy, aristocratic character -- and fox pups are taken to a stadium setting for a football match -- or, as most Americans know it, soccer.

Football Fever has five reels, each three symbols deep and 25 paylines. Symbols include Mr. Fox in a striped referee's short, the fox pups kicking a ball in front of Mr. Fox's mansion, sports cars, a roll of cash, a pot of gold scatter symbol and the common A-K-Q-J-10-9 symbols for low-level pays.

Landing three scattered pots of gold on the reels launches a free spins bonus, where all wins are doubled. The round consists of 10 spins, and it is possible to retrigger the round with more pots of gold during the free play.

The free spins are the main bonus event, but there are plenty of extras during regular play. The referee Mr. Fox can pop up randomly and award you extra cash of up to 50 times your wager. A runaway leprechaun can appear out of nowhere, and catching the leprechaun also brings credit awards that max out at 50 times your bet.

The mischievous fox pups can create extra winners, too. Randomly, they'll pop out from behind a symbol and turn in wild, enhancing the potential for wins. Bigger bets bring the pups and wilds to more reels.

In all, it's a fun romp with plenty of extras to keep you engaged.

This one's a crossover from the offline world, with International Game Technology bringing its ever-popular TV "Wheel of Fortune" theme to online slots.

Wheel of Fortune slots have been the most consistently popular offline slots since the late 1990s. They usually don't have quite the same appeal online. Part of their offline appeal is the giant mechanical spinning wheel based on the wheel on the TV game show favorite.

Offline, the wheel is affixed to machine tops and can be seen from afar to draw in new customers. Online, there are no passers-by to draw in. Operator needs are different for online casino games.

The Hawaiian Getaway version of the Wheel seems to have bridged the gap. Online slot players seem to love it as much as the offline crowd.

The five reels, each three symbols deep, pay on 25 lines. The lowest paying symbols are A, K, Q and J. Bigger pays come from symbols outlined in white to appear as picture postcards. Those include Surf, depicting a surfer on the ocean, Lava, with a volcano scene, Aloha, with a beach, Hula, with a dancer, Tiki, with a statue, and Wild, with bamboo. A Wheel of Fortune logo is used as a scatter symbol -- winners don't have to line up on a payline.

All symbols are stacked and can fill an entire column. Lining up stacked symbols to win on all 25 paylines is a vacationer's dream.

Several "Moments" give you the chance to win big. The Big Kahuna Moment comes when you match three matching stacks of premium symbols on adjacent reels. Your stacks then lock in place for a respin of other reels with the A through J symbols eliminated. That brings a heightened chance at a big win that could be further boosted by a random multiplier of up to 10 times your win.

The Big Bonus Moment, triggered by at least six scatters, brings a spin of the familiar Wheel of Fortune wheel. You could win credits, free spins, jackpots or other bonuses. One extra-fun possibility is the Pointer Frenzy bonus. That one can award multiple spins of a Jackpot Bonus wheel and a chance to win any of the five jackpot levels.

There's so much in this game that online players are finding how much fun watching the wheel can be.

Developed by Section 8 Studios for 888 Gaming, Sizzling Hot Jokers has a retro look but with a modern hold-and-respin feature to give you extra chances to win.

It has five reels, each three symbols deep, and 10 paylines. Symbols include classics of the kind we've seen on slot machines for decades. Watermelons, cherries, lemons, horseshoes, bells, 7s and bars are right in the comfort zone for dedicated slot players.

In addition, there's a special symbol: the Joker. With his white-painted face and harlequin hat, the grinning Joker is a wild symbol that appears on reel 2, 3 or 4.

When the Joker appears, he expands top to bottom and holds in place for another respin giving you a fresh chance to build winners around the wild symbol.

If another Joker comes up during the respin, so much the better. With two of the three inside reels now being wild, you have a great chance to win, and both Jokers lock into place for another respin.

If on that second respin the third Joker appears, it locks into place for a third respin. With three expanded Jokers, you're guaranteed wins of at least four of a kind on every payline.

With only 10 paylines and fewer bonus features than most online or video slots, not every player will love Sizzling Hot Jokers. But when those Jokers come grinning, those who give it a go will be glad they did.

Slot Games
Online Casino
About the Author
By
John Grochowski