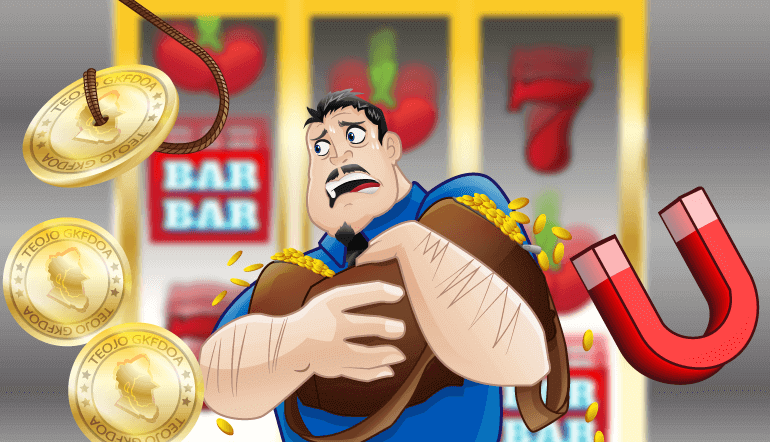 For nearly as long as there have been slot machines, there have been unsavory players who have tried to beat them using illegal means. Cheating at slot machines became a hot topic in 2017 when a team of Russian engineers was found to be using a high-tech road to ill-gotten gains. But players have cheated with methods as low-tech as putting a coin on a string and yanking it back out after it tripped the coin-counting mechanism.

The methods listed here have been used in live casinos. Cheating online slots require inside information on pseudo-random number generator programming -- slot machne cheats would have to crack the algorithm and be able to anticipate when winning numbers would be generated.

All the slot machine cheats on the list are strictly illegal, and most no longer works as slots have evolved to combat cheaters. Gaming jurisdictions take attempts to cheating very seriously, and those caught trying face felony charges and long prison sentences.

Do not try any of these, as we start from low-tech cheats and work up to the Russian scam.

This is about as low-tech as it can get. Cheaters would attach a string to a coin and drop the coin into the slot. After the coin tripped the slot counting mechanism and credits were registered, cheaters would pull the coin back out and use it again.

In their 1988 book "Slot Machine Mania," Dwight and Louise Crevelt tell of playing video poker that jammed. When a slot tech cleared it up, he found a coin with a small hole drilled into it, and a nylon string fitted through the hole.

The previous player had been using the coin on a string trick and left when he lost his coin.

This method and the next several rely on machines accepting coins as wagers and/or paying out in coins. That makes them obsolete on newer model games that do not have coin heads.

However, older games remain in place in some casinos, so the coin game hasn't disappeared completely. 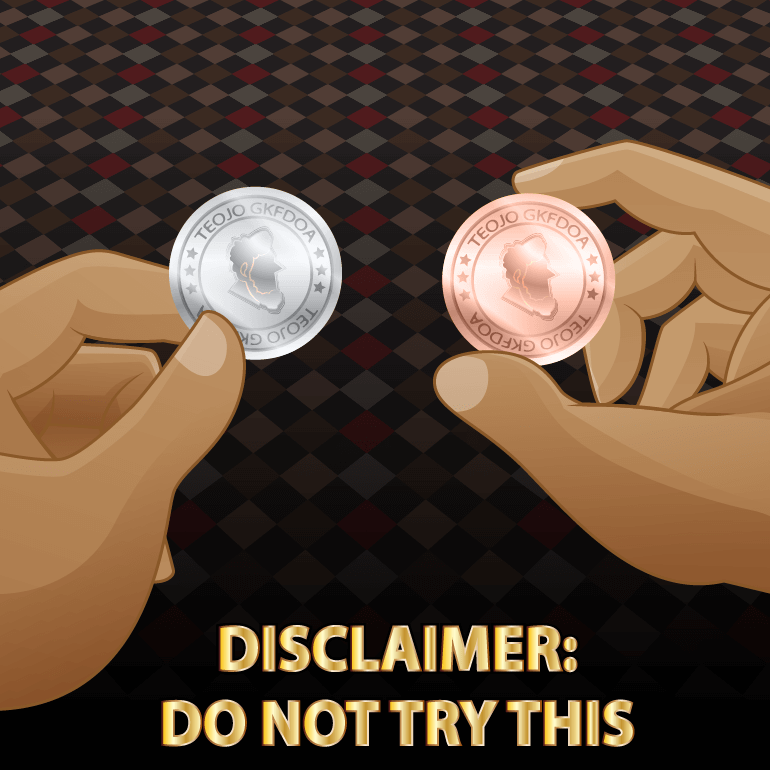 In the 1980s, a Nevada hardware manufacturer sold a line of washers that, coincidentally, were the same size and weight as U.S. coins. Slot machine cheats took full advantage, and these non-coins were found in machines all over the state.

Coins from other nations sometimes have been used for slot play at less than full cost, too. Mexican one-peso coins issued in 1985 were worth only about half an American cent, but were accepted as quarters -- 25-cent pieces -- in some U.S. slot machines and vending machines.

Other coins from other places at other times have been found to work in place of the intended wagering units. If there are ways to wager for full-scale payoffs with lower-cost slugs or foreign coins, cheaters will take the advantage at slots.

In modern machines that do not accept coins, the equivalent cheating method is using the counterfeit paper money. Casinos are only too well aware of the cheating potential there, and constantly work with manufacturers of bill validators that scan money to make sure it's legal tender\before putting credits on the meter.

In the days before payouts by ticket printer, and even before there were coin hoppers paying from a pool of coins, slots used coin tubes to stack coins for payouts.

Slides under the tubes would slide to open and shut the way for coins to fall out for payoffs. Cheaters used a spoon-shaped tool to hold the slide open. Then, instead of the tube dropping the intended number of coins, it would drop all the coins it held. 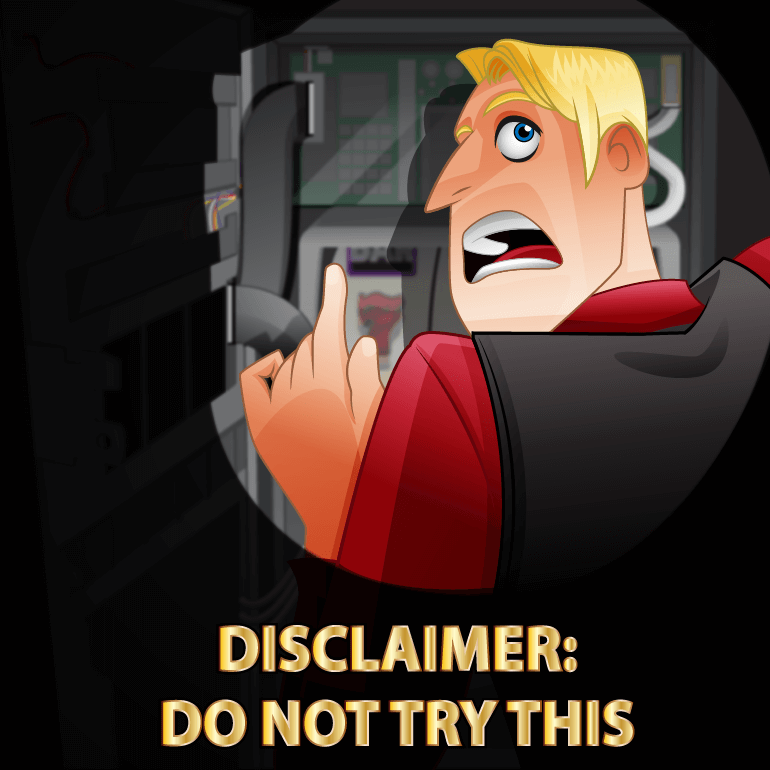 This one wasn't for players. Instead, it benefited casino employees who tried make their own illegal slot machine tips method, at least until they were caught, fired and arrested.

Machines that use coins have to be filled, and hopper fills require huge bags with hundreds of coins.

Repeat that by dozens of fills a day, and it was a temptation a few dishonest employees couldn't resist. 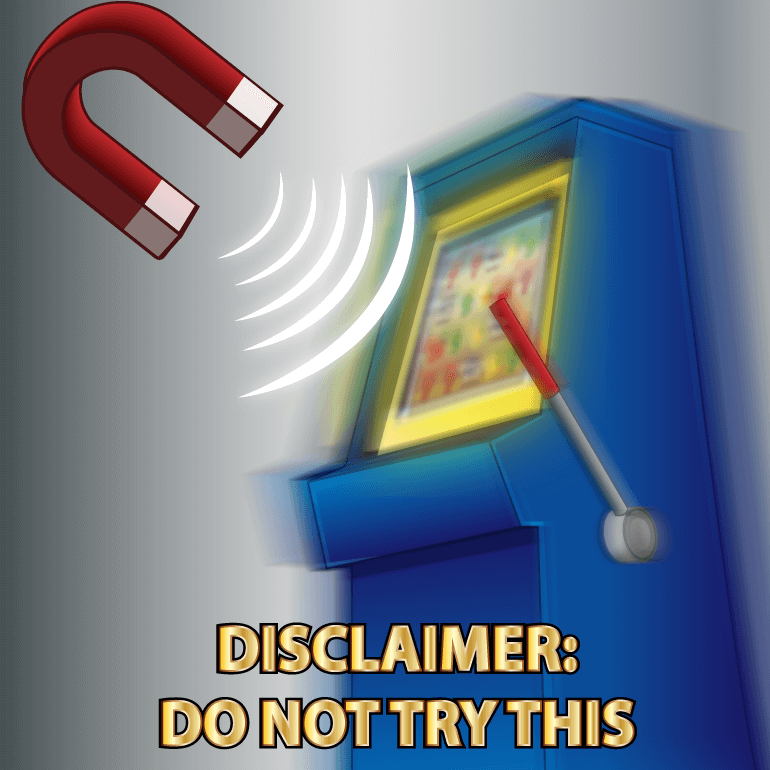 Today's machines have been protected from outside influence by magnetism, but machines of the 1960s and 1970s were vulnerable.

On some machines, a strong magnet on the outside could make slot reels float freely instead of stopping where intended. When the reels reached a winning combination, the cheaters would remove the magnet and claim the payout indicated by the reel symbols.

Today, not only are the machines shielded, the slot machines payouts aren't determined by what you see on the reels. They're determined by the random number generator.

CHEAT #6: INSIDE THE MACHINE

Arrests were made in Nevada in the 1990s after an attempt to cheat a Big Bertha slot machine -- a tall, wide, more than a man-sized machine that you sometimes see as an attention-getter in large casinos.

A crowd gathered around to obscure what was going on from view. The machine's door was partially opened, and a woman climbed into the machine. After she manipulated reels into a position to win at slots, she came back out and the slot door was shut.

Everything looked normal to passers-by, but security guards caught the cheaters and held them for arrest.

One of several cheating tools developed by Tommy Glenn Carmichael, the monkey paw enabled a cheater to trip the slot machine mechanism payout and collect coins without wagering.

Carmichael was notorious, inventing ways to cheat slot machines for nearly 40 years before he finally served prison time and had two homes seized by the government. He then turned to helping stop cheaters instead and worked with the Nevada Gaming Commission to develop "The Protector," which blocks cheating devices that are inserted into machines.

The monkey paw was made of a guitar string attached to a metal wand and was worked through an air vent trip a microswitch that would then trigger a payout.

Instead of tripping a physical switch, the light wand was designed to trip an electronic sensor. The device still needed to be worked up the payout chute, but this time a light would trigger the sensor to start a payout.

Carmichael also was responsible for the top-bottom joint, used before either the monkey paw or the light wand. The top was a metal rod, bent on one end, and the bottom was a long wire. Cheaters would run the bottom up through the coin chute and use the top to jam the coin slot. The combination would trigger the payout mechanism.

The heyday of the top-bottom lasted into the early 1980s before safeguards adopted by casinos led Carmichael to invent the monkey paw and the light wand.

The Nevada Gaming Commission employed Ronald Dale Harris as an engineer, and he worked on monitoring and auditing systems for electronic gaming devices.

Through his work, he knew some machines' source codes and he used that to his own advantage. Harris was arrested in New Jersey in 1995 for using his inside information in slot machines basic computer program that enabled him to win $100,000 on a video keno game.

They start with a seed number, then use an algorithm to calculate numbers. The result comes so close to random that expected results given the odds of the game hold up, and there is no pattern discernable from the outside.

The Russian scam on slot machine cheats had inside information and worked until broken up by arrests in the United States in 2017. Casino gambling was banned in most of Russia in 2009, and thousands of slot machines were sold off.

A team in St. Petersburg got hold of Aristocrat Mark VI slot machines, dismantled them and basically reverse-engineered the RNGs to crack the algorithm.

They then had operatives in casinos that had these older-model games to use their phones to record and transmit video of spins back to St. Petersburg. When the St. Peterburg team had enough information – about two dozen spins would do – they would use the algorithm to calculate when a big winning spin would come.

The operative then would receive a message to play. The phone would buzz and the player would hit the button. A quarter-second delay was built into the timing of the message because tests had shown it would take that long after feeling the buzz for the player to hit the button.

Four operatives who worked the scam in the American states of Missouri and Illinois were arrested on federal charges of conspiracy to commit fraud.

Slot manufacturers are extremely security conscious in designing their games, but in the absence of pure randomness, a team of clever engineers who have access to the machines can be tough to stop.