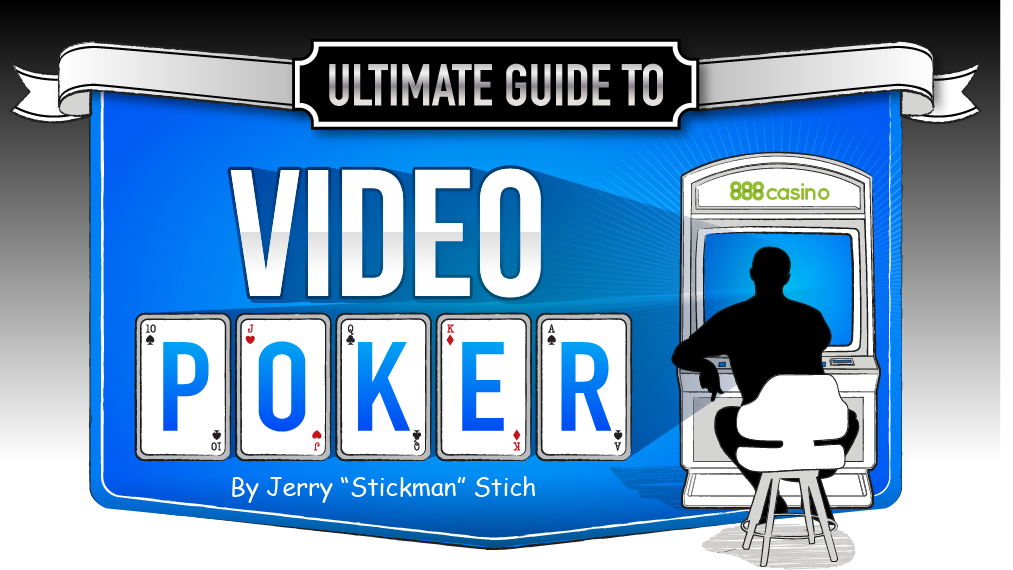 In the ﬁrst nine chapters of this guide you have learned all of the background information necessary to become a skilled live casino or online video poker player. You are now ready for the “meat” of this guide. This chapter is the ﬁrst of six chapters that are dedicated to giving you the speciﬁcs needed to play the actual live casino or online video poker games.

The following chapters shows seven Jacks or Better class games in detail. They include Jacks or Better, Bonus Poker, Bonus Poker Deluxe, Double Bonus Poker, Double Double Bonus Poker, Double Jackpot Poker and Double Double Jackpot Poker. Some of the games show strategies for more than one pay table, so there is a lot of information available in this chapter. As stated in chapter nine, the strategy charts presented in this guide have been simpliﬁed by combining lines where there is no difference in the games return or where the difference is miniscule. 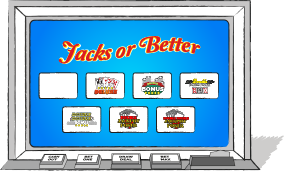 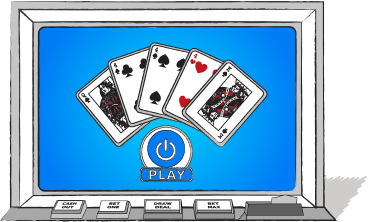 There are many reasons for this. It has among the highest returns of any of the currently available live casino or online video poker games. It has low variance and the optimum playing strategy is fairly straightforward. The pay table has only nine lines meaning there are only nine different possible paying hands. A little history: each of the different video poker games as it initially became available was a very decent paying game. They were often very near or even over 100 percent return. As the games became more popular, casinos wanted to get more money from the games so the pay tables were slowly degraded. The initial high paying versions of a video poker game became known as “full pay” games.

With this in mind, let’s look at the Jacks or Better full pay game first.

Note: For all of the games examined in this guide, you must play the maximum of five credits per hand in order to get the 800 for one return (rather than the 250 for one return when not playing five credits) for hitting a royal flush. Because of this, all pay tables will only show the five credit column.

Full pay Jacks or Better games are still quite common in downtown Las Vegas or local’s casinos. This game can also be found in most other gaming jurisdictions at moderate to low end casinos as well as most online casinos. This full pay game is also commonly available in higher end casinos in the high limit area and possibly even on the main casino floor.

Jacks or Better has only one “jackpot” size pay – the royal flush. A very large amount of the total return is from the higher frequency, lower paying hands with only about two percent of the total return coming from the royal flush. Because of this, the variance is low and the jacks or better strategy is not very complex. This makes Jacks or Better a perfect game for a novice player or for someone with a somewhat limited bankroll. Its low variance also makes it a great game for players who do not want to endure huge bankroll swings for either financial or emotional reasons.

Any pay table that reduces the pay for any of the hands from the originally introduced video poker game is considered a “short pay” pay table. The most common short pay Jacks or Better pay table reduces the pays for a full house and flush to eight for one and five for one from nine for one and six for one respectively. All the other pays on the game usually remain the same. Other common short pay tables are 9/5 and 8/6. Information for each of these games is presented after the information for the 8/5 version.

This version is very common on the Las Vegas strip and other high end properties. It is also very common at most gaming venues whether a live casino or online casino. For each one credit reduction in the pay for a full house or flush, the return for the game is lowered by just over one percent. Notice the low return for this game. It is only 97.29 percent or two and a quarter percent less than the full pay version of the game. I do not recommend playing this version if it can be helped. However, if this is the best that you can find at a live casino or online casino, you could consider playing it. Since it has a low variance and it is relatively simple to play, you should be able to play it correctly and the rate of loss should be fairly slow. 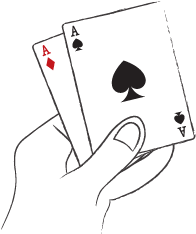 Both the 9/5 and the 8/6 pay tables can be found in many live casinos as well as many online casinos. Most of the time on the Las Vegas Strip or in other high end casinos, however, these pay tables are only found on higher denomination games such as one dollar or higher. Because the pay for either a full house or the flush is reduced by only one credit the return for this game is only about one percent lower than the full pay game. While you will lose about $1.50 for every $100 you run through these games, this is still not bad by todays live casino and online casino standards. And, the variance is still low, so you will not see wild fluctuations in your bankroll.

Everything that was mentioned for the 9/5 version of Jacks or Better also applies to the 8/6 version. The return for the game is about one percent lower than the return for the full pay game and the variance is low. This game, like the 9/5 version, will tend to be found in the higher denomination games in the higher end properties. Make sure the “5 Credit” column of the game’s pay table matches the pay table at the link below in order to ensure you are playing the exact same game.

As with all the other versions of the Jacks or Better strategies detailed above, if you plan on playing the 8/6 version of Jacks or Better with any regularity, study the strategy and memorize it so you will be ready for live casino or online casino play.

TEST YOURSELF – JACKS OR BETTER STRATEGY

In order to test your understanding of how to use the strategy charts, see if you can properly play the following hands based on the strategy for the 9/6 full pay version of Jacks or Better. Decide which of the cards in each hand below you would hold (if any). 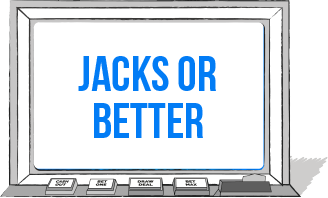 Written by Jerry "Stickman" Stich
© 2022 All rights reserved. Back to top