How to Play Your Hands Against a Dealer’s 4 Upcard 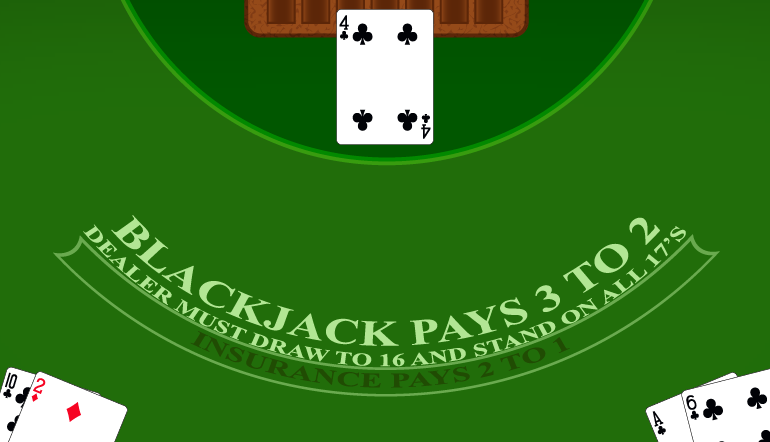 I’ll begin explaining the strategy using a base game, specifically, a multi-deck game with S17 and DAS.  I’ll use the following standard notations. This strategy is good for both offline and online blackjack.

MULTI-DECK GAME WITH S17 AND DAS

Against a dealer’s 4 upcard, you should play your hands as follows.

Double down if allowed, otherwise hit, if holding:

Double down if allowed, otherwise stand, if holding: 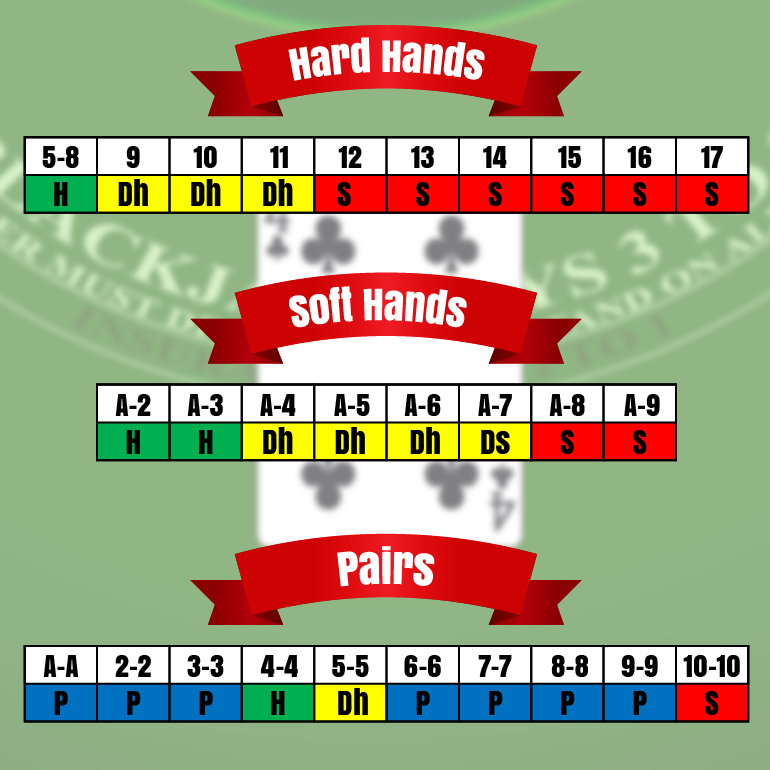 You are in luck because the above strategy is the same, meaning:

WHAT IF YOU ARE PLAYING A DOUBLE-DECK GAME?

More good news! The blackjack strategy for any double-deck game is identical to the corresponding multiple-deck game except for one change: 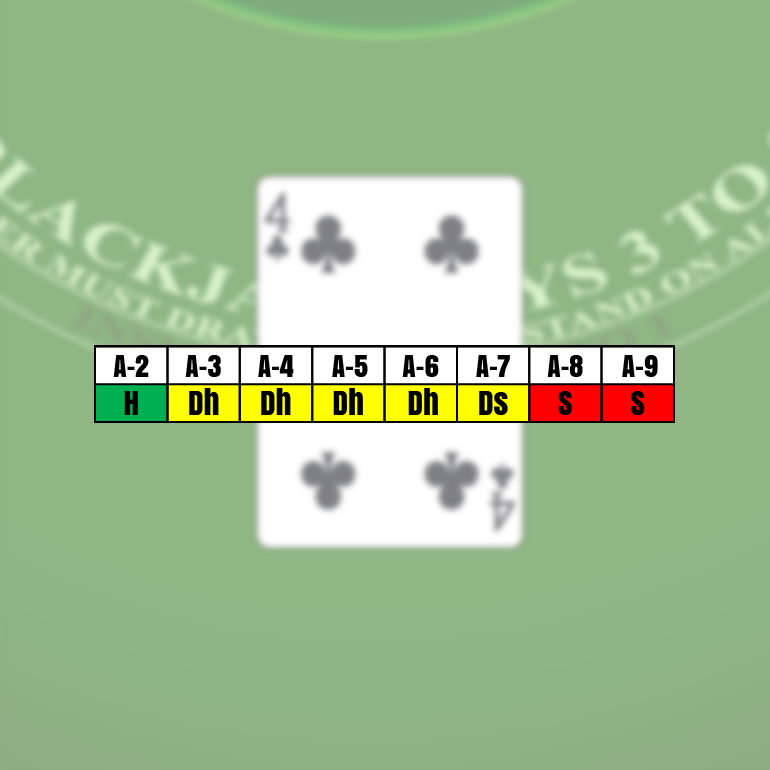 WHAT IF YOU ARE PLAYING A SINGLE-DECK GAME?

Compared to the above multi-deck playing strategy, there are several strategy changes: 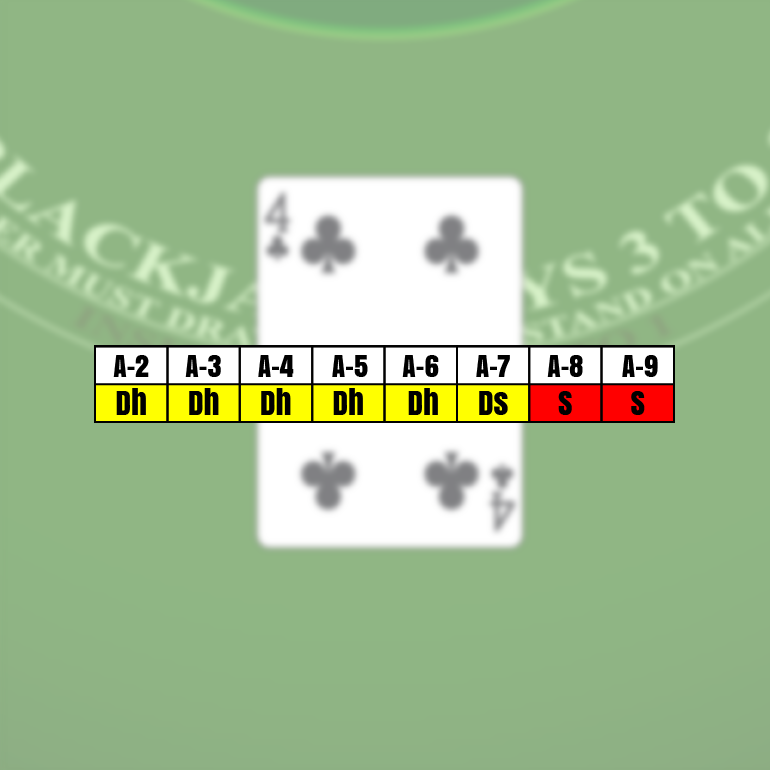 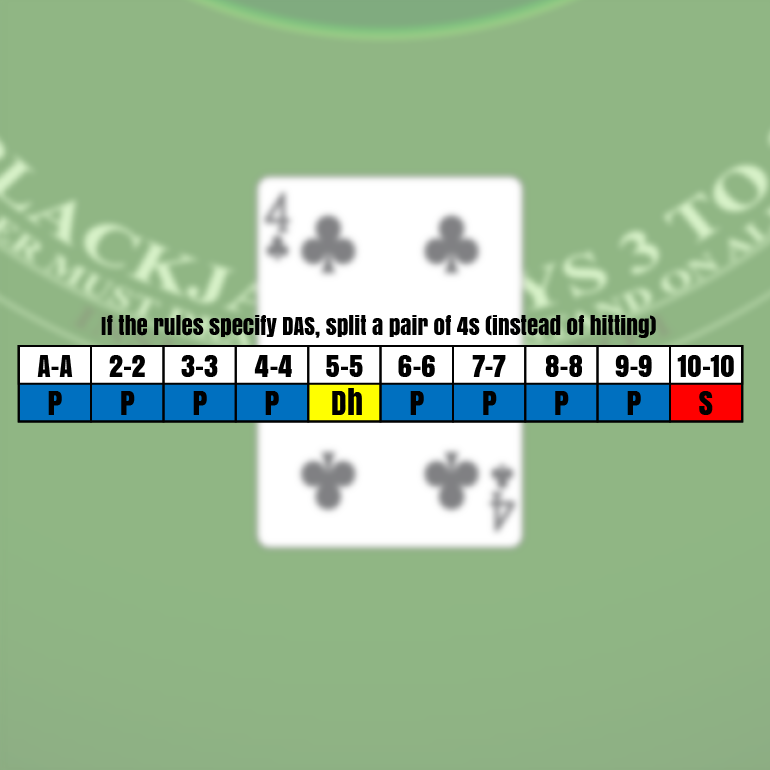 You can gain some precision in your playing accuracy if you take into consideration the composition of the cards that comprise your 12 against a dealer’s 4 upcard.

To be sure you have the strategy down pat for playing your hand against a dealer’s 4 upcard, determine how you would play each of the 10 hands listed below, jot down your decision on paper, and then check it against the correct play at the end of this article. (Your goal is to be able to play every hand accurately, regardless of the number of decks of cards or mix of playing rules.)

Correct plays for the hands in the table are: