How to Play Your Hands Against a Dealer’s Ace Upcard 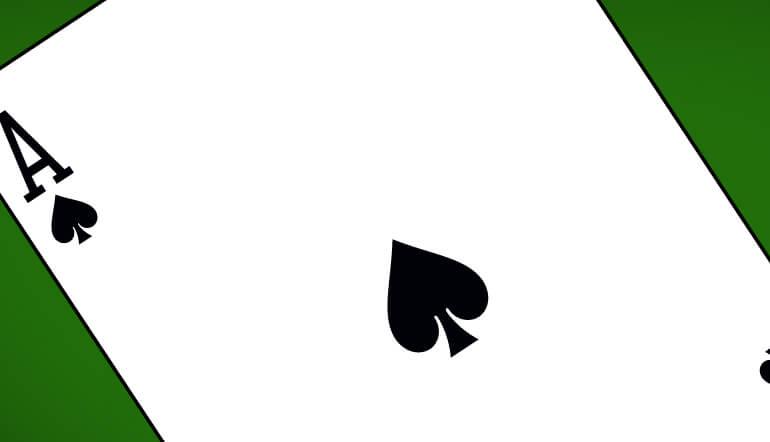 Any live or online blackjack player’s stress level increases when the dealer flips over an Ace as her upcard. That’s because she has only an 11.5% chance of busting and a whopping 88.5% chance of getting to a final hand that totals17 through 21 (assumes the dealer did not peek at her down card to determine if she has a blackjack).

It’s clear the dealer has a significant advantage with an Ace upcard but since we can’t change the cards that we are dealt, we must play them in a way that will decrease our expected long-term losses. This means being more aggressive when we are a dealt a stiff hand (hit rather than stand) and less aggressive when we are dealt a two-card soft hand (hit rather than double down). We also should surrender several hands (even when it results in forfeiting half our bet), and play some hands differently depending upon the composition of the cards in our hand.  What follows is the accurate playing strategy for any hand when the dealer shows an Ace upcard.

There are several differences in the playing strategy for multi-deck games depending if the blackjack rules are S17 or H17. I’ll summarize the strategy for S17 first, then show the changes when the game is H17.

Below is the corresponding blackjack strategy arranged into three color-coded tables for Hard Hands, Soft Hands, and Pairs. The first row in each table represents the player’s hand (in the case of hard hands, it represents the total count of the cards), and the second row contains the correct playing strategy against a dealer’s Ace upcard for an S17 game.

If the rules are H17, make the following four changes to the above strategy against a dealer Ace upcard:

The color-coded strategy chart below for hard hands and pair splitting corresponds to the above H17 strategy.

WHAT IF YOU ARE PLAYING A DOUBLE-DECK GAME?

The playing strategy for a double-deck game with S17 is the same as it is for multi-deck/S17 game except for one change:

If the rules are H17 with NDAS, the playing strategy is the same as it is for the above multi-deck/H17 game.

If the rules are H17 with DAS, the playing strategy is the same as it is for the above  multi-deck/H17 game with one change:

WHAT IF YOU ARE PLAYING A SINGLE-DECK GAME?

The strategy is the same as the above multi-deck/ S17 strategy except for these two strategy changes:

The strategy is the same as the above multi-deck/ H17 strategy except for these two strategy changes:

You can gain some precision in your playing strategy if you take into consideration the composition of the cards that comprise certain hands. This is especially the case with a double- and multi-deck game when the blackjack dealer is showing an Ace upcard.

To be sure you have the strategy down pat for playing your hand against a dealer’s Ace upcard, determine how you would play each of the 10 hands listed below, jot down your decision on paper, and then check it against the correct play at the end of this article. (Your goal is to be able to play every hand accurately, regardless of the number of decks of cards or mix of playing rules.)

Correct plays for the hands in the above table are:

Blackjack School
About the Author
By
Henry Tamburin Ph.D