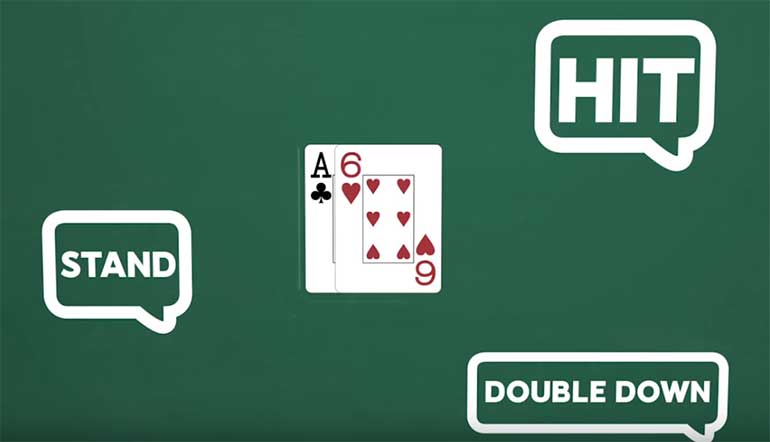 So what’s the big deal with a soft 17? It’s that most blackjack players frequently misplay this hand. In fact, below are five common mistakes made by players; but first, I want to be sure you understand what is meant by a “soft 17” hand.

In the game of blackjack, hands that contain an ace that can be counted as 11 are known as soft hands. For example, an ace-5 is a soft 16 and a 3-ace-5 is a soft 19. The basic playing strategy for, say, ace-6 is much different than it is for, say, a 10-7. The latter is known as a hard 17 because it doesn’t contain an ace counted as 11.  Even though both hands total 17, the basic playing strategy for a soft 17 is different than a hard 17 because you can never bust a soft 17 with a one-card draw (not so with a hard 17).

Now, let’s focus specifically on those situations that cause players in land-based and online casinos to err when playing their soft 17 hand.

Most blackjack players mistakenly believe that a 17 is a good enough hand on which to stand. In fact, it’s not because you will lose more money standing than either hitting (or doubling down). Still not convinced that standing is a bad play? Think about this. When casino rules require that their dealers must hit soft 17 rather than stand, it’s because the house edge increases, meaning hitting a soft 17 is better for the dealer than standing. Well, guess what? If it’s good enough for the dealer, it’s the same for players … hitting soft 17 is always better than standing. Therefore, one of the golden rules of smart play is this: No matter what blackjack game you are playing, never stand on soft 17.

MISTAKE #2: NOT DOUBLING DOWN ON SOFT 17

I can’t tell you how many times I’ve witnessed players hitting a soft 17 when the dealer’s upcard is, say, a 5 or 6. I believe the reason they pass up the opportunity to double down is because they don’t understand the logic for doing so. The reason you should double down on soft 17 is to bet more money when the dealer is vulnerable to busting. The latter occurs more often when the dealer shows a low-valued upcard, such as a 5 or 6. In fact, the basic playing strategy for doubling down soft 17 is this:

Suppose you are playing blackjack and the dealer gives you a 2 and 4 and she shows a 6 upcard. You ask the dealer for a hit, she obliges, and your draw card is an ace. Now you’ve got a 2-4-ace or a soft 17 hand. Bingo, you remember the rule that you should double down on soft 17 when dealer shows a 6. But hold on here. In most land-based and online casinos, the casino rules prohibit doubling down on a hand once you draw a third card. So now what? I’ve seen many players in this situation panic and stand. That’s unfortunate because the basic playing strategy for a multi-card soft 17 is quite easy to remember: 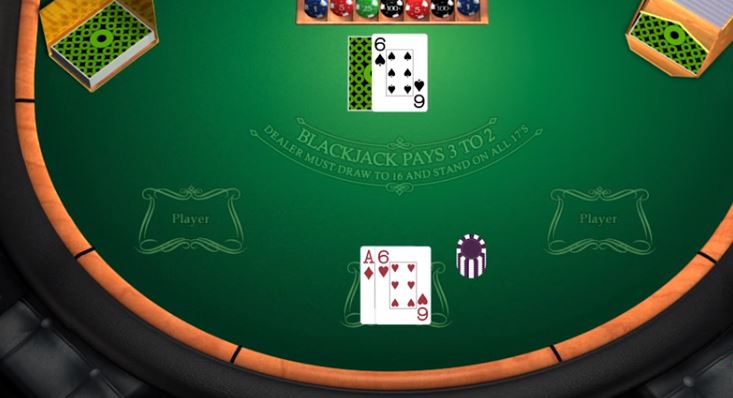 MISTAKE #4: NOT CHECKING THE PLAYING RULES FOR DOUBLING DOWN

Some casinos prohibit players from doubling down on soft hands (usually, these casinos allow players to double only on hard 9, 10, or 11 or just 10 and 11). The latter usually occurs in single- and sometimes double-deck games. Here again I’ve seen players push out a secondary bet when they are dealt a soft 17 against, say, a dealer’s 5 upcard, only to have the additional chips returned to them by the blackjack dealer, saying, “Sir, doubling down is allowed only on 9, 10 or 11,” while they point to the placard on the table that states this rule. The player is often embarrassed at making this gaffe, and not knowing what to do, often sheepishly stands, whereas the correct play is to hit. Therefore, we can expand the above rule about always hitting a multi-card soft 17 to take into account casinos that prohibit soft doubling to the following:

MISTAKE #5: INCORRECTLY DOUBLING DOWN ON SOME HANDS

Sometimes doubling down on a soft 17 is not the right play. For example, you should never double down when the dealer’s upcard is 7 through ace (and, yes, I’ve seen players make this play). The reason should be obvious; namely, the dealer’s chances of busting are not very good, therefore, you don’t want to add more money to your bet (by doubling). But here is where some players err. Suppose you are a dealt a soft 17 and the dealer’s upcard is a 2. I’ve seen many players double down in this situation, which is the right play in a single-deck game, but the wrong play in a double- or multi-deck game (in the latter games, you should hit soft 17 against a dealer’s 2 upcard). The correct basic strategy for hitting a soft 17 is as follows:

Now that you know the common mistakes made by players when holding a soft 17, the next time you are dealt this hand, you should have no problem playing it correctly. Agreed?

Note: For more details on how to play a soft 17, including basic strategy charts and tables for all games, consult Chapter 3 in my Ultimate Strategy Guide.

Soft 17
About the Author
By
Henry Tamburin Ph.D