“Which Blackjack Table Should I Play On and What Seat Should I Take?” 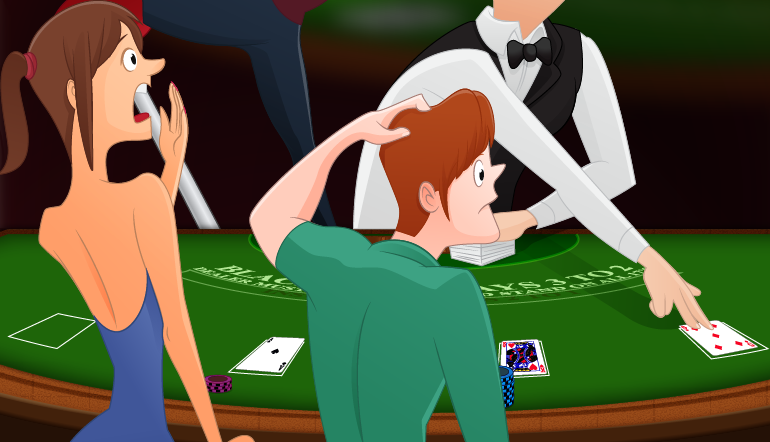 I’ve been asked the above question hundreds of times from blackjack players. What follows is a synopsis of what I tell them.

Many players don’t give much thought to the above. They are usually so anxious to play they will rush into the casino and plop themselves down at the first table they spot with an unoccupied seat. Not much thought is given as to how the dealer is dealing the cards; how many decks of cards are being used; whether the table is nearly full (or devoid) of players; the playing rules, including the payoff for a blackjack; and most importantly, the betting limits. Additionally, whether you are a recreational player or a card counter needs to be considered when deciding which table to play and which seat to occupy.

The first criterion that you should consider is the table betting limits. That’s because I can’t tell you how many times during my playing career I’ve witnessed a player sitting down, putting money on the table, asking the dealer for chips, and then placing a red chip in his or her betting spot. The dealer then proceeds to admonish the player for making a wager that is less than the posted minimum betting limit.  The player will sheepishly leave the table, most likely embarrassed for not looking at the signage on the table that states what the minimum (and maximum) betting limits are. But this is not the only reason why you should know the betting limits before you sit down and play. 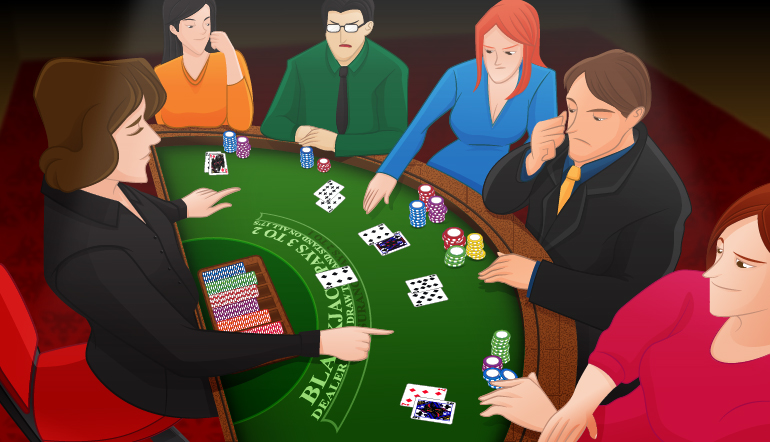 If you have a limited playing bankroll, you should only play on tables that have low minimum-betting requirements. That means scouting the casinos to find a low-limit table. If you are not sure if a particular casino offers, say, a $5 minimum blackjack game, then call the casino and ask the operator to connect you to the blackjack pit. Ask the supervisor who answers if they have any $5 blackjack games, and if so, when these tables are open.

The next important criterion for table selection is the playing rules. These days blackjack rules are not necessarily the same from one table to the next. Some tables may have very good (player-favorable) rules while for others, the rules are not so good. Moreover, the casino manager isn’t going to point you to the table that has the best rules. It’s your (the player’s) responsibility to know the good from the bad. The three most important player-favorable rules are:
•    Player blackjack pays 3-2 and not 7-5, or worse 1-1
•    You can double down after pair splitting, and
•    Dealer stands on all 17s

(For a more detailed list of player-friendly rules, go to Chapter 6.2 in my Ultimate Blackjack Strategy Guide.)

Once you’ve tracked down a table with a reasonable set of player-favorable rules, next check how many decks of cards are being used. It’s easy to see if the dealer is using either a single- or double-deck of cards. (In single- and double-deck games, the dealer will pitch the cards to the players in each round; however, some casinos may use a dealing shoe in a double-deck game.) If a casino uses more than two decks, it will usually be either six or eight decks, and the cards will be dealt from a dealing shoe. If you are unsure if the game is using six or eight decks of cards, simply ask the dealer or floor supervisor.

Generally, a single-deck game has better odds for a player than a game that uses two decks, which is better than six decks, and the latter is slightly better than eight decks but this assumes all else is equal (meaning, the rules are the same).  Therefore, it’s important to know the complete set of playing rules associated with a particular game (including the number of decks of cards) to decide if the game is worth playing. (Your goal should be to play a game with a lowest house edge; ideally 0.5% or less. See the Blackjack Charts chapter in my Ultimate Blackjack Strategy Guide for more advice on this.)

Many casinos nowadays use what is known as a continuous shuffling machine (or CSM) to shuffle and deal the cards. With this device, the cards are inserted back into the CSM after every round is completed, and randomly shuffled with the unplayed cards. (Most CSMs contain five or six decks.) When a casino uses a CSM, the dealer can deal more hands per hour since there is never a pause in the action to manually shuffle the cards. Therefore, with a CSM-dealt game, players will be exposing more of their bankroll to the house edge resulting in a higher theoretical hourly loss. Bottom line: Recreational players should avoid playing on tables that use a CSM.

This might not appear logical but recreational players are better off playing on full tables (meaning, where all, or most, seats are taken) rather than playing alone, or with only one or two other players. The reason is the same as it is with the CSM; namely, you will get less hands dealt per hour on a full table vs. playing heads up and therefore you’ll expose less of your bankroll to the house edge. Still not convinced? Check out the math below.

Suppose a recreational player is playing a six-deck game with a good mix of player- favorable rules resulting in a house edge of 0.5%. His or her average wager is $10 per hand over a four-hour session. The calculated theoretical loss is as follows.
(Note: The number of hands dealt per hour in the examples below depends on how fast the dealer deals the cards, and how fast each player takes to decide how to play his or her hand. The figures I used came from the book Professional Blackjack by Stanford Wong.)

Lastly, which seat is best? From a mathematical standpoint, it really doesn’t matter which seat you take at a blackjack table. (Even playing on a table full of clueless players, your odds of winning will not be affected in the long run.) However, my advice to recreational players that may need (or want) a little more time to decide how to play their hands correctly is to take a seat on the dealer’s right side. That’s because once the dealer completes dealing the initial two cards to each player, she will immediately point to the first player to her left for a hand signal (indicating what the player wants to do … stand, hit, etc.). After the first player completes his or her hand, the dealer will go to each player in turn for a playing decision.  Therefore, if you take a seat on the dealer’s right side, you will have a little more time to decide how to play your hand (or to check your blackjack strategy card to be sure you are making the correct play). However, the anchor seat (i.e., last seat) is often perceived by other players as being the one at which a more experienced players sits, and you might not want that extra pressure or scrutiny from the other players.  Bottom line:  choose seat #5 or #6.

You now have the information you need to help you determine which table to play, and which seat to take, the next time you play blackjack. Good luck and good cards!

Blackjack Tips
About the Author
By
Henry Tamburin Ph.D