An Introduction to the d'Alembert System 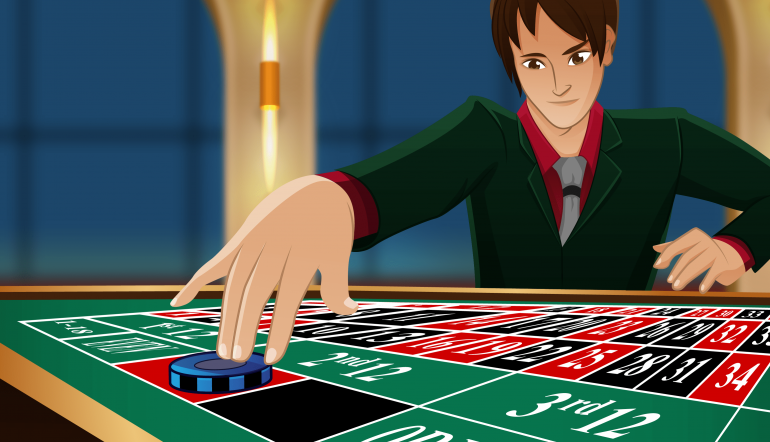 The d’Alembert system, also called the montant et demontant system (a French phrase that translates to upwards and downwards), is named after the French mathematician Jean le Rond d’Alembert. The system is based on the mathematical theory of equilibrium devised by d’Alembert in the 18th century. The d’Alembert mathematical equilibrium theory states that over the long run each of the outcomes in of a near 50/50 game will come up an equal number of times. Here, I will evaluate how the system works as well as the overall effectiveness of the system as well as what additional tactics can be used to increase the efficacy of the system.

WHAT IS THE D’ALEMBERT SYSTEM?

The d’Alembart betting system works best when it is applied to bets that have a near 50/50 outcome. In roulette, these bets are the red-black, even odd, 1 through18 and 19 through 36 bets. These bets are termed outside bets because they can be found on the perimeter of the roulette felt. When playing Craps these are the Pass and Don’t Pass bets. The d’Alembert strategy can also be applied to Baccarat on the Player and Banker bets. The simplicity of the system makes it easily applicable to both the online gaming environment as well as the traditional land-based casinos. 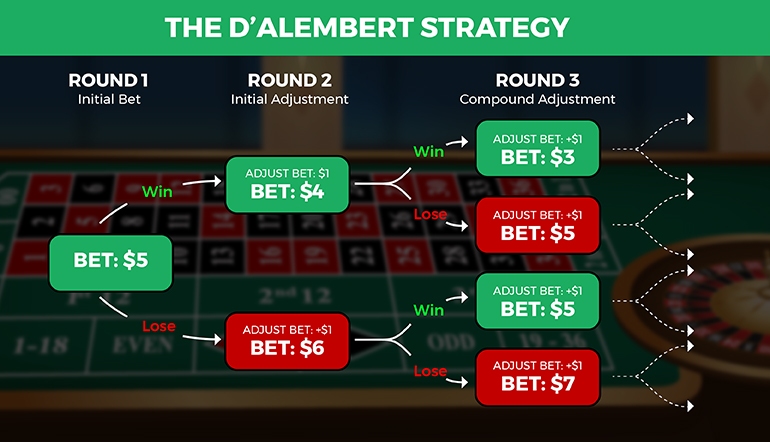 The d’Alembert betting system has characteristics that are similar to the Martingale betting systems (and Anti-Martingale), in that the player scales their next bet based on the outcome of the previous bet. The d’Alembert strategy is popular among players who want to keep the number of their bets and by extension their losses to a minimum. It is also used among players who want to accumulate comps. The betting progression is very simple and goes as follows: After each loss, you add one unit to the next bet, and after each win, one unit is deducted from your next bet. Starting with an initial bet of 5 units a typical betting sequence would like the following:

The Mathematical summation for the sequence would be: 0 – 5 – 6 + 7 – 6 + 7 + 6 – 5 + 6 = 4. The d’Alembert betting system is preferred over the Martingale system because while you do increase your bets after a loss, it is at a much smaller rate than the Martingale and Anti-Martingale betting systems. The financial swings are drastically smaller and the required bankroll is much less. 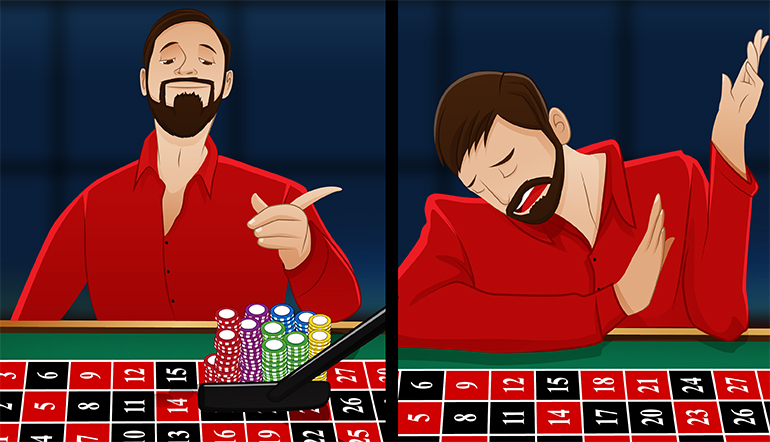 ADVANTAGES OF THE D’ALEMBERT SYSTEM

No casino gaming strategy based on a game that has independent trials can be described as safe. This is because they all carry an element of risk. However, this is about as safe as one can get. Secondly, a relatively low bankroll is required for a player to start playing. Lastly, the player is not in danger of brushing up against live casino table limits, unless of course, the player goes on an absolutely horrendous losing streak.

DISADVANTAGES OF THE D’ALEMBERT SYSTEM

The potential winnings using the d’Alembert system are low. This is to be expected from a relatively low-risk system. The player is also relying on winning as many bets as they lose. This isn’t likely to happen over long-term of play. This is because even with a slight disadvantage the difference between wins and losses diverge as the number of events gets large. The final problem I see with the d’Alembert betting system is that the player can sometimes go on an extended losing streak where the bets increase drastically. Once this happens, you find yourself in a tremendous hole that can only be recovered by going on an equally long winning streak. This will happen but the time required is unpredictable and can take a long time to realize.

Like most betting systems the d’Alembert has a reverse option. Like the name implies the player just does the opposite of the traditional system. Here the player increases their wager by one unit after a win and decreases their bet one after a loss. 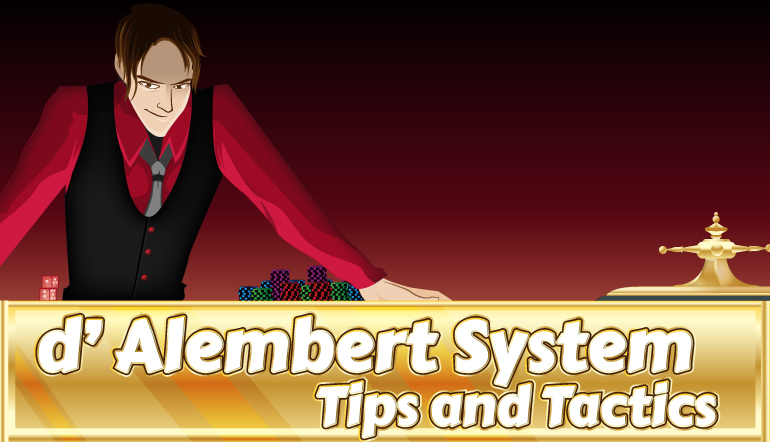 TIPS AND TACTICS FOR THE D’ALEMBERT BETTING SYSTEM

If you still think the d’Alembert system really works then considered the following. Many people have tried it and have not been successful. Even though the system appears to be flawless and initially the betting sequence may always result in consistent gains, the math will always catch up and a long streak of losing will inevitably wipe out any gains made.

The can believe that the system will swing back in their favor but the reality is quite opposite to that assertion. In the real world play, the d’Alembert system has severe problems that will cause you to lose money when you play long enough. Be aware of the problems mentioned here while implementing the D Alembert system. In most of the cases, these problems are often overlooked but as an example consider that the D Alembert roulette system formula is based on the 50/50 bet, however in the ordinary roulette the zero or double zero on game equipment makes the 50 or 50 bet areas like Red or Black, Hi or Lo and Odd or Even have solely 48.65 or 48.65 bet. Therefore, even the formula works cleanly, the casino still has a 2.7 percent edge over the players wagers over the long run. This applies to games like Craps and Baccarat where the win-loss rates are close to but not exactly a 50/50 rate.

Another aspect to consider is if you play Roulette with the d'Alembert system, you have got to use the same interval bet on each loss or win. In some instances, a prolonged losing streak will cause the player to hit the table limit and when this happens the system cannot perform as designed because the bet can no longer be raised.

d'Alembert System
Roulette Tips
About the Author
By
Nicholas Colon