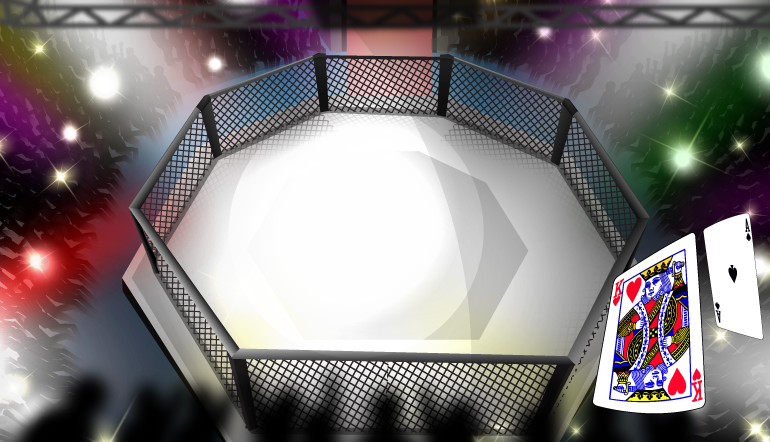 UFC President Dana White says he only sleeps three to six hours a night, and that’s only when he isn’t up all night at the blackjack table in Vegas, which is often. On those nights, when he gets involved in marathon blackjack sessions playing for $25,000 a hand, he’s lucky to get home in time to drive his two kids to school. He can handle it. He’s been playing serious blackjack for a long time, even longer than he’s been the $350 million president of a multi-billion dollar sports and entertainment company, lest you think his gambling habits were a by-product of his wealth. But blackjack, before White got rich, was a much more subdued affair. Today he likes to make a big splash when he plays. That’s his style, at the blackjack tables and in his business alike. It’s his brashness, the spectacle he creates, that gets White into the most trouble. It’s also usually the secret to his success.

Take, for example, his tumultuous relationship with the Palms Casino in Las Vegas. From the day the Palms opened in 2001, White was one of their biggest players, playing there regularly for $25,000 a hand, while also holding some of the UFC’s biggest fights at the Palms. The Ultimate Fighter finale was held there for 15 straight seasons. Not only was White one of the biggest players at the tables, he was one of their biggest tippers as well. During one three month period he tipped the dealers over $200,000. He was known to dine in the Palms trendy steakhouse, N9NE, and tip $10,000 on a $10,000 bill.

The trouble began in 2012 when White went on a run and hit the Palms for a few million dollars. The casino responded by cutting his credit in half and limiting his action at the tables to a maximum of $5,000 per hand. Furious, White quit playing at the Palms, and he pulled UFC’s fights from the property as well. The 16th Ultimate Fighter finale was moved to the Hard Rock. White took his blackjack action to Caesar's, where he said that “they will let you play. No messing around with limits.”

Two years later the new management at the Palms tried to win Dana White and the UFC back by sending him a $5,000 bottle of 2001 Domaine de la Romanee-Conti Montrachet wine. The gesture worked. White ended the UFC boycott and returned to the Palms high limit blackjack pits with abandon.

When White went back to winning blackjack (and blackjack tournaments), the casino did whatever they could to keep him in action in hopes that he would lose the money back. Once, when White tried to leave the casino with $5 million in winnings, the casino simply stacked the cash on the counter for him and wished him good luck. When White asked the casino for a bag to carry the money in they refused. ““I’m like, are you serious? We’re going to get killed,” White said while recounting the story during a media luncheon. “They don’t have some kind of suitcase where they put the money in. ‘You just beat us, here you go.’ That’s really the attitude. They just stack it all up there and go ‘thanks, have a great night.’” White sent his friends in search of something to carry the money in. They returned with black hefty bags. White stuffed the five million in the garbage bags and carried it out of the casino. Now, he says, he brings his own bags just in case he has another winning session.

Less than six months after returning to the Palms, the casino cried uncle again. They limited his action to $5,000 again, and eventually White claims the casino “gave me my walking papers” and pushed him off entirely. This time around, however, the casino and White ended the relationship more amicably. The Palms presented White with a custom-made championship belt that read “PALMS Undisputed Blackjack Champion” and “Winner by TKO” on it.

Dana White was raised in Manchester, Connecticut in an Irish-Catholic family with his mother June, his father Dana Sr, and his sister Kelly. When Dana was 17 he got into boxing. He later got into managing fighters and moved to Las Vegas. It was there that he reunited with an old childhood friend, Lorenzo Fertitta, who was an executive at Stations Casinos and a member of the Nevada State Athletic Commission, the licensing body for professional fighting in Nevada. White convinced Fertitta to purchase the struggling UFC, seeing promise in the future of mixed martial arts. Fertitta made White the president. Together they turned an obscure and struggling company into an international phenomenon.

Along the way, White made plenty of enemies with his loud and bold style. White has developed a reputation as someone who doesn’t mince words. That style of management can be polarizing. While it has won White a lot of fans and notoriety and made him a juicy subject for the tabloids, it has also pushed a lot of people away from him. He’s been in very public feuds with everyone from rival promoters to his own UFC fighters and employees.

Some of Dana’s famous friends have also grown concerned about him, including the comedian and podcaster Joe Rogan, who on a recent episode of the Joe Rogan Experience suggested that White might be addicted to blackjack because he might have brain damage or CTE. “[He does it for] thrills. Also, people who have been hit in the head a lot - Dana’s been hit in the head a lot. Notoriously impulsive, notoriously susceptible to addiction, whether it’s gambling addiction, it’s a big part of CTE. Chronic Traumatic Encephalopathy. That’s brain damage, from getting hit in the head. He did a lot of boxing when he was young, had his dome rattled.”

Dana White still plays a lot of blackjack, his favorite casino game, and says he’s still a winning player. After so many multi-million dollar wins and high-profile banishments, there are rumors around Vegas that White is a card counter. It isn’t so far-fetched to believe that someone as wealthy as White would spend the time and effort counting cards to beat a casino at blackjack. The same year the Palms gave White the boot, the Hard Rock famously kicked out Ben Affleck for card counting at their high stakes blackjack game. While Affleck admitted to card counting, White denies the accusations. “I’m the farthest thing from a card counter,” he has said. White just claims to be a good gambler, nothing more. And it isn’t just for the money. For White, gambling is about the rush he gets from winning. "I just like to win," he told the Las Vegas Review-Journal. "Do I need to play cards? I’m not gambling to win money. It’s just such a weird mental psyche thing. I like to (expletive) win." 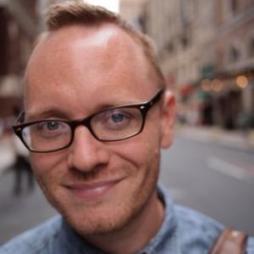 David Hill is a writer and author from New York. His work has focused on the world of gambling, from chess hustlers to poker pros and everything in between.

He is the author of the forthcoming book "The Vapors: A Casino in Southern Gothic" from Farrar, Strauss & Giroux.