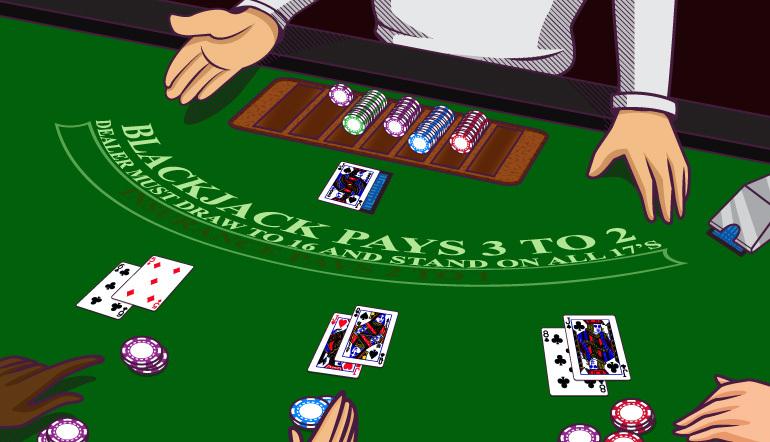 Blackjack is unusual among casino games in that the odds change with every card dealt.

In roulette, there is an equal chance any of the numbers will come up on any given spin. In craps, the possibilities remain the same on every roll.

Analysts will tell you the wheel or the dice have no memory. Past results don't influence future outcomes.

In blackjack, the cards that have already been dealt do influence future outcomes. In live games, an Ace that's dealt on one hand isn't available on the next. Either live or online, if you have a 6 in your hand, that specific 6 isn't available to be dealt again in that hand.

Those ever-changing odds are the basis of card counting in live casinos. Advantage players bet more when the composition of the remaining deck is in their favor and less when the odds turn against them.

Online players can't take advantage of that. Cards at online casinos usually are shuffled for every hand. But even online, there are a few instances where straying from basic strategy can bring you a small gain.

The online gains come in the form of composition-dependent strategies. A prime example is hard 16, where 10-6 and 8-5-3 have the same total, but carry different odds.

That affects strategy when the dealer has a 10 face up. Basic strategy calls for players to hit hard 16 against a dealer's 10. The likelihood of the dealer making a standing hand of 17 or better to beat 16 is high enough that it overcomes the reluctance to risk busting with a hit.

The situation changes when the 16 is composed with three or more cards. Let's use the 8-5-3 mentioned earlier as an example. In a six-deck game in which the dealer hits soft 17, you'll lose an average of 54.4 cents per dollar wagered if you hit. If you stand, that average loss dips to 54.0 cents.

That's the opposite of the situation with two-card hard 16s. The gain is small, but with 8-5-3 vs. 10 the better play is to stand. 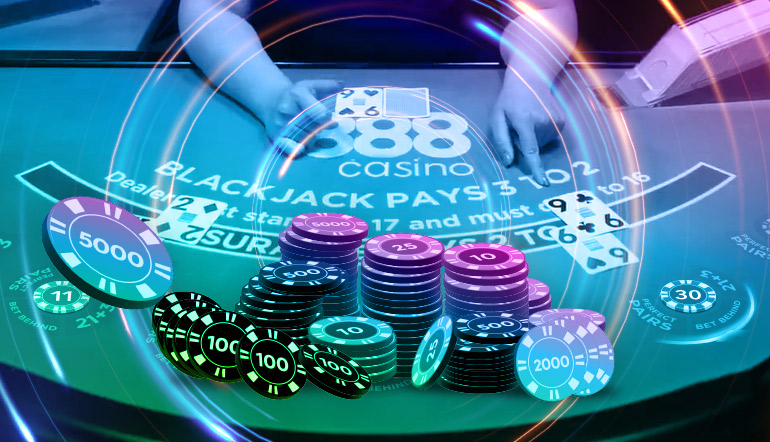 Best strategy shows the same flip anytime you have a hard 16 consisting of three or more cards that include one or more 4s or 5s.

The reason is having that 4 or 5 already dealt and not available for a hit reduces the chances of drawing a card that will give you 20 or 21 – and increases the chance of busting – just enough that standing vs. 10 becomes the better play.

The numbers given are for six-deck games, but the same applies to the single-deck games found more often online than in live casinos.

Another composition-dependent play applies to single-deck games where the dealer hits soft 17 but not six-deckers, and that means online players will benefit a lot more often than those who play in live casinos. However this is a move to make in less common six-deck games in which the dealer stands on all 17s.

Because your hand already has a 10, there's one fewer 10-value card available for a draw that would bust you. That's enough to shift the strategy with a single deck, but doesn't move the odds enough to make the switch in a six-deck, hit soft 17 game. Do switch to hitting 10-2 vs. 4 with six decks if the dealer stands on all 17s.

Players in live casinos have expanded strategy shift opportunities. Much of that comes via counting cards, which is a topic unto itself. But even non-counters can make small gains by watching other players' cards.

That's easy enough to do in common six-deck games. Player cards are dealt face up.

Fred Renzey, author of "Blackjack Bluebook" and "Blackjack Bluebook II" emphasized giving players small steps they could use to improve their games before attempting full card counting.
Among those ways were table-dependent strategies, with seven close-call hands.

Notice that two of the hands are the 16 vs. 10 and 12 vs. 4 already discussed as composition sensitive even if you're just watching your own hand and the dealer's up card.

If you're playing a six-deck game where all player cards are dealt face up, think about these potential changes that reverse basic strategy plays.

Card counters have many more opportunities to gain with plays that differ from basic strategy. With a commonly used counting system called "Hi-Lo," players speak of an "Illustrious 18" hands in which cards already played frequently lead to strategy changes.

One example: If there is one deck remaining to be played and three more low cards than high cards already have been dealt, then it becomes advantageous to take insurance.

Non-counters should continue to skip insurance. So it goes with other plays that help counters. If you don't track the balance of high and low cards, you're better off sticking  with basic strategy than trying to guess or estimate.

But for the composition-dependent hands and the table counts listed earlier, you have all the information in front of you as you play that hand. Gains are small, but easily available.