The Mentor of Craps Odds 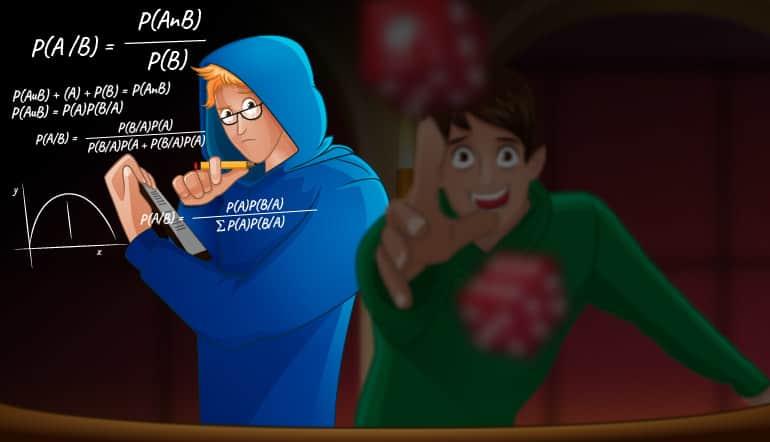 I think most successful athletes, scholars, writers, doctors, actors, chefs and, yes, casino gamblers often need a mentor; someone who can jog the unthinking fog that often settles in our brains when we perform an activity. I know I needed such a mentor or I would have been one of those lost, misty-eyed players you often see shambling about in the halls of Lady Luck.

My mentor was the late Captain of craps, the Atlantic City legend, about whom I have written six books. His thoughts about craps and casino gambling in general completely influenced me and, in fact, set the tone for most of my writing.

What I offer to you today are a few of the Captain’s ideas. None of his betting methods can give you the mathematical edge but all of them will reduce the house edge over you.

Indeed, the Captain realized that most craps players will never develop what he called a rhythmic rolling technique, and that means only a micro-small percentage will ever develop the ability to influence the dice which can turn the math of the game to favor the player. Rhythmic rolling is a skill mastered by a rare few.

[Please note: Rhythmic rolling is also called dice influence, controlled shooting, dice control, and rhythm rolling. While many Internet dice gurus claim to have this skill, players should be wary of spending their hard-earned money on teachers who really can’t do what they teach. Rhythmic rolling cannot be done on the Internet or electronic craps games.]

THE CAPTAIN ASKS: “THE ODDS ARE RIGHT BUT IS THE PAYOUT?”

It is important to realize that a craps payout has some components:

There are two ways the casino makes money from the players at craps – it can win more decisions or it can tax the winning bet. 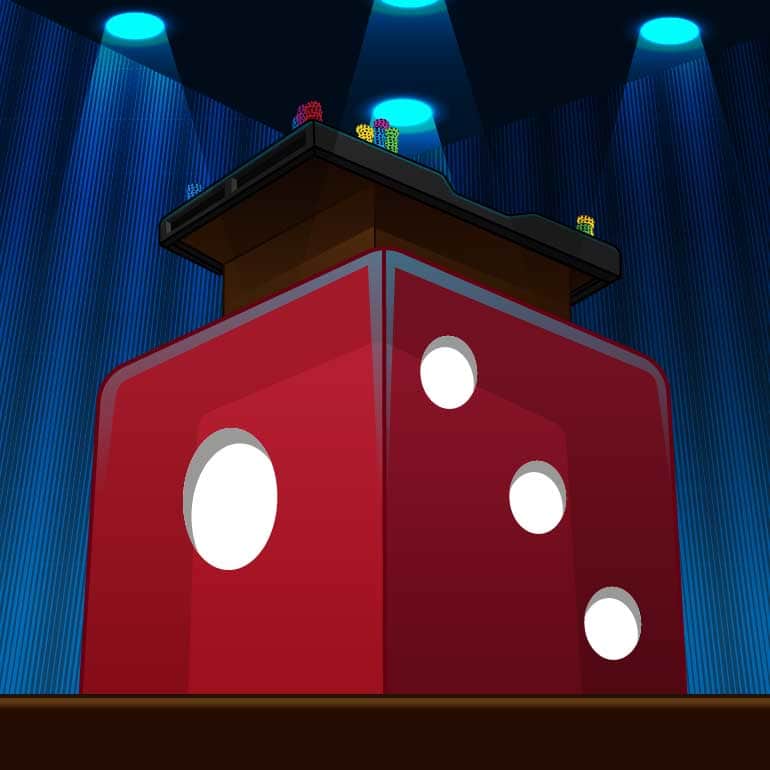 If we look at another bet we can see that the odds of winning the bet are not in any way changed but something else is – something extremely important.

[Please note: You will find this feature at many casino games but it is startlingly clear when it comes to craps. In blackjack, it is just the opposite in some cases. Because the casino will win 52 times to every 48 player wins, in order to make the game a closer contest, the house will give more back on certain wins – for example, blackjacks usually pay three to two – while in advantageous situations the casino will allow the  players to increase their bets.]

THE CAPTAIN ASKS, “IS TAKING THE ODDS AN EVEN BET?”

The Odds bet at craps is often heralded as an even-money bet. It is and it isn’t. To make this bet you must already have a Pass Line or Come bet. Those two bets have a house edge of 1.41 percent each. If you take the risk on them then you can place the Odds. You are adding extra money to your wager but that extra money is not increasing the house edge on the actual Pass or Come wager.

Now the Captain showed us a way to make those Odds work even more for us. For example in a 2X game, if you are betting $10 on the Pass or Come, instead of taking $20 in Odds if the dice fall on a 6 or 8, you can usually place $25 in Odds on them.

If you are a $15 Pass or Come player at a 2X game, you can usually make your Odds on the 5 and 9 forty dollars and on the 6 and 8 fifty dollars. You will not see this advertised but many casinos will allow you to do it. I did have trouble doing this on cruise ships.

[Please note: The Captain called increasing the odds on the Pass Line or Come bet “pushing the house” because you are pushing out more money on a bet even though the signage on the table does not state such money can be “pushed” out. Your expected loss is still the same on the Pass and Come but you have more money going against the house.]

The best way to play the Pass Line and Come, and the Don’t Pass and Don’t Come, is to make the original bet as small as possible but to get as much money in Odds as you can. If you were playing a 100X game, it is better to bet $5 on the Pass or Come and back it with $500 (or what you can afford). Your expected risk on the $5 is only 7 cents; your risk on the $500 is zero. So small is good on the Pass and Come and large (what you can afford) is good on the Odds.

THE CAPTAIN SAYS, “CUT THE HEDGES FROM YOUR GAME.”

Are there ways to protect a bet on the Pass Line so a 2, 3 or 12 can’t knock your bet off? Yes, there are ways and they are bad bets at craps that protect nothing but the casinos’ profits.

Hedge bet is a method where you use one bet to offset the possibility of losing a different bet. Pretend you have Pass Line bet of $5 and you want to keep it safe from the 2, 3 or 12? Players who believe in hedging will then bet the Any Craps proposition that will win if the nasty numbers of the 2, 3 and 12 show their ugly faces.

Therefore watch what happens: If 7 or 11 hits on the come-out roll, you win $5 on the Pass Line but lose that one dollar on the Any Craps bet. You are ahead by $4. That’s a good thing, right?

So far hedging sounds like an amazingly terrific plan, right? Now let’s add everything up and see where we really are with this hedging concept.

Now to the (real) bad news: 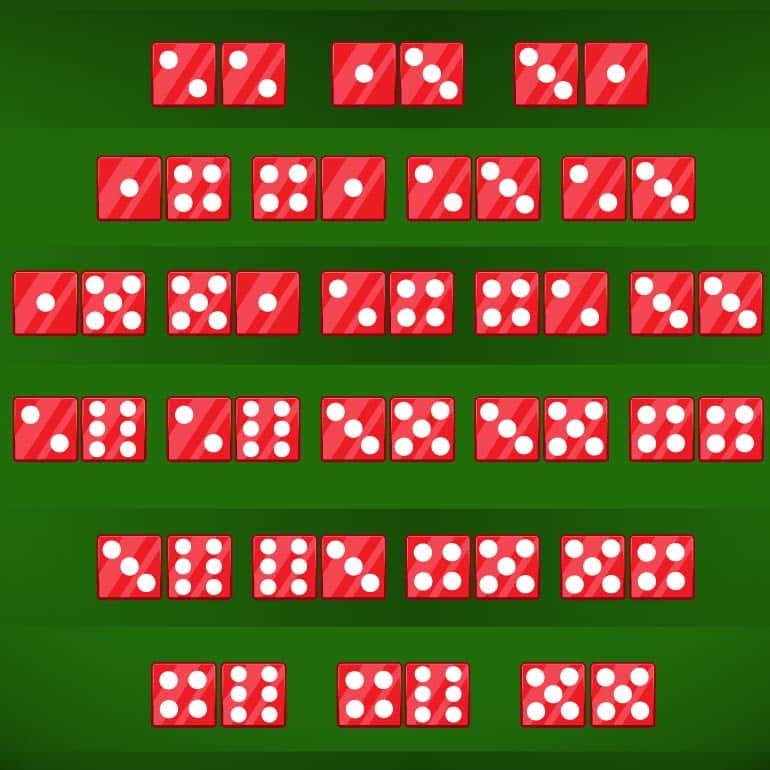 Here is the part that should make a hedger crestfallen: If you had merely played the Pass Line without hedging, you would have won $40 on the 7 and 11 minus $20 on the 2, 3 and 12 which means (yes, yes, here it comes) a total win of $20 – four more dollars than had you hedged.

The Captain cautions, “What’s the game plan for place bettors?”

Place betting is very popular with craps players and some Place bets are pretty good, such as the 6 or 8, which comes in with a house edge of 1.52 percent. Of course, you pay a price for being able to Place the numbers you want as opposed to getting on the numbers by using the Come bet option.

Although the Captain has methods for reducing the hit on the 4 and 10, most players can not follow his advice because it costs too much.

[Please note: Players who make a bet on all the numbers at once or on the inside numbers are waging a lot of money on six or four bets respectively and need several hits just to get a little ahead. It is best not to do any betting method that requires such high house edges.]

THE CAPTAIN SAYS, “DON’T BE A CRAZY CRAPPER!”

While I do have fun writing about various strategies on how to play craps and roulette, I am aware that those high house-edge bets can sap a bankroll. When you play betting systems you have to be truly aware of your bankroll limits at all times. It is just too easy to go overboard.

The closer the contest, the better chance the player has to be ahead. While I like writing about craps strategies, I caution players to be ultra-careful when they play them. That’s self-defense.

So what are some of the Crazy Crapper bets?

Craps Bets
Craps Tips
About the Author
By
Frank Scoblete