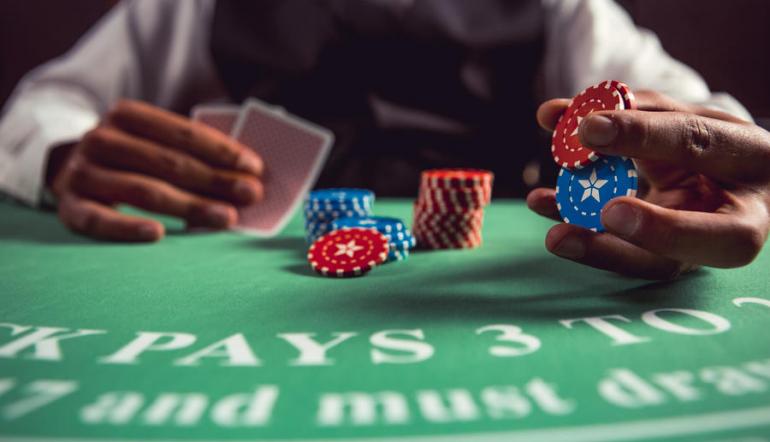 When you are at the casino, there is only one sure fire way to win every time you play, and that is to cheat. And Dustin Marks is arguably the most successful casino cheat in the history of casino gaming. Even though Marks cheating career only lasted a little over 4 years, he and his confederates were able to take casinos for tens of millions of dollars over this short period of time. His schemes were carried out daily and his scores reached as high as $150,000 dollars a night. This 4 year span took place approximately 25 years ago during the age of greed known as the 1980s. Gordon Gecko would be very proud.

If there is a series of criteria to being classified as a world class cheat among those near the top of the list are having huge wins over an extended period of time, and not being caught. In both instances Dustin Marks succeeded in both. Marks after great financial success, decided to hang up his spurs and ride off into the sunset. Most people who worked with him are confident in the assertion that he was the very best to ever swindle the casinos. So how did he do it?

Dustin got his start in the same way most casino cheats get their start - in magic. The two foundations for any magician are card manipulation and misdirection. Two key components of the casino cheats arsenal. Being involved in magic from a young age Marks took his skill set to Las Vegas shortly after graduating college, in hopes of becoming a great magician. But as things often do, a new and more lucrative opportunity presented itself.

When people think of cheating a casino, they think of a player cheating by themselves. This is a huge misconception. An inside man is often needed. In this case the inside man is the dealer, or in cheater jargon; a cross-roader. Dustin Marks was this man. In lay mans terms this is a person who is highly skilled at casino games, blackjack above all. Most all successful cheating moves require a crew of at least 2 people; the dealer and the player. Dustin writes down many of his trade secrets, most of which are no longer applicable, in his updated re-released version of his book Cheating at Blackjack. I will lightly touch on the topics from the book, but it is well worth it to read the book in its entirety.

At Max Rubin’s 21st Blackjack Ball that took place in late January of 2017, Dustin, a regular attendee provided a demonstration of his techniques. Reading about them gives a good foundation of how the techniques work. But seeing them live, demonstrates just how powerful and valuable they are.

Dustin’s favorite move is the one that takes the most skill. It is the card stacking method. Here the dealer evaluates the cards as they are being dealt to the player. Because the protocol of a casino dictates that cards are to be picked up and placed in the discard tray in a specific order the dealer is able to determine what the dealing order would be if the cards were just dealt from the tray without shuffling them. The dealer then keeps an eye out for a strong hand that would be dealt to the player. A 20 or Blackjack is good, a double down is even better. The cross-roader then performs a false shuffle on the deck and signals to their agent to bet big. This move is usually done on a single deck game and can be done dozens of times an hour yielding fantastic results.

This move takes substantial practice, usually months if not years to perfect. In order to pull off this move you need to be proficient in identifying the order that the cards are placed into the discard trade and equally what order the cards will fall when they are dealt. Also, the false shuffle must be perfected and be undetectable. Marks would often practice the shuffle and stacking method for hours at a time while video-taping himself. Some time the move would be executed and sometimes it wouldn’t. Marks would deem himself “ready” to execute the move live when he couldn’t determine when the move was and wasn’t performed.

The most profitable move a cheater can employ also carries the most risk. It is called the cooler. A cooler is a full 6 deck shoe of cards that are prearranged to give the player a maximum advantage. It can be easily seen that a prearranged shoe of cards can easily be worth $100,000. More if the agent’s bets are exceptionally large. Marks notes that to pull of this move it takes several people, and lots of coordination. Everything has done perfectly and I do mean perfectly. This takes lots of practice; anything less than perfection, and the crew risks jail time.

The two previous methods were focused on dealer and player collusion to get the money from the casino. There are two other methods that can be executed by a player alone or two players working together.

The first method is chip stack alteration after the player’s first two cards are known. If the player has a strong hand then the wager is added too, while conversely if the player has a weak hand the player takes chips away from the bet stack. The methods described in the book and demonstrated at the Blackjack Ball rely on a combination of palming chips and using the cards to shield the eye in sky. Practicing, like in the previously discussed methods is vital. Equally important is viewing ones-self from camera angles similar to what surveillance would see.

The last technique is card mucking. Simply stated card mucking is the introduction or changing of a card to improve a hand. The mucking relies heavily on slide of hand and has its roots in a magicians training. There are two ways mucking can be achieved. The first is for the player to independently remove a high value card (like an Ace) and reintroduce it at a later time for maximum profit. The second way is for two players to swap cards so that the player with the large bet has a strong hand. Timing is critical for these types of moves, and need to be done when dealer is on auto pilot and the pit is only half paying attention.

This occurs a lot more than one might think. Think about it for a second. Most dealers deal for 6 hours a day and are pretty bored by this after about 20 minutes. Repetition is a tedious task, particularly one as simplistic as dealing cards. Even a more boring job is the job of the pit boss. They basically stand there trying to look important. But the gaming board requires that they be there. If you doubt this try to watch TV for an hour without any sound. Overt boredom is why casino turnover tends to be so high. And more relevant to our discussion is why casinos are so susceptible to cheaters.

A large part of pulling of these techniques is misdirection. Luring a casino pit personals attention away from the action is necessary when attempting to pull one off the higher risk moves. The distraction must draw enough attention to cause the pit to notice what’s going on but not so much that they become suspicious that something is up. It’s a tight rope to walk but the profits can be substantial when this tension is attained.

Dustin Marks is perhaps the most successful casino cheat in the history of casino gaming. His active period may seem short when compared to other career lengths, but in terms of the high pressure situation of a casino cheat where every play has the potential to put the cheater in jail for several years, it is several lifetimes. You see, Dustin Marks was not only gambling with money but he was gambling with his freedom. And the only way he would ever assume that magnitude of risk is if he took every precaution he could. He practiced endlessly and checked and rechecked his abilities. He was highly critical of himself. Brutal honesty was needed to ensure that he was able to get away with conning the casino out of tens of millions of dollars. He was doing these plays almost every day of his four years in the gaming industry. And his actions never so much as raised an eyebrow. If there was a hall of fame for cheating he would without a doubt be a first time inductee.

Dustin Marks
Casino Cheats
About the Author
By
Nicholas Colon