The Numbers (and bets) of Roulette 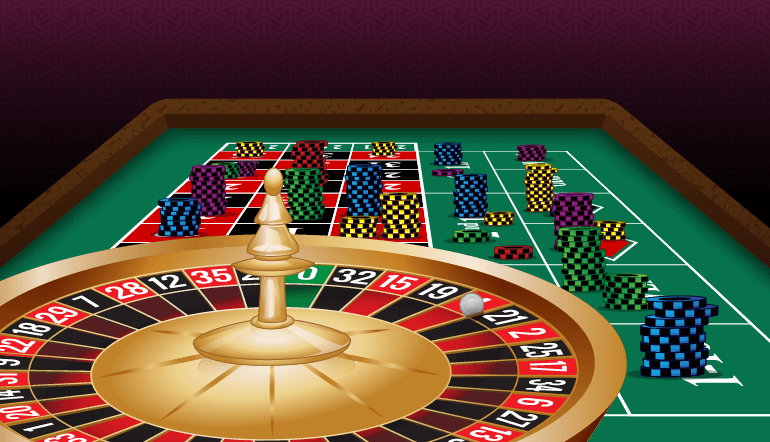 Roulette is a game of numbers with three colors thrown in; red, black and green (sometimes the color blue substitutes for green). Players can bet on one number and on as many as 37 numbers in the European game and 38 numbers in the American game. They can also bet on the propositions of red or black, high or low, odd or even.

The European game of roulette, called the single zero (0) game, has the numbers 1-36 with every other number colored as red or black and with one single number, the 0, colored green or blue. The American game of roulette, which is the most popular roulette game in the world, has the numbers 1-36 in either red or black, and a zero (0) and double-zero (00) in green or blue.

[Please note: Strangely enough, the American double-zero game (0, 00), which is the most popular in the world, is not as good a game as the European single-zero game (0). The American game is almost twice as tough to beat.] 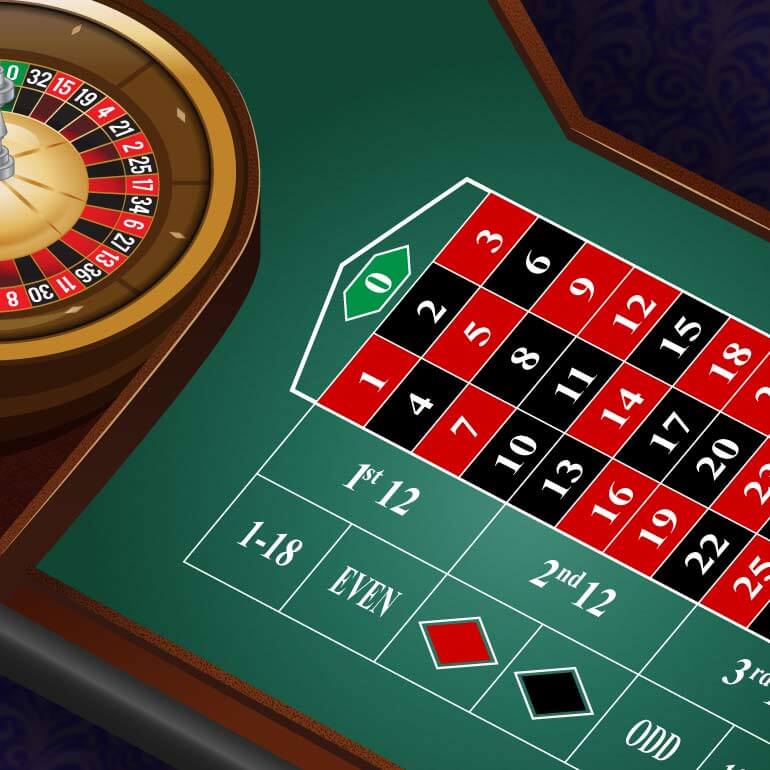 [Please note: In 1958, the “Jones Boys” won $32,000 at roulette in Las Vegas. Many players have won more than that because a large win can also mean the player might be betting a large amount.]

First let me give you how the edges at the game are determined and then I’ll take most of the bets and we’ll see how these fit right in with the overall house advantage.

Interestingly enough, there is one option at the game that can give players only half the house edge at roulette at some casinos at some bets. I’ll get to these later in this article.

HOW THE HOUSE EDGE IS ESTABLISHED

The American double-zero wheels have a 38 number game for the players. On average each number should appear once every 38 spins. In a fair game, meaning a game where the casino has no edge whatsoever, a win for the player should return $37 for every $1 wagered. The player will, however, lose $37 and thus the game is an even contest.

An even contest cannot be a long-term win for the casino, so the payback for the game is altered to give the casino a 5.26 percent edge. How is the payback altered? For every one-dollar wagered, the casino will only award a win of $35 on a number instead of $37. That $2 difference gives the casino its edge. Just divide 38 numbers into 2 and you get 5.26 percent.

Some players consider that 5.26 percent edge as a tax the casino charges the player to play. Calling it a tax is fine with me. Whatever a player wishes to call it simply means the casino actually takes away money from a player’s payout in order to pay its bills. I guess even casinos have bills.

When a player bets directly on an individual number or directly on more than one number, such a bet is called an inside bet or a straight bet or a straight up bet. The more money bet this way means all that money is subject to the house edge. It doesn’t matter if you are betting $50 on one number or $50 spread out on five numbers, the house edge relentlessly grinds away at that $50.

You can also bet inside by putting a single chip on a line that incorporates two or more numbers. In this way you do not have to bet more money to cover more numbers. The house edge remains the same for these bets. Here are some inside bets of this type:

The Split Bet: If you want to bet two numbers just put your chip(s) on the line between those numbers. A win pays 17 to 1.

The Street Bet (also called the side bet, the trio, or the 3-number bet): Yes, this bet has a lot of names but they all mean the same thing; you are betting three numbers. You put the bet on the outside line that contains the three numbers on which you wish to wager. A win pays 11 to 1.

The Corner Bet (also called the square or the 4-number bet): Bet is placed on the square where all four numbers meet. A win pays 8 to 1.

The Beast Bet (also called every dirty name in the book!): Here you are betting that the first five numbers will hit. This bet (hold your breath!) has a 7.89 percent house edge and can only be found at the American game. A win pays 6 to 1 and perhaps proves you’ve lost your mind. Do not bet this monster.

The Line Bet (or the sixline bet or 6-number bet): You’d think this bet would be called the half-dozen bet. The roulette payout is 5 to 1.

These bets can be found along the outside of the main layout. You are betting on a proposition that contains many numbers. The house edge remains 5.26 percent for the American game and 2.70 percent for the European game. There is one (beautiful) exception which I will get to in the end. This exception gives the players a big, big break at the game of roulette.

You are wagering that one of the columns of numbers on the layout will have the winning number. You place your bet at the bottom of the column that you think will win. A winning bet is paid 2 to 1. Each roulette column has 12 numbers. The 0 or 00 are not a part of either column so if either one of these two show the wager is lost.

The bet is whether one of a roulette dozen numbers on the layout will hit. These are not a dozen consecutive numbers on the wheel; they are strictly layout numbers. You place this bet on First Dozen, Second Dozen or Third Dozen. You can bet two of the dozens. The payout is 2 to 1. Again the 0 or 00 will cause your bet to lose.

ODD OR EVEN BET

To be placed on either the Odd or Even section of the layout. There are 18 roulette odd numbers and 18 roulette even numbers but this is not an even or fair game because neither the 0 or 00 count for either bet and if one of the zeroes hits the house wins; the player loses. The winning bet is paid even money which means one-to-one and that is why this is called an even-money bet. Not paying on the 0 or 00 keeps the house edge consistent on all even-money bets.

This is another even-money bet that you can pick the color of the number that will hit. There are 18 black numbers and 18 red numbers. Again, if the 0 or 00 hits, the bet is lost and this factor maintains the house edge.

You can bet low numbers 1-18 or high numbers 19-36 on this proposition. As with all of the even-money bets the house wins if the 0 or 00 appears.

We saw that the beast bet of five numbers at the American game (0, 00, 1, 2, and 3) came in with a ridiculously large 7.89 percent house edge – an average $7.89 loss per $100 wagered. Otherwise all the house edges on all the bets at the American game and the European game remain the same. But there is a good “however” to this fact. Some casinos offer you a better game on the even-money bets, a far better game than normal. In fact, a game that allows the percent of the house edge to be reduced in half.

There are some casinos offering the American 0 and 00 game that will take only half of your losing even-money bets should the 0 or 00 be the decision. That means a $10 bettor will only lose $5 on the even-money bet.

You might have to ask the dealer if this bonus is available at their casino. Most of the time you will not see a sign indicating the casino offers surrender. So ask! Playing roulette on the even-money bets with surrender is the only way to go at the game when this option is available.

WHY NOT GO TO PRISON?

The European single 0 game has its own version of surrender titled en prison which also cuts the house edge in half. If the 0 comes up and the player’s bet loses, the bet stays in the box for the next decision. This bonus cuts that 2.7 percent house edge down to 1.35 percent. Now the even-money bets at the game become some of the best roulette bets in the casino.

Just as with the surrender option at the American roulette game, it would be foolish not to wager exclusively on the even-money bets at the European game. Again, you’d have to ask if the casino allows this bonus.

[Please note: If you are a high roller, it is possible that the casino might allow you to play those even-money bets with either surrender or en prison. Casinos will sometimes make special exceptions for the high rollers. Indeed, some casinos will offer to give back half of a high-rolling player’s losses.]

Roulette is certainly a numbers game and the biggest numbers are how much money you have as a bankroll and how much money your betting levels are. You must stay on top of your wins and losses and never bet over your head when the enthusiasm and thrills get to you.