Roulette Cheats That Have Actually Worked 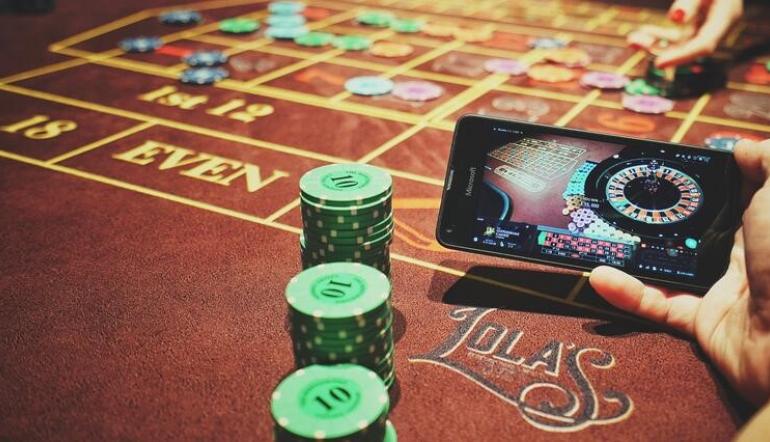 There is a supposed quote by Einstein that “the only way to make money at a roulette wheel is to steal it when the dealer isn’t looking”. Whether or not this is a true quote of the great scientist, the fact is that many players have actually tried to cheat at the table. Sometimes with success and other times ending up beaten by the casino staff.

Here are some cheats that have been actually applied at roulette. I am not suggesting that you should do anything funny while at the roulette table. These are only for your information and entertainment. Casino security personnel are aware of these tricks – or they should be – and they are not very friendly to cheaters.

The 4 roulette cheats methods that have actually worked are:

The pro cheaters are often posing as players in high action roulette tables. Their techniques involve extreme misdirection and perfect sleight of hand skills, acquired after years of practice.

What if you could make a bet after the ball has landed on the wheel?  Well, there are people who can do it and have done it. Welcome to the art of Past Posting.

Have you noticed that when the ball lands, the croupier puts a piece of fiberglass on top of the straight up bets on the winning number? This little item is called “Dolly” and casinos started using it in order to deter cheaters from putting chips on the winning number after the ball has landed. This should tell you how widespread the trick of late betting was and still is.

Since casinos made it almost impossible for cheaters to bet directly on the winning number for a 35 to 1 payout, the sharks focused their “skills” in the outside bets. Here is a demonstration of how it is done: There are various methods of past posting. The undisputed master of this type of techniques is the famous casino cheater Richard Marcus. In his own blog, you can read how he performed special cheating moves and tricks like The Savannah, The Roulette Mix-Up and The Roulette Section.

The Chip Cup scam involves teaming up with a croupier and using a little plastic prop called Chip Cup. The croupier then gives you hundred dollar chips, instead of five dollar ones, when you exchange your money. Watch how it is performed in the video:

Using distraction techniques and fast, perfectly coordinated moves, trickster, often working in teams, can steal colored chips from other player’s stacks or the bets on the table or even from the dealer.

No article about roulette cheats would be complete without exploring the use of roulette computers. They are a really big issue in roulette. There are completely opposite views about them. Some say they don’t work in real casino conditions and the people, who sell roulette computers to wannabe cheaters, are scammers themselves. Others claim that they are the only way to make a scientific prediction and win. Then there are those who would never use an illegal device in casino and end up in jail or beaten up by casino security. And some others go to great pains to find casinos in faraway countries where the use of computers inside the casino is not strictly prohibited.

How do roulette computers work?

Every roulette computer set-up is different, that’s why it gets hard to understand how they work. They are usually a group of various small devices that do different things:

In theory this concept might work. Take measurements, using physics equations calculate where on the wheel the ball will land, and transmit this info to the player to make the correct bet. There are also some cases that prove that the idea of roulette computers can work in practice.

The Eudemons, a group of four UCSC students, have had moderate success in Las Vegas casinos in the 70s using some sort of roulette computer, which they hide in their shoes. They made in excess of $10,000, but an incident in which the insulation failed and the solenoid burned one of the players, brought the project to a screeching halt.

Before them, in 1961, Edward Thorp, the mathematician who wrote the first book on card counting “Beat the Dealer”, and the father of electronic communications and information theory,  Claude Shannon had created their own roulette computer, which is actually the first wearable computer ever made.  In lab conditions, it worked brilliantly, but real-life posed some unique challenges, that the professors had a hard time overcoming.

In 2004, two Serbian men and a Hungarian woman, won over £1.2million in two visits to the Ritz casino in London. After the casino reviewed their game, as recorded by the security cameras, they concluded that the players used a laser scanner and roulette computer to beat the wheel. Subsequently, they were arrested and their funds were frozen. However the players were ultimately allowed kept their winnings, because no hard evidence has been found of any wrongdoing.

That said, I don’t consider roulette computers as a viable method of cheating casinos. Here’s why:

In short, roulette computers are an unfavorable bet. There are more chances that you will lose your money on one than you will manage to get rich by using them. Nonetheless, they are a very interesting subject and you can learn everything about them on our roulette 30 articles.

Now, how about if you could make all the calculations of a computer in your head? Wouldn’t that be great?

Advantage Play means taking advantage of inefficiencies of the way the game is performed. One such “inefficiency” is the bias the roulette wheel can show favoring specific numbers. Despite the expertise and high quality control of roulette manufacturers, a wheel can never be 100% perfect; there will always be imperfections that will slightly favor a sector. This little bias can get worse if you add the wear and tear of old wheels, especially if they are not often tested and serviced. The bias player spots and exploits the bias of such wheels.

The most famous Bias player is García Pelayo from Spain. In the 1990’s, he collected data of thousands of roulette spins of various roulette wheels at Casino Gran Madrid. Then he analyzed the data with a computer program and identified strong bias in some of the wheels. Pelayo, together with his family, went on and did the same bias attack in various casinos all over the world. His story became a documentary and a movie.

There have been rare reports of cheaters rigging roulette wheels or putting an extremely small undetected magnet onto the ball in order to control it remotely. This is done when the casino is closed to the public and sometimes with the cooperation of corrupted casino staff.

in the 1800s, Pierre Dugal, when the casino closed its doors, hid in the toilet and when all the staff went away he rigged the roulette wheel to hit specific numbers more often.

In the 1973, Monique Laurent became known as the Frenchman with the cigarette pack. With the cooperation of his brother, who worked as a croupier, he rigged the roulette ball with a miniature radio receiver and then controlled it with a transmitter hidden in a supposed cigarette pack. Over a period of time the team “won” over $1mil  until they were busted.