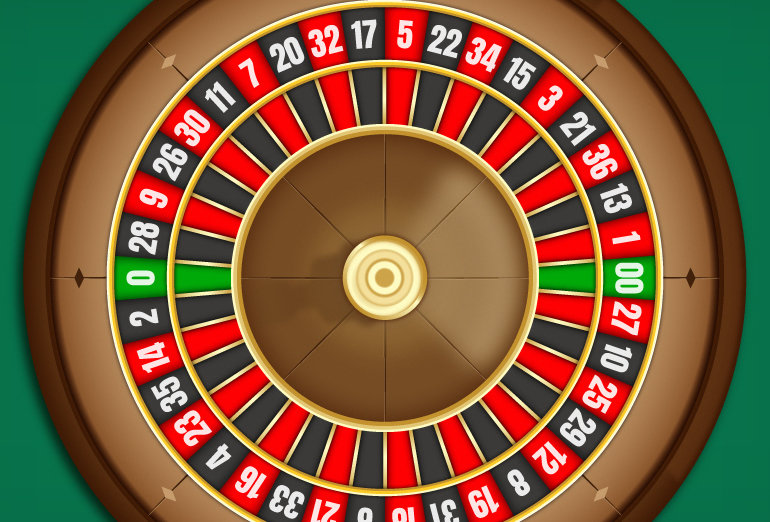 Some roulette players play trend-betting systems where they follow the numbers that have hit and duplicate them in the hopes that they repeat again. Some will play the older traditional betting systems such as the Martingale, the Paroli System and many others. Some players just go with a random selection of numbers thinking randomness will overcome the randomness of the game.

[Please note: Except if there is something wrong or biased with the wheel’s decisions or there is some untoward manipulation by the roulette dealer or the casino of a wheel, roulette is random and in the long run it is (sadly) an unbeatable game. Almost all players know this – I hope!]

SOMETHING NEW FOR YOU

The system I am about to invent has never been used before except for the players who have used it and foolishly think that they invented it themselves. It is a trend-betting scheme but with a twist as I shall show you. Can it beat the house? Please re-read the “please note” paragraph in italics above. Systems can be fun to play but do not hold your breath thinking that they can beat this game in the long run.

The system, which is named (of course) after me, is called Scobe’s Touch and Go Roulette System and it is a simple system to play and it will delight the inside roulette bettor with how the numbers are figured for their bets.

KEEP YOUR EYES ON THE SCOREBOARD

Just about all scoreboards at live roulette tables today will display sixteen or twenty numbers; the majority will show the last twenty numbers that have hit so I will use the number twenty here.

When you check out the scoreboards you’ll note the color of the number hit, whether it is odd or even, and whether it is high or low. What we are looking for in the classic Scobe’s Touch and Go Roulette System are numbers that are right next to each other on the roulette wheel. We are not looking for numbers close to each other on the layout where players bet – these numbers are not the actual order of the numbers on the wheel. The wheel and the layout are two different worlds.

The idea is that the layout’s order of numbers does not match the wheel order of numbers so that combinations of close numbers have to be ferreted out by the players looking directly at the wheel and not the layout. Doing such scanning takes some work and most roulette players and most casino players in general don’t want to do such work. People prefer to work at work and play at play.

[Please note: Here is the actual design of the American double-zero wheel, the most common wheel in the world: Red and black, along with odd and even numbers, alternate with each other and therefore two pockets next to each other will show  different colors and be either an odd or even number. Low, which are numbers one through 18, and high which are numbers 19 through 36, will alternate to a degree but some will be next door neighbors.]

HERE'S LOOKING AT YOU, KID

When you look at the double-zero wheels, here is the arrangement of numbers:

[Please note: Since the wheel is, well, a wheel, the number 2 and the 0 in the above lines are next to each other as are the numbers 00 and the 1. Remember that fact as you peruse this roulette strategy so if a 2 and a 0 hit one after the other then you bet them or if the 1 and 00 hit one after another then bet those two. Obviously the numbers can hit in reverse order as well.]

Now, let us take a look at a scoreboard showing the last twenty numbers that have hit.

SCOREBOARD NUMBERS ON THE PLAYERS INITIAL ARRIVAL AT THE TABLE:

So you cash in at the table and check the scoreboard above and now you must decide what numbers you might bet. Which ones are touching is the only question you need to ask. Check the wheel’s numbers and see which ones are direct neighbors to each other on the wheel. I have blackened, underlined and italicized the numbers above that are touching.

HOW TO CONTINUE YOUR BETTING

You now have two doubles going, the 2/0 and the 11/7. You continue to bet these numbers until one of the pair leaves the board. The 2/0 would be the first to go as the 0 leaves the scoreboard first and betting on the 2 stops. As that happens another number appears at the top of the scoreboard. If that number neighbors the second number 32 then those two numbers would be wagered upon. If there are no neighbors as new numbers show there are no bets being made except the bets made before they drop off the board.

Okay, here are some questions that savvy students of mine in a seminar I gave recently have asked about this method of betting. Just about everyone wanted to know if the method gives them an edge over the casino. The answer to that is a solid “no,” as I said early in this article. I wish that weren’t so but it is so. Except for a few games and a tiny micro-percentage of players at those games, betting systems can’t give the players the edge.

Student: You have talked about doubles but there could be three numbers that are neighbors or four of five or maybe more. So what about them? Or are we to just stick with doubles? This could get really expensive in the case of a whole bunch of numbers being neighbors.

Student: When do you stop betting them?

Student: In your books and roulette tips articles you preach solid money management techniques which I must say are quite conservative but this system of play seems very dangerous. How do you square solid conservative money management with such a daring attack on the game? You can have a lot of money out there at times. How do you square that with your previous ideas?

Frank Responds: Yes, you can have a lot of money out there. Imagine if you have a four-touch wager and another touch wager of three numbers! That would be seven bets. Or three or four doubles! Yes, in such cases the level of betting would be greater than most players could handle unless they have a plan in mind in such cases.

So first, you have to honestly ask yourself if you can go that way on such multiple-touch wagers. I would split my bankroll up. If I am a $50 bettor, then I’d give myself $10 per number. If I found that I would go over that total amount I’d reduce the next bets to $5 each. Money management is in the hands of the players after all. And, the following is no secret to any of us, if you think you might be betting too much you can always abandon one sequence of numbers. Never be afraid to draw back your bets.

Student: If you had a sequence of four but you can’t afford to bet all four numbers can you just bet two of them?

Frank Responds: Yes. You always have to be comfortable with your betting amounts. It is no fun to have your heart racing with fear. So cutting up a bet as you suggest is perfectly fine. Safety first!

Student: Do you usually see sequences of three or four or more numbers in a row that are touching?

Frank Responds: Not really. Doubles are far more common. Getting two sets of doubles in a twenty-number list is not strange at all. That’s why you must have enough money to cover the strategy. But those long strings of numbers? Not a big occurrence.

Student: What about the idea of betting numbers on either side of the doubles or triples to extend your range? That would give you far more numbers that could hit. Maybe a more extensive strategy is called for.

Frank Responds: That would be more of a sector slicing type of a system and again it could get very expensive for the player. In the Scobe’s Touch and Go Roulette System, the idea is different than just sector slicing and safer overall so it is far less dangerous to the player’s bankroll. So stick to the system as it is and don’t add to it. We actually don’t want more bets than are called for.

WHY DO WE PLAY SYSTEMS?

No gambling writer in his or her right mind would advocate systems as advantage play ones when they are nothing of the sort. Obviously while I enjoy writing and discussing various systems of play, I do not advocate them as advantage-play opportunities. However, with good money management and a sane application of the systems you wish to play, these can be fun to try. Just don’t lose your rational mind as you play.

The following words are wise to remember: You must be responsible for your money and only gamble what you can afford to gamble.

If a tiny thought in the back of your head says, “Maybe I should quit,” then maybe you should quit. Taking a break from play is never a bad idea. The casino isn’t going anywhere during your break. And when you take that break get out of the casino and do something else; work out, take a walk, people watch, chat with some friends but out of the casino you go.

You can take breaks when you are losing and when you are winning. There is no rule of nature that dictates when those breaks should occur. Use your head!