What is the Triple Zero Roulette Wheel? 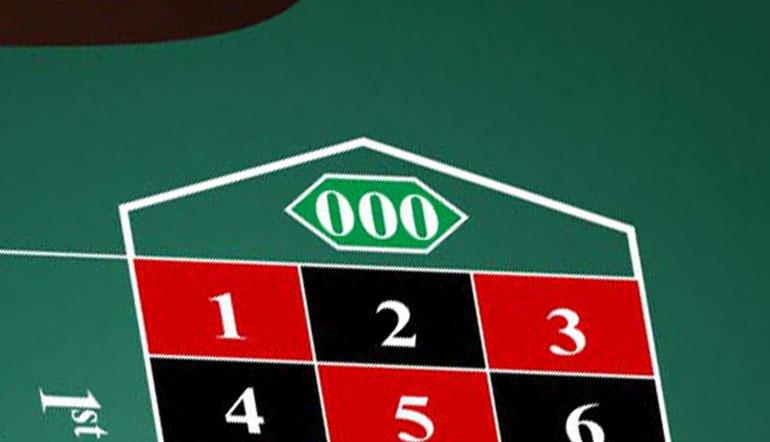 As casino axioms go, this one from roulette is a basic that everyone should know: The house edge at roulette is derived from the zeroes. Roulette odds are dependent on the zeroes.

Those devising roulette strategy need to be aware of the effect of the zeroes. What brings this to mind is a recent movement in Las Vegas toward offering wheels with three zeroes.

Most wheels in the United States have two zeroes. A few have one zero, a more common configuration in Europe than in the U.S. Those who search for an online casino can find either single- or double-zero wheels.

Triple zero is something new, at least in licensed, commercial casinos. Wheels with 0, 00 and 000 have sometimes been spotted at charity casino nights, where the odds are tilted toward earning money for the sponsoring charity.

But the Venetian in Las Vegas is no charity, and it added Sands Roulette in 2016. Others, including Excalibur, MGM Grand and Planet Hollywood, added triple-zero roulette in 2018 and 2019.

Sands Roulette substitutes a Sands logo for the third zero, but it does the same thing to the odds as if the space was labeled “000.”

Payoffs are the same as on single- or double-zero wheels: 35-1 on winning single-number bets; 17-1 on two-number splits; 11-1 on three number streets; 8-1 on four-number corners; 5-1 on six-number double streets; 2-1 on 12-number bets including columns and dozens; and even money on 18-number bets including red or black, odd or even and first 18 or last 18.

All those would be true odds with no house edge if there were 36 numbers on the wheel.

However, with the zeroes included, there are 37 numbers on a single-zero wheel, 38 with 0 and 00 or 39 on the new triple-zero games.

Look at what that does to the house edge on a triple-zero wheel, starting with a single-number bet.

Imagine you’ve picked a number and bet $1 on it for 39 spins in which each number turns up once.

To calculate the house edge, divide that $3 by the $39, then multiply by 100 to convert to percent.

The first part of the calculation comes to 0.0769. Multiplying that by 100 tells you the house edge on single-number bets on a triple-zero wheel is 7.69 percent.

We could go through the same exercise for single-zero and double-zero wheels, but to go straight to the answer, the house edge is 2.7 percent with one zero and 5.26 percent with 0 and 00.

Let’s try again, this time with even-money payoff bets such as red or black.

Since you have $36 of your original $39, the house has the other $3. As we’ve already seen, the house edge is the $3 won by the house divided by the $39 you put at risk. When multiplied by the conversion factor of 100, that tells us the house has a 7.69 percent edge.

House edges on red/black bets are the same as on single-number bets on single- and double-zero wheels, too – 2.7 percent with one zero, or 5.26 with two.

In fact, you can apply those house edges to nearly every bet on the wheels. Regardless of whether you’re betting corners, columns, streets or almost anything else, the house edge is 2.7 percent with one zero, 5.26 percent on a double-zero wheel and 7.69 percent with 0, 00 and 000.

Best strategy for a double-zero wheel starts with avoiding the basket bet.

Some games have special conditions that can reduce the house edge on the even-money payoff bets. A common Atlantic City variation comes when you bet red or black, odd or even, or first 18 or last 18 and the ball lands in one of the zeroes. In that case, you lose only half your bet.

That reduces the house edge to 2.63 percent on the double-zero wheels common in A.C. If applied to other configurations, it would reduce the house edge on even-money bets to 1.35 percent with one zero or 3.85 percent on a triple-zero game.

Even with that in mind, the house edge on a triple-zero wheel is much higher than with fewer zeroes.

That leaves this basic strategy: If you want to play roulette and see a triple-zero game, your first move should be to look for a wheel with fewer zeroes.

Roulette Tips
About the Author
By
John Grochowski