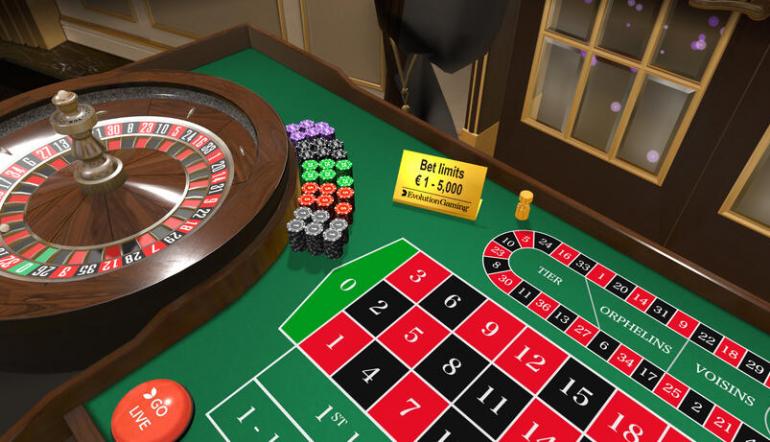 Roulette is probably the oldest casino game. It was invented by Blaise Pascal in his search for a perpetual motion machine in the 1600s. He didn’t discover the machine but he did give us a game that has thrilled and annoyed players since that time.

True, soldiers throughout history have spun their shields either to discern what the gods wanted them to do to yonder village, town or city or to beat their fellow soldiers in a game of sorts. Roulette comes from that tradition. Still, we have Blaise to thank for the casino version of it that we play today.

There are two types of roulette games, the American roulette (two zero numbers – 0 and 00) and the European roulette (one zero – 0). Both games have the numbers 1-36.

Which game is better? The European edge is 2.7%; while the American edge is 5.26%. The American game does have a single “suicide” bet that is awful, called the “monster” which is a wager on the combined numbers 0, 00, 1, 2 and 3 with an edge well above 7 percent.

The payoffs of the bets are the same in both games but Europe’s single zero makes that game the preferred one in terms of the house edge.

[Please note: Some relatively large casinos will offer both games but usually put the minimum bets at the European version higher thus making more from that game. Casinos are quite clever.]

Before the winning decision, the players have a wide choice of bets they can make. Indeed, players can bet many bets at once if they like and can afford them.

After the dealer spins the ball around the top of the wheel and it falls into the pockets with the numbers to determine what number or proposition wins, the whole process of betting begins again. It does almost seem as if Blaise succeeded in creating a perpetual motion machine.

And what type of bets are there? Keep reading to find out.

One or More Numbers ‘Straight up’ or ‘Combined’

A player can bet one number or as many numbers as he or she wishes. A single number that hits will pay 35 to 1 at both the American and the European game.

The players can make straight-up bets individually on the numbers or combine numbers by betting on the lines between and outside the numbers. These will pay based on how many numbers are being combined. You can also scatter bets here and there across the numbers.

If you bet more than one number, you will be paid based on the 35-to-1 formula. For example, if you bet half of the numbers at the American game (19 numbers) you will win 35 to 1 on the winning number but lose your bet on all the losing numbers. 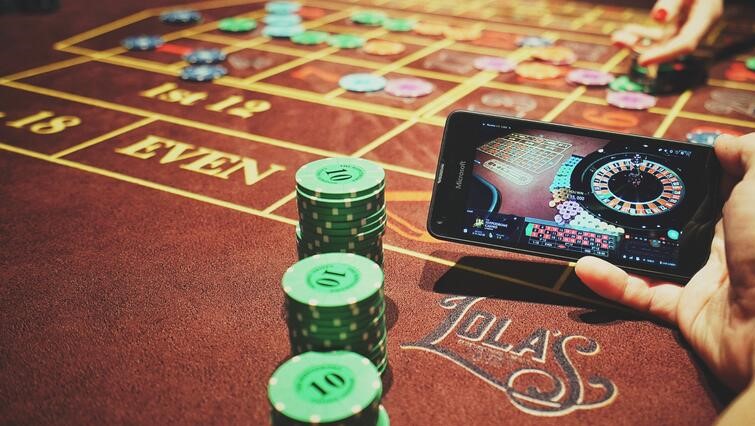 [Please note: Some casinos will offer a variation in payout if a 0 or 00 shows up when betting the even-money bets. Instead of losing your bet, you only lose half of it. In the American game, this is called “surrender.” In the European game, this is called “en prison.” They work differently but both return half of your losing bet. This variation reduces the house edge on roulette down to 2.63% on the American game and down to 1.35% on the European game. The house edge on the even-money bets in the European game is one of the lowest in the casino.]

The Pattern of Roulette Play

When making the straight up bets directly on the number, patience is the key. You have many ways to lose and one way to win. Betting several or more numbers will increase your chances to win but will also cost you more money in the long run. Every bet you make has the casino edge taken out of it.

Slot players are known to have great patience between winning decisions. A roulette straight-up bettor must borrow some of that patience. They have to often deal with long losing streaks.

Although the house edges at the two roulette games remain the same, betting outside proposition bets increases your chances to win because they are multiple-numbers bets. But you do not need to bet much larger amounts as you would with straight-up betting.

On the “dozens” bets and on the “columns” bets, a player will win 12 times and lose 25 or 26 times depending on the game they are playing.

On the even-money bets, it will be (more or less) a win, or two or three, or a loss, or two or three, as the game rolls along. The game will tend to go back and forth between the casino and the player. That’s good in my eyes.

Big runs of wins or losses will not be as frequent as on the straight-up bets. Although the casino has the same percentage edge when a player makes these bets, the game seems to be a closer affair – at least to me.

My recommendations are based on my own style of play. While I understand the math of the game, the pacing and pattern of the game can be different among different bets and the number of decisions per hour.

The casino has an edge over you, yes, but how you play and the types of tables at which you play, can increase or decrease the casino’s hit on your bankroll. 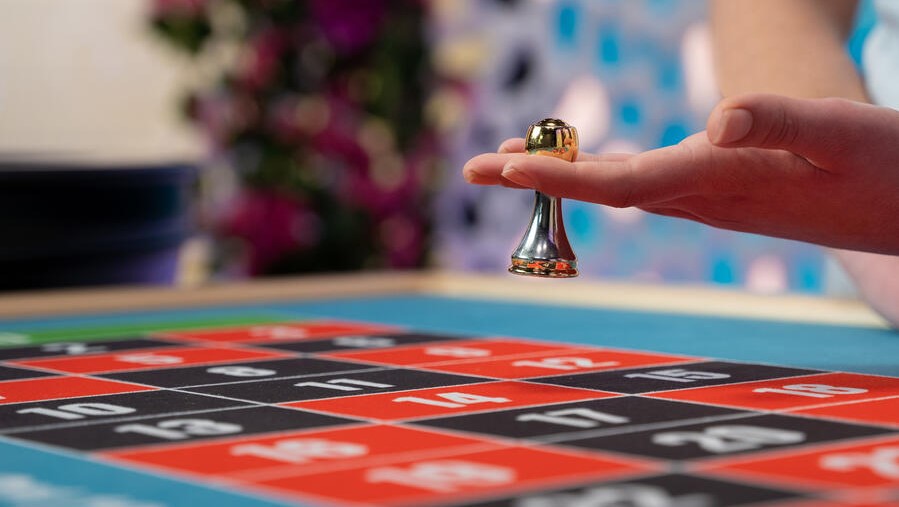 In my view the best bets are the even-money bets of red or black, odd or even, high or low.

I do not want to be blown out by possible big losses on the straight-up bets. I do not have the patience of the typical slot player when it comes to table games such as roulette. I like more of a contest.

[Please note: If I can find games with “surrender” or “en prison” sign me up as the variations in payouts are quite helpful. Reducing the house edge in half? Wow! I do know that an increase in table-minimum bets can affect which game a player decides to play. Just figure with your bankroll size which game is the better for you to play if the casino offers both the American and European games. It’s as simple as that.]

Again, if like me, you don’t want to painfully languish in rather long losing streaks, the outside proposition bets of dozens or columns, along with the even-money bets, might be for you. You will have losing streaks but they will not usually be the length of a straight-up bet directly on the number.

The proposition bets allow you to bet a smaller amount. If you wanted to bet 12 straight up numbers at a $10 minimum table, then you would have to bet $120.

Instead, you can bet 12 numbers for $10 on a column or dozen proposition bet. This betting will not change the house edge but it might be a far more comfortable way for you to play.

The Agony and the Ecstasy

I am probably in the minority of roulette players because I am not into the straight-up bets. As I’ve said before, I do not like the possibility of long losing streaks. I have had playing disasters here and there over the last 33 years of casino play where a losing streak was followed by – another losing streak! That is not fun.

All veteran casino players have had such rotten sessions. Still, I try to make sure that I bet in a way that gives me a chance not only to win but to stop agony from happening. I can handle a small loss but those monster ones? Yuck!

I can take that $100 or that $10 and go with proposition bets and have a decent chance of staying in a contest with the house. That I enjoy.

Yes, most roulette players seem to be straight-up bettors. They have their numbers, their reasons for betting those numbers (including just “what the heck I’ll bet those numbers”). Okay, fine.

So, what comes next can help the straight-up bettors and the proposition bettors get the best of the best with their betting choices. I can’t guarantee that you’ll win but I think I can give you a way to diminish the real house hit on your bankroll. The idea is to lose the least amount of money possible while still having a fun experience.

Roulette is a somewhat leisurely game. Unlike mini-baccarat and blackjack, you won’t have to face a hundred or more decisions per hour. The number of spins per hour determines how much money you are actually betting if you bet every spin.

If you are a $10 bettor and you face 70 spins per hour, you are betting $700 per hour. Wouldn’t it be better if you merely wagered $500? The overall hit on your bankroll over a period of time would probably be much less than betting that $700, don’t you think?

Certainly, one way to accomplish that is to just sit out spins but I know (and you probably know too) that solution just doesn’t feel right for most players. When action is happening, I am sure most roulette players want to be in that action.

What to Do?
Play at crowded tables! The more people at a table, the more bets the dealers have to handle, the better for you. Their labor takes time. Multiple players betting their numbers and propositions takes time too.

Make that time work for you. You are in the action but you are by necessity betting much less than if you were at an empty or almost empty table.

[Please note: Don’t feel sorry for the casino, a whole bunch of players will make plenty of money for the casino. One player betting $700 per hour can’t compete with 12 players each betting $25 (or more) when only playing six hours. You will lose less, yes, but the casino still makes much more because of the crowd!]

And What About Comps?

Comps will come. Do not play to get them as that is a waste of your time and resources. Anyone who bets in a casino with few exceptions gets some kind of comp. Comps come, period.

Put the whole idea of a comp out of your mind. If you are a high roller, a relatively high roller, a medium roller or even a somewhat small roller not playing in a mega casino you’ll get comps.

Remember what comps are – they are a reward for the amount of money the casino figures you will lose over time. They aren’t given to players because the players are nice people. They are your reward for your future losses.