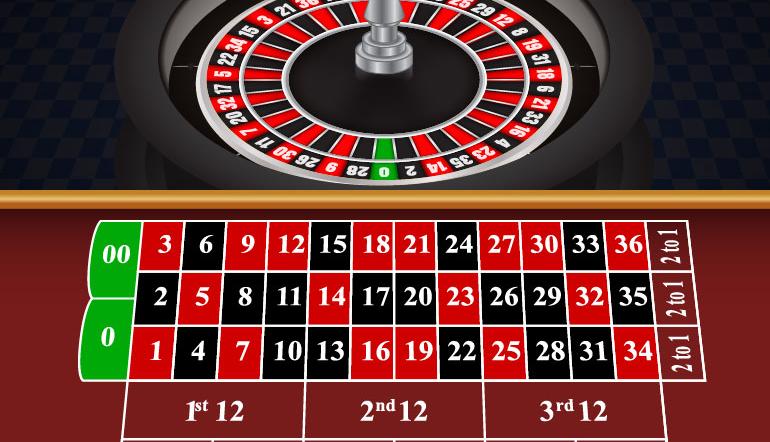 First, let me get this title out of the way. I’m going to pit the game of roulette against many other of the most popular casino games but not against all of them since the new-fangled games come and go. Many of the new games are called “carnival games” and like real carnival games they are often fly-by-night.

Although I’ve talked to many players, mine is not a scientific hypothesis. Still, I do think it is accurate.

Roulette is one of, if not the oldest game in the casino – perhaps only behind craps. Blackjack has a history too, stretching, some writers believe, all the way to China. History is one thing; playing the games is entirely another thing.

Let’s take a look at blackjack. It is overwhelmingly the most popular table-game in the casino. Players have a multitude of decisions to make, not the least of which is how much to bet. Since there are hands that players get that require another bet to be made to play properly, it is not enough to say, “I will bet thus and such amount.”

If players choose to double down or split pairs or double down on split pairs, they will have to double or triple their bets. Therefore, the bankroll requirements must be handled with care. Under betting at blackjack can cause disaster; a losing streak can wipe a player out.

[Please note: I am using the correct basic strategy. Players could choose not to increase their bets or to increase the bets to less in some cases – neither is a good idea.]

Blackjack also has a reward for getting a hand of an ace and a 10-valued card, called a blackjack, by paying the players 3-to-2. Although some blackjack games only pay 6-to-5.

The game requires the players, meaning those who wish to play properly, to use a computer derived basic strategy. Usually, players memorize this strategy but many just bring a basic strategy card with them to the casino. Most casinos will allow this.

Since there are many different types of blackjack games based on the number of decks and the individual rules of the casino, there can be many different basic strategies but very few players memorize all of them since the differences between them are not that great.

There is one annoying factor to blackjack that is sometimes encountered by the players and that concerns other players fancying themselves “experts.” These players constantly give advice on how to play one’s hands.

You don’t find this all the time but you do find it enough to share this experience with just about all blackjack players. No one likes the “experts,” except for the “experts” themselves. That’s a big negative.

Now to roulette. You don’t have to memorize long lists of strategy decisions. You do have to know:

You can win one-to-one on a bet or anything up to 35-to-1. Yes, the range of payouts is immense. But once you make those choices you just wait for the ball to spin around the wheel, land, bounce, and finally come to rest in a colored pocket with an individual number.

Your sole decision is made when you bet. In blackjack, your decisions are made after you bet when you receive your cards and see what card the dealer is showing. You can actually bet on high payout bets or one-to-one payoff bets at the same time. The choices are all yours.

Finally, a one-on-one game with a dealer in blackjack can cause a player to play between 100 and 130 hands per hour. So even with a small house edge of about one-half percent, the costs can mount up. Playing at a crowded table is a must.

On the other hand, roulette is a leisurely game but the house edge is 5.26 percent on the double-zero wheel and 2.70 on the single-zero wheel. You really want to play at a crowded table to keep the number of decisions as low as can be.

Oh, mini-baccarat, thou art a double-crossing-agent of shame. The real game of baccarat that took place in the high-roller rooms of usually top casinos was a gem. It was leisurely, elegant, with several dealers and your very own pit boss or floor person. The female dealers wore evening wear and the male dealers often wore tuxedos.

The house edges on its two best bets came in at the low one percent mark. The third bet was to be ignored. Yes, the stakes were high but the slower speed of the game kept the damage somewhat lower than one would expect.

And you actually took turns dealing the cards if you wanted. That made no difference in the results of the game but it was still a lot of fun to do.

And now to mini-baccarat. The speed of this game is perhaps the fastest speed of all the games in the casino. Small house edge? Yeah, sure, the same edges as real baccarat but playing 150 to 200 hands per hour will make small edges huge in their results.

You don’t get to deal the cards either. The dealers are the twins of the superhero named Flash in the speed of their dealing. Yikes.

Add to that, this: some of the most superstitious players in the casinos play this game and are adamant about their superstitions. Even the table numbers have been changed to satisfy some of them. They take it badly if you win and they lose. They figure you took their luck. You didn’t but you’ll never be able to convince them of that.

There are some high-roller room roulette games, often of the single-zero variety, but these games are really no different than the main floor games.

The worst thing, other than a losing streak, is some lug knocking over your chips when he or she bets. At least this is not happening because they think you are in league with the devil.

Hands down, roulette is the better game. You want leisurely, not speedy. If the real baccarat game still existed and you could afford it, then it would be a closer call. 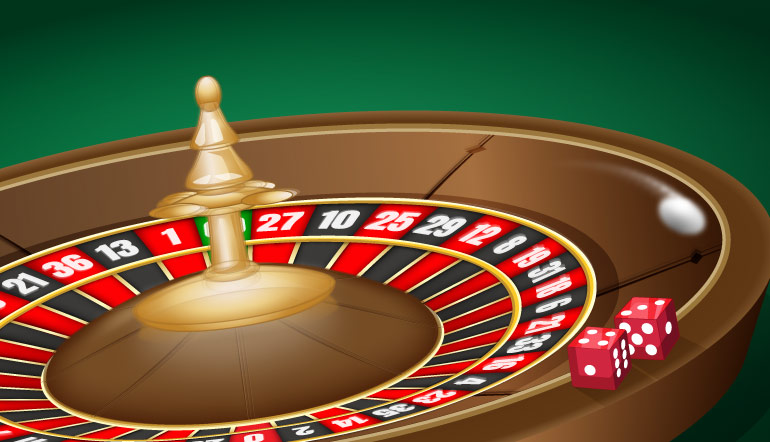 This is going to be a somewhat close contest. Craps goes all the way back to the ancient times when men used ankle bones of animals and their fellow man to ask the gods what was about to happen or to prostrate themselves asking for whatever they desired. That usually involved defeating the other tribe or getting their mothers-in-law off their backs.

Over time bones started to be used in the games of chance. I’m guessing people still prayed during these games as they still pray in games of chance today. I guess a lot of people want divine assistance.

Craps has a legion of bets, as does roulette, but these bets range in house edges that go from 1.36 percent or 1.41 percent all the way up to (ugh!) over 20 percent! (I’m taking in some of the bonus bets here such as the fire bet.)

Perhaps craps has the most enthusiastic fans in the casinos. You can hear the players cheering and moaning throughout a game. The layout looks as if it is cuneiform and many other players who wish to play craps can get frightened by it.

The game can seem fast but that is only a mirage because some bets will not be resolved with every decision. However, the more bets players make, the more the house edges will likely hammer them. A conservative approach to craps makes it a great game. An action approach makes it a very, very dangerous game indeed.

A wonderful aspect to craps is the fact that a player gets the opportunity to roll the dice. (“Roll dem bones!”) The player takes the dice into his or her hand and lets them fly, determining the next decision. That is an appealing aspect to the game.

Craps does have one strange element; it is truly the only domain in the casino table games world that is about 95 percent male. Correct. In all the time that craps has been played in the casinos, males dominate the game.

It is rare to find a woman at the table, other than a wife or a date or a companion for a male. Yes, more women play today which means almost none.

If you tend to be a wild player, stay away from craps. If you are a conservative player, craps can be a great game. Given the nature of the game, roulette versus craps has shadings that other games don’t.

If you’re female? Then roulette wins.

If you’re male? Then craps wins if you’re the type of male who enjoys the rough and tumble of male relationships which you’ll see and hear at a craps game. It’s kind of like table game football. Maybe that’s what keeps women away?

I am a Pai Gow poker fan. I especially love the face-up version of pai gow poker. A player gets to make decisions that count in terms of how high the house edge will become. In face-up Pai Gow Poker, the player knows the hand the dealer has and that makes the strategy change for playing one’s own hand.

The game has another fun element. It is leisurely. No one rushes you to play fast. You can take your time making your decisions and dealers will happily help you if you don’t know quite what to do with your hand. There are plenty of ties too, which means the hit on your bankroll will not be overwhelmingly bad if things are not going your way.

Happily, I’ve never found the type of “expert” player who lambasts you with his or her version of how to play the game as in blackjack. Pai gow poker players seem to be more reserved, far classier than those annoying blackjack “experts.”

Sadly, not every casino has the game. The bigger ones do but those small places probably don’t. Even in casinos where the game exists, you probably won’t find more than a couple of tables. Some casinos will place the game in their Asian rooms since there is a popular game called pai gow found there. However, that pai gow game is played with dominos.

I have to tell you that this was my hardest decision. I love Pai Gow Poker and look for it in every casino where I play – and most of them have it!

I think many players might find the game too leisurely if they are the action types. So here goes: TIE!