Slots: What is the American Gaming System? 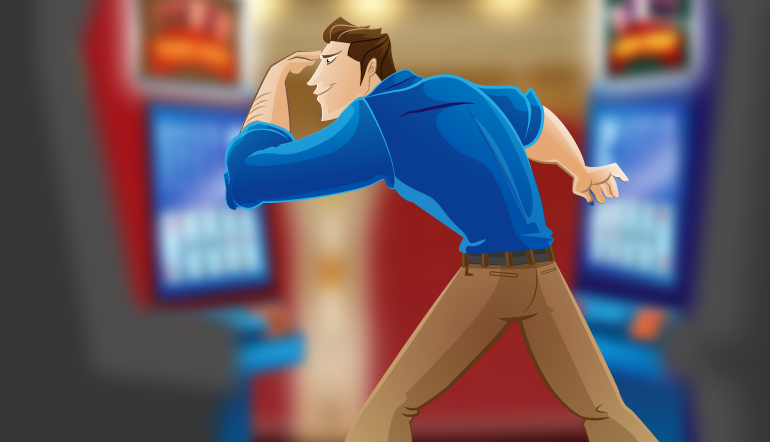 It takes multiple manufacturers working year-around to keep up with player demands for new slot games. Regardless of whether you’re playing online slots, or offline, once you’ve seen everything a game has to offer, you’re ready for something new to pique your interest.

Two of the game makers whose creative approaches have enabled them to claim growing shares of the slot business are Incredible Technologies and American Gaming systems.

They came to the casino industry from different directions. Incredible started by making non-wagering video games that proved extremely popular in bars, restaurants and online. Its Golden Tee Golf is the most popular arcade-type game in history.

AGS, meanwhile, was launched in 2005 with an initial goal of serving the Native American casinos in Oklahoma. That required Class II games, which have slot machine graphics and gameplay, but where the internal game is electronic bingo with results determined by a central server.

Today, AGS has grown into a full-service game provider with international scope for its Class III slots, where each game has a random number generator, as well as Class II slots, table games and casino management systems.

Both have intriguing, creative new games on the market, sure to attract the attention of dedicated slot players.

Clinko: King of Bling and Clinko: Winning Wall both feature the Clinko bonus trigger. A Clinko ball falls from the top of the screen on random spins, drops peg to peg, and if it lands on an icon for a game feature, it could bring pumped up symbols, extra wild symbols or multipliers – all good news for your credit meter.

The first is the latest version of King of Bling, a longtime Incredible Technologies favorite with a nod toward hip-hop. The base game in the really gets hopping in the Pump Up da Club bonus, where players and a DJ can scratch the record for bigger wins. With three progressive-levels, it’s a thrill-packed game.

Winning Wall also has three progressive levels. It adds to the intrigue by enabling you to win on the wall. Here, the Clinko pegs include jackpot icons. It takes only one Minor peg to win that pot, while you win the Major by accumulating two and the Grand by accumulating three pegs.

Fireworks Festival is a 50-line game that makes explosive use of Incredible’s Stack 2 Stack game dynamic. When two stacks of fireworks symbols touch, they pop, bang and sizzle to reveal instant credit awards. Players may also could up to 20 free spins.

The Red Envelope feature offers the chance to win credit awards. When Red Envelopes scatter on the e reels, players may pick all but one, with a prize behind each. So if there are five envelopes on the screen, you have four picks to boost your bankroll.

Sky Dragons starts with a typical grid of five reels, each three symbols deep, but when dragons appear in the sky, they can expand the reels, with 5-by-7 as the maximum. All those extra symbols create extra opportunities to win on a game with three progressives and up to 20 free spins.

Lady of the Tower starts as a 30-line game with four progressive levels, but it can be so much more. As you look up a tower, there are four additional sets of reels. When two Tower Spin scatter on the main reels, they unlock a random number of reel sets – you could get one extra set, all four, or something in between. When all sets are unlocked, you could have 150 paylines working.

That gives you extra chances to win at slots, and in a hot streak sets you up for some incredible boosts to your credit meter.

Capital Gains, a new game in AGS’ Money Charge Jackpot series, is a penny video slot in the 243-ways-to-win format. There are five reels, each three symbols deep, and as long as there are matching symbols on each reel across the screen starting from the left, they can form a winning combination without falling on a set payline.

Players trigger the pick bonus with three or more Bonus symbols, and six or more trigger credit symbols land on the screen, you enter the Money Charge Bonus.

During the Money Charge Bonus, players win credits and progressive awards. Locked symbols reset the spin counter to three and award all locked prizes, including the chance to win the Major, Minor, and Mini jackpots multiple times during the bonus feature.

Diamond Rush, the latest in the Diamond District game family, is a five reel penny video slot in the PowerXStream configuration. Starting from the left, reels are three, three, four, three and three symbols deep – one extra symbol in the middle reel.

This game takes you on a trip through the dazzling Diamond District, where you’ll anticipate the chance for luck and fortune. Anticipation is high with the Cash-On-Reels concept with credit and progressive prizes on the third reel. The Diamond District Bonus awards credit prizes or one of the three progressive jackpots on reel three with a five-of-a-kind diamond win.

Fai Cai Shu is a family of Asian-themed games that has launched with four initial titles: Emerald Princess, Eastern Dragon, Spring Lion and Tiger Magic. All are high-volatility, Money Tree games linked through the Jackpot Pick progressive. Throughout gameplay on all four, coin symbols accumulate into a Money Tree, creating anticipation and excitement.

The Money Tree is a symbol of affluence and nobility. It accumulates coins whenever a wild spark animation reaches the tree.

The games all are five-reel video slots, with each reel being four symbols deep. Games have 50 paylines and are targeted for penny play.

Here are a few features in each:

Multiplier wilds add to the excitement when they are randomly triggered during base-game play, causing all wilds to turn into full wild stacks.  A three-level linked progressive jackpot creates big win possibilities.

The Jackpot Bonus may be triggered randomly on any base-game spin in which one or more wilds appears. If the bonus is launched, you pick among 12 gold coins until three matching icons have been selected. The match can bring one of the three linked progressive jackpots plus free spins, or simply free spins without the jackpot.

Emerald Princess: Like Eastern Dragon, Emerald Princess features a three-level progressive. You can win eight free spins when three or more Bonus symbols appear. And the Jackpot Bonus, with progressives as prizes, may be triggered randomly on any base game-spin in which one or more wilds appear.

Three or more Bonus symbols awards 10 free spins. During the Free Spins, the Wild symbols on the reels will appear as Wild Multiplier symbols. The Wild Multiplier values are randomly assigned for each free spin.

Spring Lion: The mighty Lion is the highest-paying symbol, along with other symbols associated with Chinese festivals and celebrations such as drums, red packets, lanterns, and oranges.

Spring Lion also has the Multiplier feature as seen in Wild Tiger, Free Games Bonus, and Jackpot Bonus as well as the Money Tree.