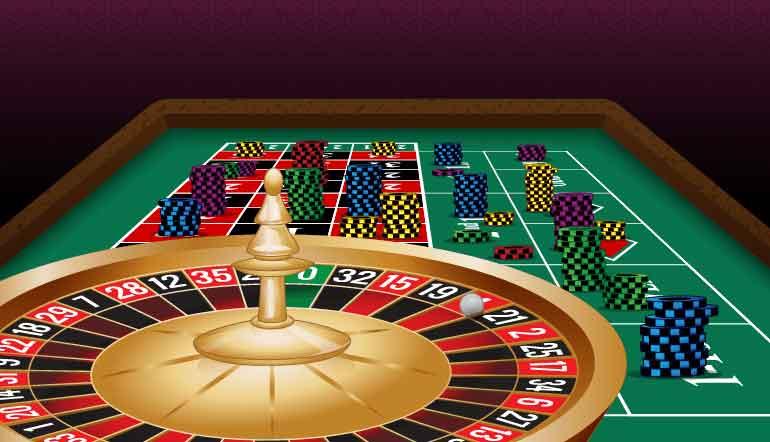 Casino gambling is more than just math and methods of play. So much of what players do in a casino is based on their personalities and emotions at any given time. There are some players who are disciplined and astute about the house edges and how the house secures those edges. You might even call such players intellectual scholars of the games.

But how do they actually play the games they enjoy? Does knowledge always translate into good play? If you know something does that mean you can actually do that something properly? Are players who are intellectually disciplined actually emotionally disciplined when they challenge chance?

If those players can stick to disciplined methods of play, never losing their inner selves to emotional play or chasing the money they’ve lost, then the are truly not only scholars of the game but outstanding players of the game as well.

There is a great moment in the movie Casino where “Lefty” Rosenthal explains that the longer a player plays in the casino, the better off the casino will be. Indeed, time is on the side of the casino because with much playing time the house edge will grind away at just about every casino player.

Knowing this truth, the casinos base their comping policies not only on how much the player bets on each decision but on how long the player actually plays the game. Most readers of casino policies know that the casino wants players to play about four hours or more.

You might hear some players brag that they love the action of the games, the excitement of wagering their money, the thrill of it all. Their definition of action has a lot to do with emotions, less to do with math and statistics.

The casino has a definition of the action player too. It is however somewhat different than the definition the players tend to express. The casino wants the worst possible bets over the longest period of time.

If a roulette player enjoys making the five-number bet of 0, 00, 1, 2 and 3 at the American game over and over, he or she is beloved by the casino raters. If that same player spreads out directly on more numbers “beloved” isn’t a strong enough word to describe what that player means to the bottom line of the casino.

The casino bases everything on statistics. Even though I jokingly use the word “beloved” the casino-manager mathletes do view such a player as an earner for them. Such a player is the casino’s ATM machine from start to finish. They will lionize such a player.

The better the player is, the less money that player makes the casino – unless such a player plays an unusually long period of time.

A roulette player who bets the table minimum on an outside even-money bet, while taking plenty of pauses, isn’t a delight for the arithmetic scribes in the casinos’ underground vaults. Such a player is not an action player. The casino wants such a player to play, (of course it wants everyone to play) but it doesn’t hunger for the small, skilled player over the action player.

THE ACTION PLAYERS’ VALUE CAN BE SKY HIGH

The formula for determining the action players’ worth (or any player’s worth) is rather simple.

Let us take the roulette wheel as our example:

Over a four-hour period that player is expected to lose $105.20.

Many, if not most, roulette players do not just bet one inside number. They bet several or many numbers. That $10 player may be placing $10 on six or seven numbers. Some players build small smoke-stakes of chips on some numbers that have hit for them in the past.

The casino raters just look at how much money is wagered and use the above formula to calculate the worth of that player.If the player tends to bet many numbers the sum of all that money is put through the formula to come up with what that player is worth to the casino.

A $10 player betting many bets is the equivalent at times to a small high roller. The $100 player on a single number is not worth as much as a $10 player on a dozen numbers.

[Please note: Rating players’ value is not as clear cut as I am making it out to be. I am using rating theory as opposed to concrete rating reality. It is hard to constantly add up many players making many bets during each decision. Much of the time the casino rater takes an educated guess as to how much a player is actually wagering. Also, they might write their guesstimates down on this decision and that decision but it is not on every decision. A full live roulette table has so many bets that it is a crazy-looking layout. Today the casino rater might even put the numbers immediately into the computer saving time by not hand-writing everything down. The computer would then figure out the values.]

Emotions play a large part in casino gambling. While players can’t duck the house edges of the games they love to play, they are in deep waters if they let their emotions take them over.

Yelling, screaming, whining, complaining, slamming your chips down when you bet; harassing the dealer, telling the floor person and the pit boss what you really think about them and their crummy casino doesn’t change the house edge. At best, they’ll throw you out of the casino (which might actually be a good thing) but at worst your luck will continue to be of the negative variety.

If you have had a bad run, and you doggedly continue to play, won’t change the odds of roulette or the house edge. You would still have a better chance to continue losing than you would to make an heroic comeback. Your emotions do not affect the fact that the casino has it over you. The more bets you make will not change the edge either.  When you are going on tilt, it can be a fast way down the mountain to the crowded bone-strewn valley named disaster.

[Please note: The phrase “going on tilt” or “I am on tilt” or “I’m tilting” is often thought of as a poker term that describes a person who has lost his emotional self. Such a person will play recklessly, betting poorly, thereby losing all sense of the game. Some theorists think the term originated with players tilting the pinball machines in order to score points. Actually, it could have come from slot players in the late 1800s who would tilt the slot machine to get coins or presents to flow out. These players might have been on tilt themselves.]

Obviously, each player has his or her own temperament. Some players are cool and laid back; others are demonstrative and aggressive. Some players are whiners and complainers; while some players think the casino is cheating because these players are losing. Just as people are in their normal lives, so they can be in their casino lives. You shouldn’t expect anything different.

In a land-based casino, or on riverboats, or at home on the Internet, casino play brings in all types of people. I personally prefer cool and laid-back players who know proper strategies, understand the house edges and how the casino creates those house edges. Knowing the advantage the casino has does not distort this player’s laid-back attitude.

I don’t mind some cheering when things are going well but going emotionally ga-ga is not something I enjoy watching.

Complainers and whiners are anathema to me. Aggressive players can be a nuisance. I do not enjoy drunks trying to be funny (they never are).  Or those who think of themselves as experts who are ready, willing and anxious to tell everyone how to play roulette. Many are not capable of giving proper advice since they don’t really understand the game they are playing. You see such behavior at blackjack and sometimes even at roulette.

I do not enjoy other players interfering with how I play my favorite games.  Come on, real life is tough enough and so is casino play for that matter. Don’t get too caught up in your emotional investments in casino games. Just be aware of your money!

Adding to these facts a person lambasting everyone and everything just makes the game something of a horror show. If I want to be annoyed, I can find plenty of other activities that annoy me. I don’t want to be annoyed as the roulette ball makes its journey from the dealer’s hand to its final resting place by someone moaning about his or her bad luck. I agree, losing is not fun.

THE PRESSURE OF LOSING

Losing can tease some players into making wagering mistakes. I think most casino players have been there. Nothing is going right. You just keep falling deeper and deeper into the losing pit. So, what do you do?

Many players will make the big no-no! They will increase the size of their bets in an attempt to get all their losses back in a short period of time. Sometimes this might work; most times it doesn’t work because the more money you invest in a game the greater the chance the casino edge grinds that money away.

[Please note: Losing can bring out the worst in a player’s temperament. The system called the Martingale is the perfect system for players who can’t abide any losses. They just double up their bets until they win a decision and get all their losses back with an original win. That system works, until it doesn’t and loads of money can be lost. Avoid the Martingale!]