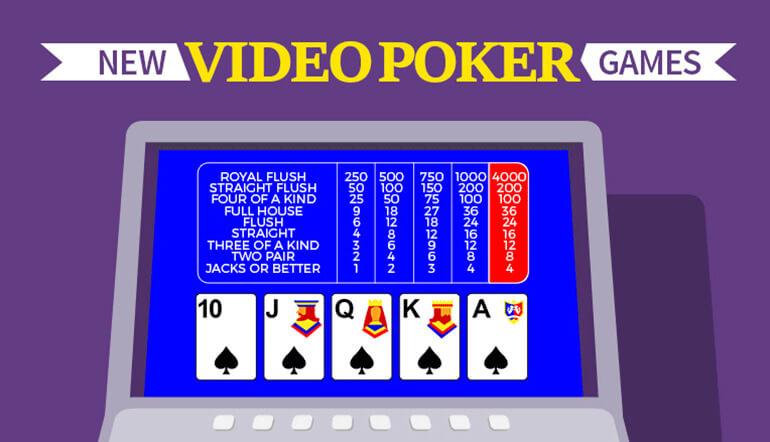 Video poker players are a loyal lot. They love their Double Double Bonus Poker, Bonus Poker Deluxe and other games that have been around for decades.

Unlike slot players, who are eager to try out the latest spins on bonus fun, video poker players take some time to accept new games.

Most of the innovation in video poker comes in systems that use long-established video poker games as a base, then layers on fresh takes on bonuses and multipliers.

Nearly all of that innovation comes from International Game Technology. IGT was founded on video poker, though today it’s a colossus as a slot maker as well as providing electronic table games, marketing systems, analytics and more. Already a giant as a U.S. market leader, IGT super-sized in 2014 with its merger into Italian giant GTECH.

IGT is so dominant in video poker that competitors have mostly stepped aside. More than 95 percent of the video poker machines in the U.S. are IGT games, and fresh takes on video poker nearly all come from IGT.

So in discussing new video poker, IGT likes to include both brand-new games and games that are just getting a foothold in casinos. They may not be new to every slot director, but they’re new to most players.

The remaining deck is then cloned and the hand is played out with potentially different draws to all hands. Hold three of a kind, for example, and you have three chances in the Triple Play version or five chances in Five Play to draw the fourth matching card. It’s possible to complete the four of a kind in any number of your total hands, from none through all.

Activating the Stack ’Em High feature requires an extra five-credit bet per line. On a Triple Play version, that would mean a maximum bet of 30 credits – the standard five credits per hand, plus five per hand to activate the feature. On Five Play games, the max bet is 50 credits.

Any time you hold two Aces or three Aces in most games, you get extra hands. How many extra hands you get depends on the game and whether you’re playing Triple Play or Five Play.

In Deuces Wild and its variations, the trigger cards are 2s rather than Aces. In the free-play version of Deuces Wild, holding two 2s brings a stack of eight hands while holding three 2s brings a 13-hand stack.

As with other IGT extra-bet games, the payback percentage on the bonus portion of the games is at least as high – usually higher – than the base games. So the overall payback percentages are slightly higher on Stack ’Em High than on the same games with no bonus bets, though the added wager increases volatility.

Another game that brings extra hands and extra chances to win, Powerhouse has been available since 2017 but will be new to most players. As with many new video poker games, a small number of casinos were early adopters and more have slowly come on board.

It takes an extra five-credit bet per hand to activate the Powerhouse feature, where you’re looking for dealt winners.

If you have a winning combination on the deal, you get extra hands, and some of the hands will bring multipliers, too.

Not every one of the extra hands gets a multiplier on those hands. Multipliers appear randomly.

That at least doubles the value of any dealt winner, and more than triples the value of three of a kind, straights, flushes and full houses once the multipliers are taken into account.

Let’s just mention this one briefly. It was discussed in detail in 888 Casino Blog’s New Video Poker Games in 2017, but now it’s reached critical mass to the point IGT is touting it as one of its best new games.

Like the original Ultimate X – one of the most popular video poker bonus games – Bonus Streak awards multipliers on the next hand after certain winners.

But in Bonus Streak, it doesn’t stop there. You get the multipliers for a streak of hands. In non-wild card games, multipliers are active for three consecutive hands after three of a kind, flushes and straights, and five hands after full houses or better. Not only that: Multipliers increase each hand during the streak, and can reach a maximum of 12 times your winnings.

As in other bonus games, it takes an extra five-credit bet per hand to activate the feature. When the winners aren’t coming, you can lose money fast. But you can win big in the streaks. Be careful not to over-bet your bankroll, but the streaks can make it all worth your while.