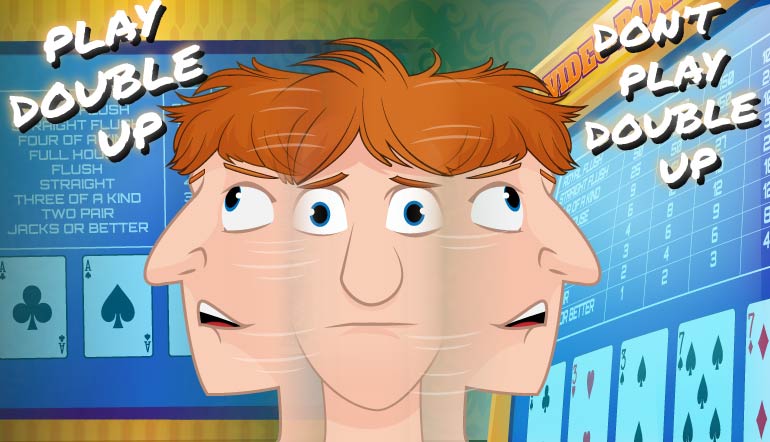 The double up feature has been around for decades. In fact, it was much more prevalent years ago than it is currently. The following true story could be the reason why.

In April, 2009, John Kane was playing video poker in the Fremont Casino in downtown Las Vegas. A little background on Kane is in order. Kane was truly addicted to video poker. In 2006, he lost half a million dollars playing video poker at Boulder Station and earned enough Player Club points to pay for his own Game King which he set up in his home on the outskirts of Las Vegas. He had a measured temperament and was not prone to emotional outbursts. Rather his play was methodical.

On this particular day, he was playing a row of four low limit Game King machines. He had been switching between the different games available on the machines and had accumulated a decent win. When he hit the Cash Out button to take his money to a different game, the screen locked up and the light above the machine lit indicating a jackpot worth more than $1,200. Kane knew it must have been a mistake and actually told the slot attendant so. The attendant thought he was joking and paid him anyway. 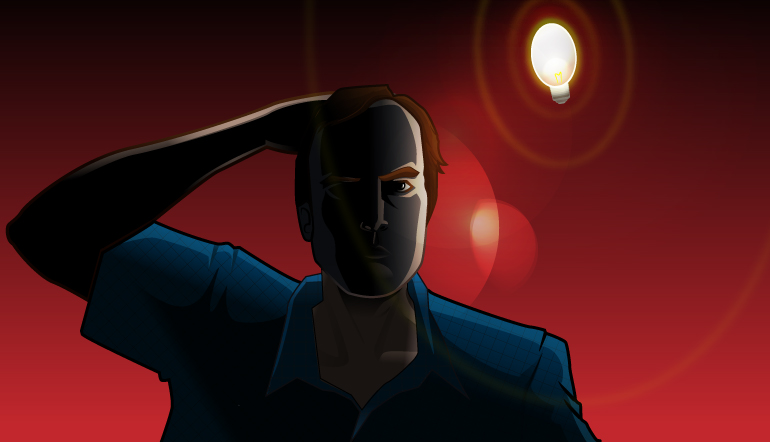 Knowing there was a programming error, Kane vowed to determine how to exploit it. He called a friend, Andre Nestor who lived in suburban Pittsburg, to tell him about it. Nestor flew to Las Vegas the next day. Together they went to the Fremont to try to recreate Kane’s previous results. They were able to determine that the key to the glitch was that under the proper circumstances, the denomination could be switched retroactively making a $40 jackpot at the penny level into a $2,000 jackpot at the 50-cent level.

It took them seven hours of playing side-by-side to come up with a repeatable sequence to profit from the glitch.

Realizing they should spread their play around, they tried their technique elsewhere. They tried Game Kings at the Hilton, the Cannery, the Stratosphere, Terrible’s, Hard Rock, Tropicana, Luxor and five other casinos – all to no avail. They were not able to recreate their results at any of these other casinos.

So, they returned to the Fremont. In order to increase profits, they started using the double up feature. Ultimately casino personnel noticed the winnings. The slot manager approached Kane after one of his wins and announced he was disabling the double up feature on all Game Kings as he figured this must have something to do with his winning streak at video poker.

Armed with this new information, all the Game Kings in the country were their personal banks – as long as they could get the slot attendants to enable the double up feature. 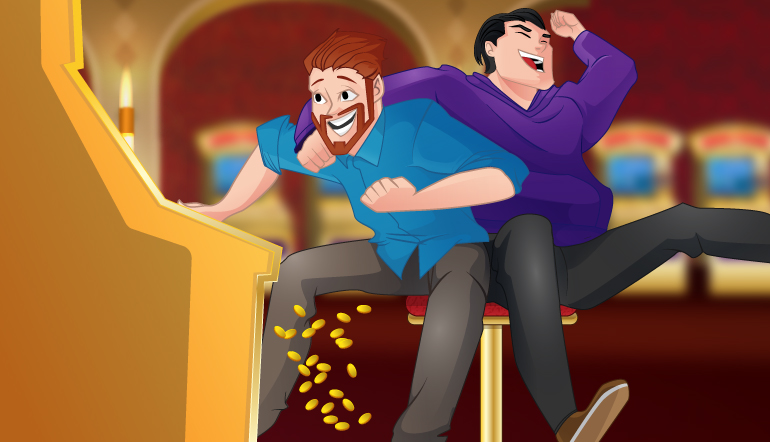 Fast forward. As with all such situations, Kane and Nestor were ultimately caught, the machine’s erroneous code was corrected, and once again, the casinos had the upper hand.

If you are curious, here are the steps they used to “beat the house.”

The “Double Up bug” in the software of Game King video poker machines sur-vived undetect¬ed for nearly seven years, in part because the steps to repro¬duce it were so complex. This is what they did.

Now that this bug has been resolved and the above 10 steps are worthless. So, let’s look at regular double up play.

HOW DOUBLE UP WORKS

The double up feature is only available after a winning hand. When made, there are different methods to play the double up feature. Some games will automatically ask if the player wants to double up. On other games a “Double Up” button will become highlighted and the player has to touch it to activate the feature.

Keep in mind the five cards that are dealt are chosen exactly the same way that regular video poker hands are chosen – by using the RNG (Random Number Generator). In other words, they are dealt as randomly as a machine can.

So, is the double up feature a good thing or a bad thing? Let’s try to answer – to Double Up or not to Double Up – that is the question.

Let’s look at the good first. 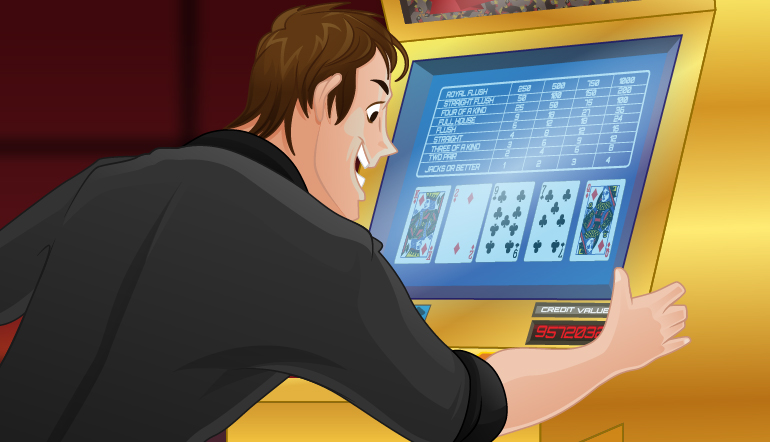 Now for the bad. 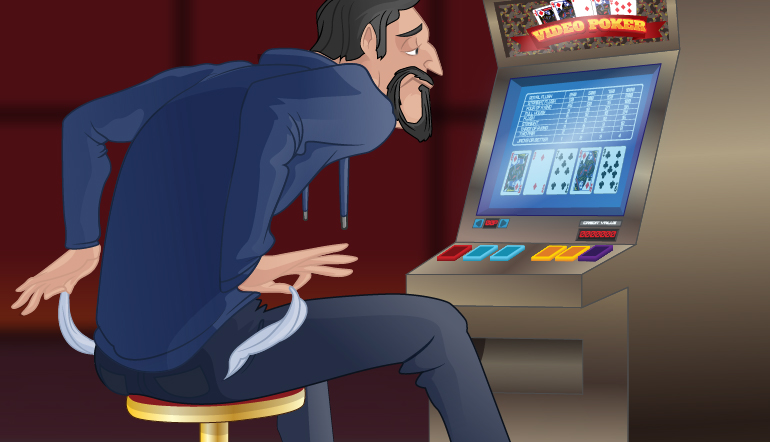 Okay, there are good and bad aspects of playing double up, so let’s summarize. Here are some things to consider when deciding to play the double up feature.

As you can see, there are many reasons to avoid playing double up and precious few supporting play. In other words, proceed cautiously with double up play.

Here are a couple of other things to consider if you decide to play double up:

That’s it – everything you need to know about playing the double up feature on video poker. What is YOUR answer to the question – to double up or not to double up? Only you can say.

Video Poker Double Up
About the Author
By
Jerry Stich