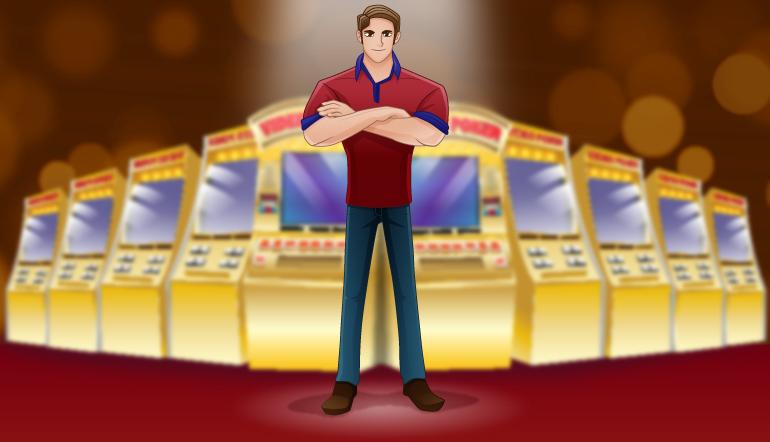 Most video poker games have a fixed pay table, meaning the pays for each winning hand never change. For example, a high pair always pays 1-for-1, a 4-of-a-kind always pays 25-for-1 or some other fixed number, and a royal flush always pays 800-for-1 with 5 credits played.

Progressive video poker games are different. They add money to a jackpot as players play the machine. Usually, the jackpot is for hitting a royal flush, but some progressive games have running jackpots for straight flushes or certain four-of-a-kind hands.

The good news is that as the progressive jackpot(s) climb(s), the house edge decreases – and can eventually become favorable for the player. For a Jacks or Better game, the house edge moves towards the player by about .5 to .6 percent for each additional 1,000 credits in the jackpot. For example, an 8/5 game (8-for-1 paid for a full house and 5-for-1 paid for a flush) has a 97.30 percent payback when the royal flush progressive jackpot is at the reset value of 4,000 credits. When the jackpot climbs to 5,000 credits, the payback improves to 97.81 percent. Should the jackpot climb to double the reset value of 4,000 to 8,000 credits, the payback is approximately the same as a full pay 9/6 jacks or better game (99.59 percent). What this means is when the jackpot of an 8/5 jacks or better progressive game is at 8,000 credits, a player can play the game with the same payback expectation as the increasingly harder to find full pay game.

However, just because the payback is the same doesn’t mean everything about the game is the same. Because more of the payback is concentrated in the royal flush, the variance of the game will increase – and increase dramatically from 19.32 to more than four times that amount or 81.75.

What this means for the player is additional money is required for the bankroll. It also means that the play strategy will have to change. Since the royal is worth so much more, saving for the royal will become more common. 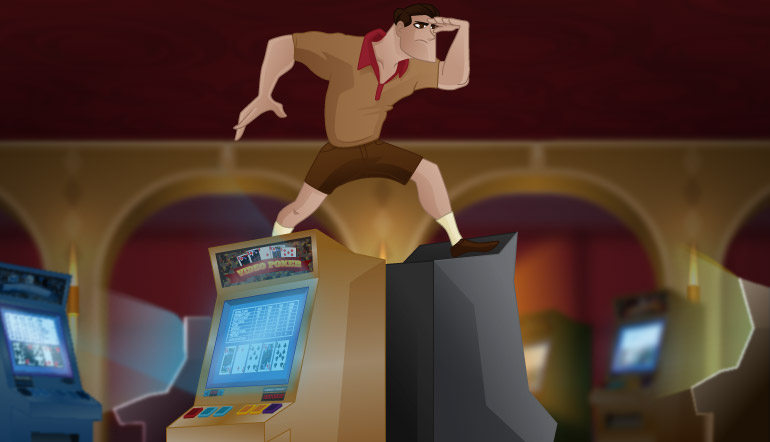 TIP #1: FIND OUT WHEN SHOULD YOU PLAY

This is somewhat mitigated by the fact that you will probably only be playing for a relatively short period of time – until someone hits a royal. When playing a progressive game, you are playing to get a royal (or another hand that has a very high progressive jackpot). Long-term return is not as significant. What matters more is a very high jackpot amount.

The higher the jackpot amount the better the game is for you. The problem is a high jackpot does not occur very often. If progressive video poker is all you will play, up to 95 percent of your time will be spent looking for a playable game.

Should you notice a game where the jackpot is approaching a decent level, you can rest assured that other players are also noticing it. If you set your jackpot size for game entry too high, all seats at your target group of machines could be taken by the time you want to enter.

As you can see, there is a very limited window where you will (or should) actually play the game.

TIP #3: KNOW THE REQUIRED AMOUNT OF YOUR BANKROLL

Assuming you are planning to play only progressive Jacks or Better games when the progressive jackpot is at 6,000 credits or higher, the required amount of your total bankroll increases by about 50 percent. These requirements are somewhat remediated by the fact that you will most likely not play for a very long time. However, there is no guarantee of that.

At minimum I recommend having a large enough bankroll to play at least a few thousand hands. It would really suck if you played a couple of thousand hands and ran out of money, then a short while later someone hits the jackpot. If you were still playing you may not have hit it, but because you were not playing you had no chance at it.

TIP #4: UNDERSTAND YOU WILL HAVE TO CHANGE BETWEEN STRATEGIES

As the progressive jackpot climbs, your video poker playing strategy needs to also change to start favoring the royal flush more often. This is a fluid requirement as the progressive amount is constantly changing. My recommendation is to make up several strategy charts using a video poker strategy program.

On each successive chart, increase the jackpot amount by 1,000 credits. When playing the actual game in the casino use the chart that most closely matches the progressive amount. If you do not have a video poker strategy program or app (or you do not have access to one) you are definitely at a disadvantage when it comes to proper playing strategy. It might be best to forego playing progressive video poker. However, it is your money at risk, so that decision is up to you.

Most video poker applications allow the user to play the selected game on the computer or smartphone/tablet. Configure the game with a 6,000 (or whatever number you choose) credit royal flush and begin playing. The application will let you know when you make errors.

TIP #6: TRY THE ROYALS ONLY STRATEGY

A royals-only strategy does have its place – in video poker tournaments. In tournaments, there is an extremely short time to play and a royal flush will probably put you in the money. Also, the player’s bankroll is not affected by each hand that is lost. Neither of these situations is true when playing progressive games. Even though you save for a royal more often, you still need to make the most of each hand played in order to help make it to the end. 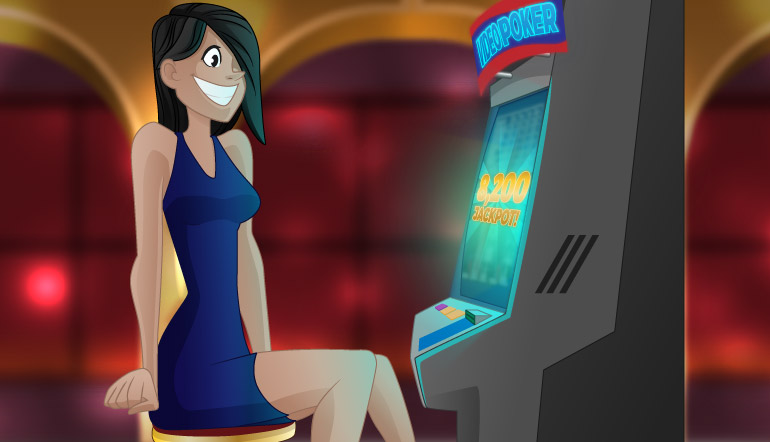 With all of the issues inherent to playing progressive video poker, you may want to think twice about pursuing this type of video poker play. On the other hand, even if you can lose more than on a standard game, you also could win big.

Is it worth the risk? Only you can determine if you are willing to do what is required to be a winner at progressive video poker play.