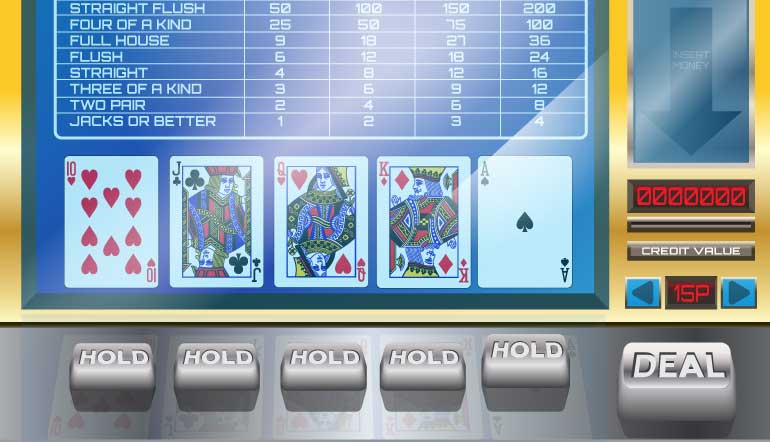 When video poker games were first introduced, there was only one game variety – Draw Poker. As the popularity of video poker grew additional game types (such as Deuces Wild) and features (such as “kickers” and multipliers) were added.

While all the additional games and features provided choices for players, they also required players to have knowledge of the impact on their play and bankroll.

For information about different games and features, their play characteristics, as well as how they impact your play and bankroll, please click here.

Super Times Pay video poker has been around for about a decade. In that time, it has gained a large and faithful following. This article covers everything you need to know about this game in order to have fun by effectively playing it.

Super Times Pay is a video poker variant produced by gaming giant IGT. The name comes from the fact that the game occasionally multiplies (times) a line by a random amount.

Some specifics of Super Times Pay video poker include the following.

With the plethora of other video poker games available in the casino or online, why would someone want to play Super Times Pay video poker?

The biggest draw for most people is the effect of the randomly timed and randomly sized multiplier on the resulting wins. Imagine hitting a royal flush with a multiplier of 10 times! The games included for play in Super Times Pay video poker are all commonly available and quite popular as standard video poker games.

There is no requirement to play multiple lines if the player is not so inclined. The return and variance are the same for any number of lines played.

Let’s take a closer look at the reason people play Super Times Pay video poker – the jackpots. With standard video poker games, the largest jackpot possible is generally a royal flush. This normally pays 800-for-1 (4,000-for-5).

For multiple play standard games, the largest possible jackpot is a royal flush for each line played.

While any of these would be quite a substantial win, see what can happen with Super Times Pay video poker. As stated above, the multipliers are from two to 10 times. This means that the largest possible jackpot is 10 times the win for a royal flush for each line played.

While the chance of these potentially life-altering jackpots actually happening is very small indeed, they are possible. Super Times Pay video poker in order to chase these elusive jackpots.

With such large jackpots, one might expect the house edge of this game would be reduced. Surprisingly, it is not. Here are the specifics of the house edge.

Without considering the impact of the random multipliers, the house edge of each game is the same as the standard version. Here are several examples.

Please note that the samples are just that – samples. They are on the lower end of the average returns you will find on the games in the casinos.

Games with higher or lower house edges are available. Casinos are notorious for changing pay tables, so please be sure to check the pay tables before playing.

By playing the sixth credit per line, the multiplier feature is activated. As mentioned above, it occurs once every 15 hands on average. It is between two and 10 times. 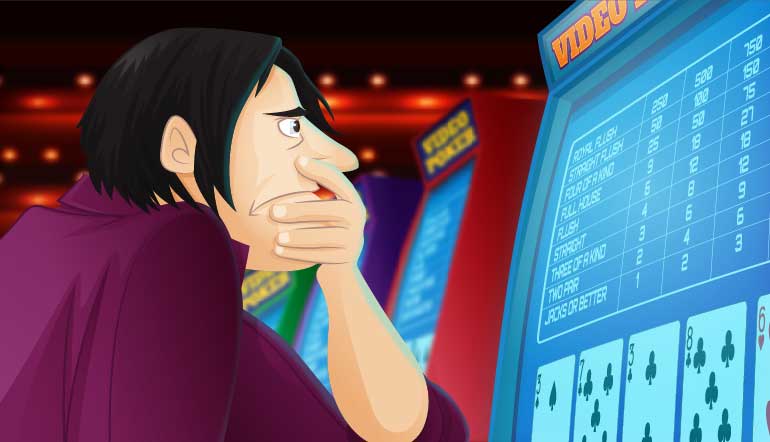 The house edge goes down (return goes up) slightly when the multiplier feature is activated. The same cannot be said about the variance. Each game and pay table combination has a different variance. The scope of this article does not allow any detailed information about each game and pay table combination. Instead, here is some general variance information.

Having an adequate bankroll can be the difference between a great gambling trip and a total disaster. It is impossible to cover the requirements for all Super Times Pay video poker games in this article since each game and pay table would have different requirements. In addition, the number of lines played impacts bankroll requirements.

Instead, here is some high-level information that should help.

This may seem like a huge bankroll. Keep in mind that these are very general guidelines for a total bankroll, and not for a trip bankroll. If you are only going to play for a couple of hours, much less is required.

The bottom line is to make sure there’s enough money with you to play for your desired length of time without running out. It’s never a good idea to visit the ATM in a casino.

Which option is the best choice? Is it better to play one line, or 10 lines, or something in between? That is a very personal decision and can only be answered by the player.

Playing one line at a time keeps the amount of money at risk to a minimum. Playing multiple lines provides multiple opportunities to win. When dealt a powerful initial hand, the likelihood of several winning hands is increased. However, if a poor initial hand is dealt, there may be little to cheer about in that set of hands.

The more lines that are played, the higher the bankroll requirements. Playing 10 lines requires 10 times the bet of a single line game. That means 60 credits rather than 6.

Most Super Times Pay machines are multi-denomination. Depending on the machine, the betting unit can be 5 cents, 10 cents, 25 cents or more. The player can choose to play one line at 25 cents, or five lines at 5 cents. In both cases, the player is betting the same $1.50.

With multiple lines played, some can be winners (though for a smaller amount) and some will be losers. The chance of each game winning something is increased. The winnings may not cover the total amount bet, however. The variance is reduced slightly with multi-line play.

The choice of how to play the game is totally up to the player. The most important thing to remember is to make sure there is an adequate bankroll to fund your play. Whether you want to play it all or nothing, or win a smaller amount more often is up to you. The total result will be the same. It’s how you get there that’s different.

While there is additional excitement playing Super Times Pay video poker, there is a downside. Here are a few reasons a player may not want to play this game. 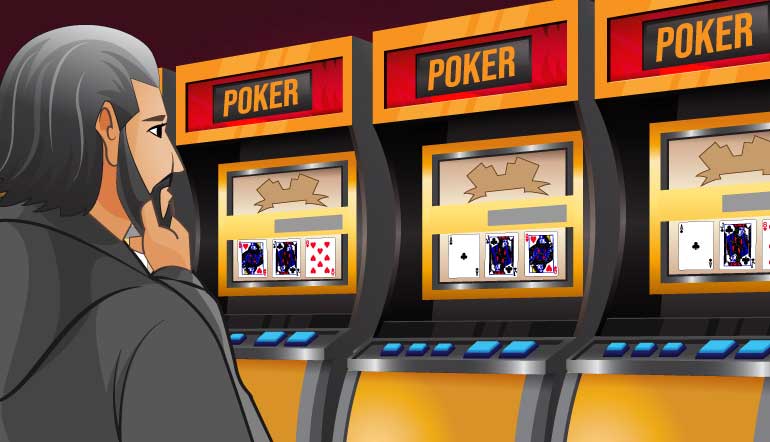 Here is a list of casinos and the number of machines at each. These observations were made the week of August 22, 2021.

As you can see, there are quite a few Las Vegas casinos that have Super Times Pay video poker. But, keep in mind that game inventories are constantly in the state of flux, so some of the above casinos may longer have these machines, while other casinos may add these machines to their gaming floors.

Super Times Pay video poker can be played for free, though. Playing online for free is a good way to experience the game without any cost – other than some time. This allows a player to see if this game is one that he or she really wants to play live in a casino. It is also a good way to pass some time if bored.

Super Times Pay video poker is a very popular variation of video poker. It has been around for about a decade.