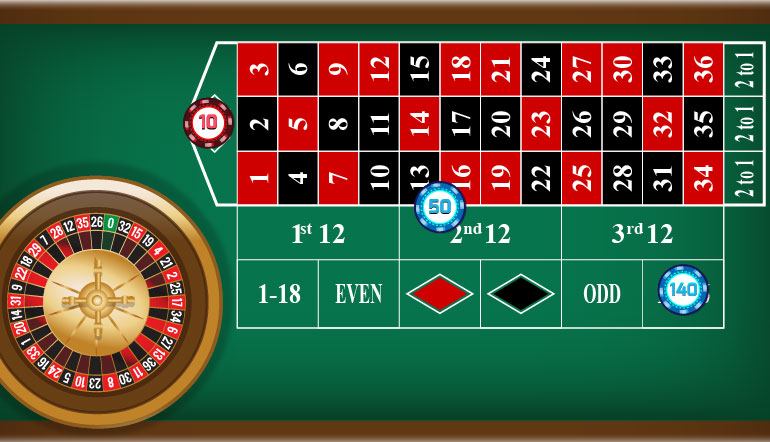 Life is a roulette game with the house having the ultimate edge. We can see this – and prove this – through personal history and throughout the history of human events over time. Roulette imposes a random distribution of numbers to determine a future (or current) situation of individual players.

Life does that to all of us.

The very first roulette experience each individual has in life is the race to land his or her full existence on earth. We all start off as a single male sperm and a single female egg. We aren’t necessarily guaranteed existence as a whole being

That sperm must outdistance millions of other sperm swimming towards the egg. The first one to arrive there gets the win. The woman’s egg accepts the sperm and pregnancy occurs. If an average male’s ejaculation is 100,000,000 sperm the odds of you getting to exist are 99,999,999 to one.

The winning of that race is as great or greater than the odds of most lotteries existing in the world.

Genetic roulette is a truly real phenomena but it did create you.

[Please note: When a baby is forming it has “choices” among hundreds of thousands of genetic traits. While mommy and daddy are giving equal shares of genes to their baby, those genes have a lineage that goes back to the dawn of humanity – and even before that! That nutty Uncle Louis from the 15th Century could be coming out in baby Louis of the 21st century – and Uncle Louis was not a very nice guy.]

And here is the mind-boggling thing about it – it took all of history; all of the events of the universe before your existence for your existence to come into being.

Let me tell you a story from my teaching days: I taught three girls, separated by two years, in my advanced placement English classes. These young ladies were a delight; charming and intelligent. One after another.

Mommy and Daddy were proud of these young ladies. Then they had a son.

He was trouble from the get-go; angry, particularly ill-disposed to women, a kid who gave all his women teachers from kindergarten through high school sheer unadulterated hell. Indeed, he was hospitalized quite often for threatening his sisters with violence.

Mommy and Daddy had to reinforce the girls’ bedroom doors so he couldn’t break in. They also put bars on the girls’ windows for fear he would again climb up the side of the house to get into their rooms.

Strangely enough, he did not suffer from any of the popular causes of being a horror such as schizophrenia or other mood-altering mental illnesses. Was he “off”? Yes. And dangerous. Obviously. But where did this come from? No one seemed to know.

Indeed, I didn’t know any of this history until his parents told me on back-to-school night. I got along with him, no problem. He liked me and I liked him. It was a stunner to find out he only had male teachers and was little or no problem for any of them.

My guess is that somewhere in this kid’s self was probably some distant relative now emerging into the modern era. The parents said that no one in their families showed such behavior patterns. The child, even as an infant, was hostile toward his mother and his sisters. Whose genes were it from the past that came out in this kid?

If this were roulette this lad would be a biased wheel that through the years garnered imperfections that other wheels created by the same company did not have. Those “off-wheels” were dangerous for the casinos because smart players could hurt the casinos by discovering their “off-ness.”

Imperfections exist. In genetics. In roulette. 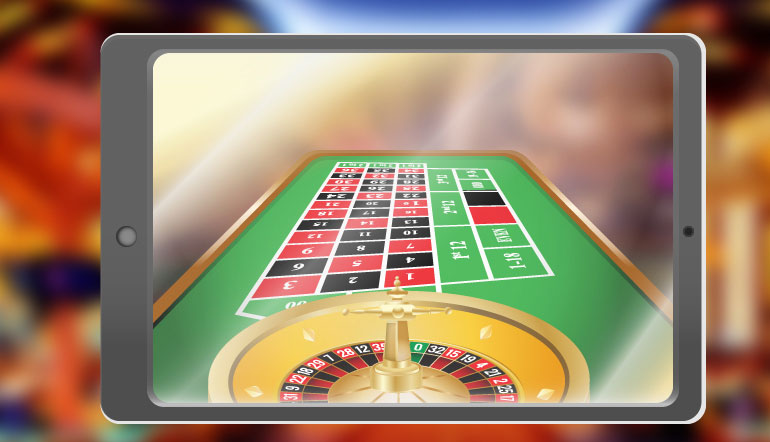 It’s first grade. Ms. Albertson is teaching an arithmetic lesson. Little Timmy is tapping his foot and turning his head toward the windows. Now, he’s looking out the window. It is hard to guess what he’s thinking, if anything, but his face seems slack. He is obviously distracted; at least internally distracted. He’s away somewhere, far away.

He has a tendency to mentally disappear when Ms. Albertson teaches arithmetic.  That’s just the way it is with Little Timmy. I mean it is only first grade, right? How can this be all that important in the scheme of things?

Little does Little Timmy know that he is now, at this very tender age, making the understanding of arithmetic and ultimately math and any science that uses math an almost impossible task for him.

Through elementary school, high school, and into adult life, Little Timmy, who is now Big Timmy, will hit a solid brick wall when it comes to numbers. Little does he know that his deficiency started all the way back in first grade when he daydreamed instead of listened to his teachers’ arithmetic lessons.

Day after day, week after week, month after month, Little Timmy went away when math was the topic. “I hate math,” he’d tell his friends, many of whom also hated math. “When will I ever need it?” “Yeah, yeah,” agreed his friends. “It’s a waste of our time.”

He chose not to choose numbers to study and over time this decision affected his life in a negative way. Much of life might be random but how you maneuver in that randomness, meaning the decisions that you make at every age and every stage, have consequences on future events in one’s life. There is no escaping that fact. The past in many ways creates the future.

Except you don’t really know this fact in first grade. Some people never realize this fact at all. The guy sitting at the end of the bar pontificating about this, that and the other thing might have no idea why he is so garrulous.

[Please note: Roulette players who do not understand the meaning of the numbers in the game are not in a good situation. How does the casino get its edge? Why are bets on many inside numbers not the best idea? How can one lower the overall hit on one’s bankroll and still bet more than one number? Big Timmy will probably not understand any of this when he puts his money on the table and faces a mathematical universe of which he understands little. All that started in first grade.] 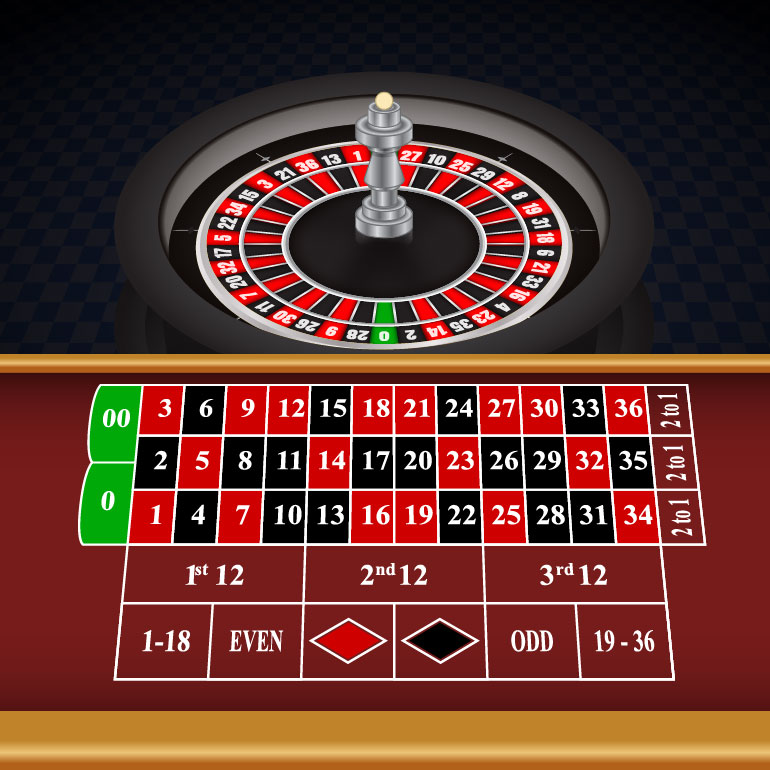 Can Big Timmy Understand the Following?

What is the edge the casino gets at roulette by paying out 35-to-1 instead of 37-to-1 on the American wheel?

This is relatively simple math but I think Big Timothy would have problems with this. There are 38 possible decisions at the American double-zero (0, 00) game and thus the odds of a win should be 37 to 1. Because the casino does not pay the true odds of the bet, but instead shortchanges the winning player by two, the house edge is 5.26 percent. You just divide 38 possible decisions into two and you get .0526. That indicates the percent of the house edge against the player.

Why is the edge on the European game lower than the one on the American game?

Why does the casino still have an edge on the even-money bets?

The house edge on the games remains 5.26 percent and 2.7 percent respectively. Big Timothy? Don’t know if he can figure this out.

Why aren’t the even-money bets a 50/50 proposition?

The casino can’t win money over time if the game is fair. It must keep some of the payoff money or it couldn’t stay open. Casinos have set up their games to either win more bets than the players or take a percentage of the winning bets from the players.

In terms of bankroll preservation, is betting on half the numbers straight up or using one of the even-money bets a better situation?

Using the American game, let us say you are a $10 player and you choose to bet half the numbers; that would be a bet of $190. You’d win half the time and lose half the time. But since the win pays only 35 to 1, you’d be out that 5.26 percent on the game.

However, if you bet one of the even-money bets, you’d still face the same house edge but you’d only be betting $10. Such a bet would take much longer for you to have the house edge seriously hurt your bankroll than playing half the numbers inside straight up. The difference between $190 and $10 is quite a lot. And Big Timothy? Don’t think he could handle the math of this.

What does a percentage edge at roulette mean in terms of how much money you will lose over time?

Why does the casino have a scoreboard that usually shows the last 16 or 20 numbers?

Most casino players are trend bettors as they enjoy either betting with a streak or against a streak. A scoreboard gives the players the illusion that these numbers will repeat or not repeat, depending on how the player views them. The scoreboard adds to the excitement of the game for such players.

The concern that casinos have for the game is the fact that some players might hit upon sequences of numbers that are together on the wheel and bet them time and again. Such a wheel could be “off,” meaning biased.

What does random mean in roulette?

Trick question: Can you answer the above questions correctly?

My guess is that most roulette players who read about casino gambling can answer the questions above. A little study goes a long way!