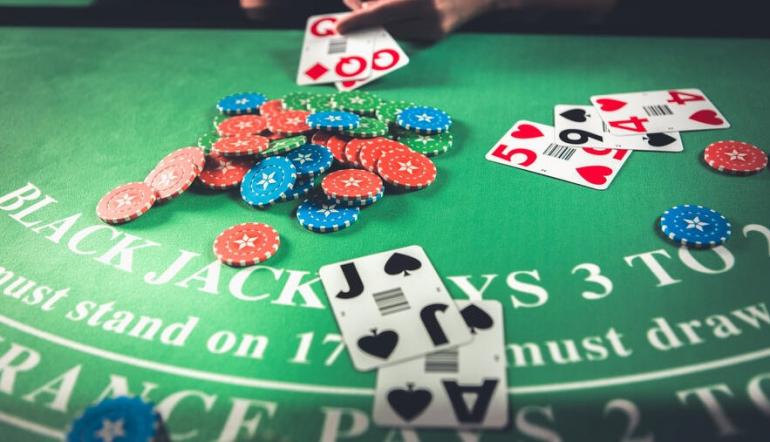 Note: Click here to read Part 1 of this article.

As promised, at the end of this article you will find the questions with answers to the challenging 21-question test given to the elite blackjack pros at the 2022 Blackjack Ball. Give yourself one point for each correct answer. If you get 14 or more correct, you did better than all the blackjack pros that took the test.

The players with the most correct answers from the 21-question test were:

Only six players could advance to the next round of the competition; therefore, Vagabond, Michael Kaplan, Don Schlesinger, and Stan Podalak were in a runoff where two would advance and two were eliminated.

Next up was the skills competition on a blackjack table with Richard Munchkin as the dealer. An overhead camera projected the competition on the large screens located throughout the ballroom. The six finalists were:

The first skills test was estimating the number of cards in a discard tray. Anthony Curtis’s guess was furthest from the correct number of cards and he was eliminated, leaving five contestants.

Anthony afterward was flabbergasted as to how he was so far off in estimating the number of cards, something he has done a “million times before” when card counting.

The second skills test involved placing a cut card into a single deck of cards (at least nine cards from the bottom of the deck), where the bottom card was a 6.

Each contestant had to state how many spots to play to steer the 6 to the dealer’s hand. Justin was eliminated from this test, leaving four contestants.

In the third skills test, Munchkin spread a shuffled single deck of cards face up on the layout and each contestant had 30 seconds to memorize the sequence of cards. Each player had his own deck of cards and had to place face down on the layout what the first card was from the shuffled deck.

Each player then revealed what they thought the first card was. Surprisingly, Stan Podalak had the card (King), but the wrong suit (clubs, instead of spades). He was eliminated on his first try, leaving three contestants still standing.

The fourth skills test involved a hole-card strategy. The dealer’s hand was 5-3 (8) after seeing the hole card. Your hand is 3-3. What is the correct play?

The answer was split. All three contestants were correct. On the next hand, the dealer has a 7 up and 10 down (17) and your hand is 9-9. The correct play is to stand. 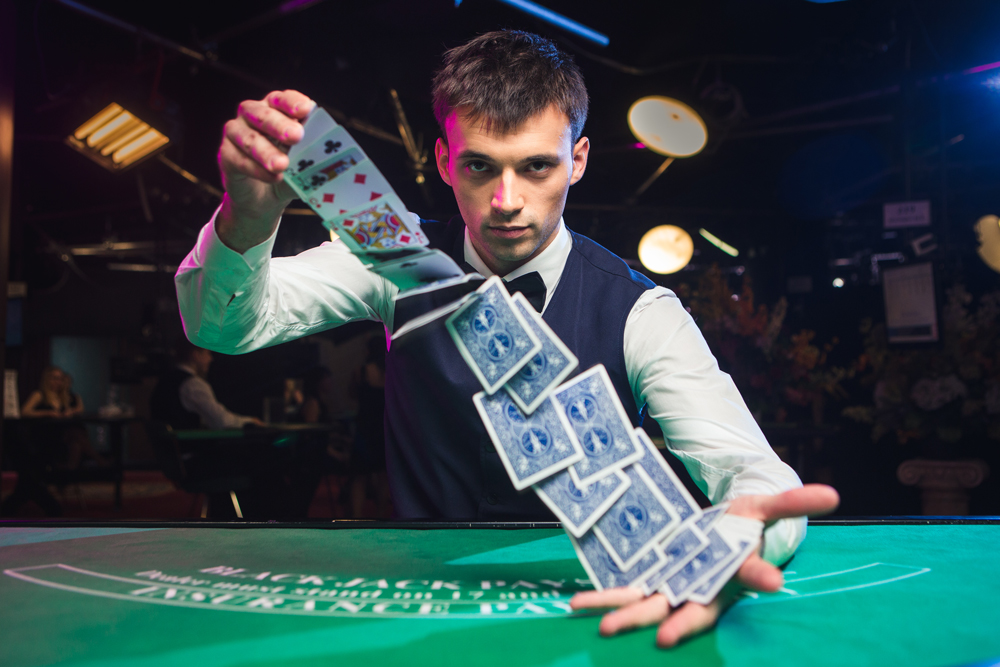 Vagabond got it wrong and was eliminated. Two contestants were left: Darryl Purpose and WRX.

This was a card-counting drill using two decks of cards, involving counting down the decks as fast and accurately as possible. Darryl and WRX got the count correct but Darryl was considerably faster and, therefore, won the Grosjean Trophy as the “World’s Greatest Blackjack Player” with full bragging rights.

The award was a very large bottle of Luc Belaire Rose Champagne with the imprinted words for winning: “The Grosjean Trophy awarded to ‘The World's Greatest Blackjack Player’ at the Silver Anniversary Blackjack Ball, October 1, 2020.”  WRX, who finished second in the competition, got a cup engraved with “The Munchkin Award,” with the date, event, etc.

According to Wikipedia, Max Rubin is 106 years old.

2. During their heyday, Blackjack computer input specialists successfully operated those computers by inputting the data WITHOUT using which of the following?

A. their knees
B. their toes
C. their fingers
D. their teeth
E. they used all of the above

There are more Tribal than non-tribal casinos now operating in the U.S.?

5. Civilians hate 6:5 blackjack because the casino doesn't allow them to take even money. In the overall house edge, how much would the player benefit if the casino offered even money on a 6:5 eight-deck game?

6. Out of respect for Max, the Blackjack Ball, and for hosting the Blackjack Hall of Fame, out of 989 casinos across the U.S., there is only ONE where you agree to NOT play table games.
Name that casino.

Over the past five years, Nevada has lost more than 500 blackjack games, yet the Annual Casino Win on Blackjack Games has grown by more than $100 million over that time.

8. In the 1950s, Vegas dubbed itself “The Up and Atom City,” and casinos invited guests to come out and see live nukes going off night and day 75 miles outside of town. There was also an annual beauty pageant to name a comely maiden to represent the unique festivities. What title did the annual pageant winner earn?

9. Within two pounds, how much do a million dollars in fresh $100 bills weigh?

Here’s a hint – five bills weigh the same as a new nickel.
You have 60 seconds to write down your answer.

Any answer between 20 and 24 pounds is correct.

In a heads-up blackjack game against a basic strategy player, the dealer WILL BUST over 50% more often than that player.

11. Over the past year, the average annual win for a blackjack table on the Strip was:

F. More than $1 million per table.

12. Most states have self-exclusion lists so problem gamblers can prohibit themselves from playing. Which state has the most prohibited gamblers on those lists?

According to the Current Blackjack News (CBJN), as of tonight, the Excalibur Casino on the Las Vegas Strip offers precisely ONE TRADITIONAL BLACKJACK TABLE that pays 3/2 on a natural.

14. In gaming area, what’s the biggest casino on earth?

15. From the 1940s to the 1960s there were hundreds of billboards that littered both Route 66 and the Lincoln Highway advertising a single destination.
The billboards said, RENO OR BUST. What else was written on those billboards?

There are more blackjack tables of all stripes, including 6/5’s, 22-Hybrids, and more on the Las Vegas Strip than all of the other blackjack tables in the rest of the state of Nevada combined.

17. In a full-pay, no RSA game, what is the value of blackjack after a split? That is, a two-card 21 resulting from a split is still considered a blackjack and pays 3:2.

18. Write down the last name of one of the Four Horsemen.

19. Wendover has more than TWICE AS MANY full-pay single-deck games as the rest of Nevada combined.

20. This casino has the most full-pay double-deck games in the Las Vegas Valley.

Oklahoma is second with 134 casinos and California’s 62 came in third.