6 to 5 Blackjack: Should You Play or Move to Another Game? 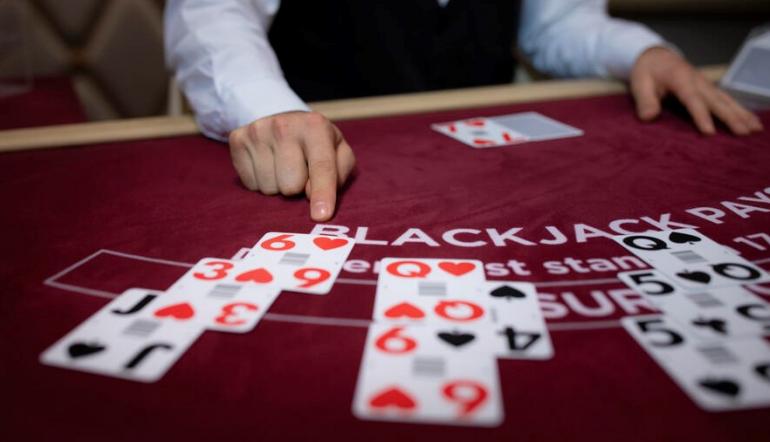 Blackjack is popular worldwide, and in the United States has ranked as the No. 1 casino table game for more than 50 years. It's also had the reputation as a low house edge game that gives players a great shot to win. That reputation has been eroding in recent years as casinos have adopted rules that increase the house edge.

Toughest of these is having blackjacks pay only 6 to 5 instead of 3 to 2. That raises the house edge against a blackjack basic strategy player by about 1.4 percent, and that's more than the entire edge on the rest of the game.

In a six-deck game in which the dealer hits soft 17, blackjacks pay 3-2, you can split any pair except Aces up to three times, split Aces only once, and can double down on any first two cards including after splits, the house edge against a blackjack strategy player is 0.62 percent.

Change just one rule and have blackjacks pay 6-5 instead, and the house edge soars to 1.97 percent.

What the house permits double downs only on two-card totals of 10 or 11, as some casinos do? Then the house edge of 0.82 percent if blackjacks pay 3-2 rises to 2.18 percent with 6-5 blackjack pays.

At that level, there are a number of casino games that give players at least as good a shot to win.

Not every craps wager is as favorable as 6-5 blackjack, but the best bets are worth a long look.

While playing craps, pass and come have house edges of 1.41 percent, and don't pass and don't come have edges of 1.36 percent. Right from the start, that gives you the chance of betting either with or against the craps shooter while getting a better deal than 6-5 blackjack gives you. 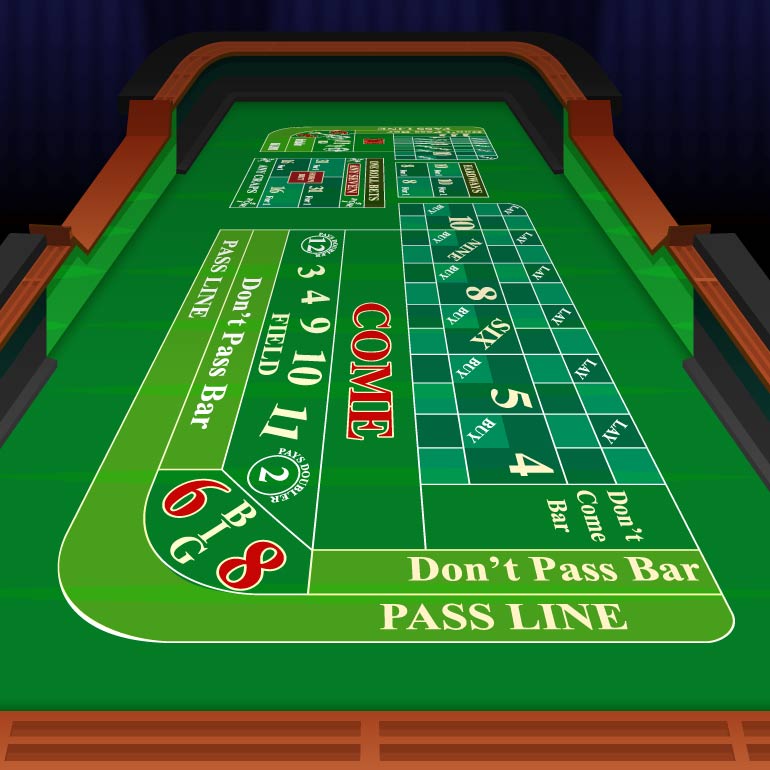 If you're sufficiently bankrolled, you can take advantage of free odds and reduce the house edge to less than 1 percent.

After the shooter establishes a point number, pass or come bettors can back their bet with an additional wager that is paid at true odds. If that additional bet is equal to their original bet, the house edge on a pass¬-and-odds or come-and-odds combination drops to 0.8 percent. If the casino allows the odds wager to be multiple times the pass or come bet, the house edge drops more.

The same goes for don't pass or don't come bettors. They can lay the odds, spotting the house the true odds of the shooter making his point. Laying the odds reduces the house edge on the don't pass-lay odds or don't come-lay odds combos to 0.7 percent or less, depending on the size of the lay odds wagers.

A word of caution: free odds and lay odds have no house edge, but they do involve risking extra money. If you're a $5 blackjack player and move to a $5 craps table, you can bet on pass for $5. However, adding an odds bet means at least another $5 wager. Don't bet more than you can afford to lose, even if it means settling for a somewhat higher house edge.

Place bets on 6 and 8 also give you a better deal than 6-5 blackjack, and there are no extra odds bets to consider.

If you place 8, you're betting the shooter will roll an 8 before he rolls the next 7. Place bets on 6 work the same way -- you're rooting for the shooter to roll 6 before 7.

There's an opposite to place bets called lay bets, where you're betting the shooter will roll a 7 before your designated number. The commission usually is the amount you would win if the shooter rolls a 7.

There are casinos that charge the commission on all lay bets made, while others charge only on winning bets.

You don't need to know any baccarat strategies. You don't even need to know much about the game, other than to stay away from betting on ties. But baccarat's two main options both have lower house edges than 6-5 blackjack. 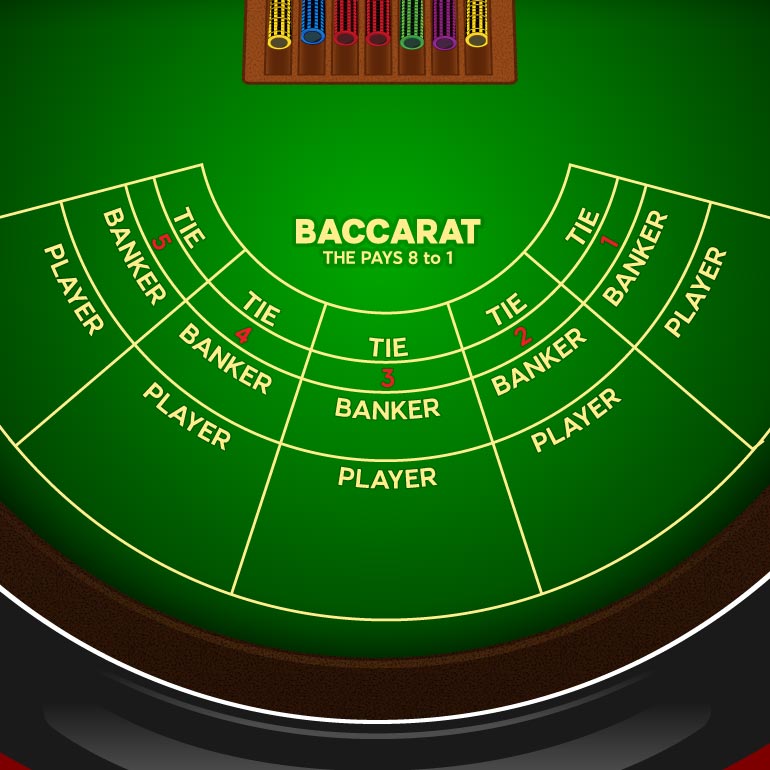 Two hands are dealt, one called the "banker" hand and the other the "player" hand. You may bet on either hand, and so may any other players at the table. Hands are played out according to a set strategy. You have no decisions to make.

House edges are 1.06 percent on banker and 1.24 percent on player, making baccarat not only a better bet than 6-5 blackjack, but the best no strategy, no extra bet play around.

Games and pay tables are highly variable, and you do have to learn optimal strategies to get the most out of video poker. But the best games have house edges among the lowest in casinos.

It's even possible for players to claim an edge in some rare games. The 10-7-5 version of Double Bonus Poker returns 100.17 percent with expert play. That's the same as saying a 0.17 percent player edge.

In non-wild card games, players usually differentiate them by looking at payoffs for full houses and flushes, along with straights in the case of Double Bonus Poker. The "10-7-5" in the Double Bonus game above pays 10-for-1 on full houses, 7-for-1 on flushes and 5-for-1 on straights. In 9-6-4 Double Bonus, full houses pay 9-for-1, flushes 6-for-1 and straights 4-for-1.

Those payoffs give us a basis for comparing games. Each 1-unit difference in a full house or flush payoff adds or subtracts just over 1 percent in overall return.

Any of these may be worth considering instead of 6-5 blackjack. However, understand that video poker players play much faster than blackjack players. A full blackjack table might move at between 50 and 60 hands per hour, while it's easy to play 700 to 800 hands of video poker per hour. Calculate your casino bankroll and risk accordingly.

The 9-6 version of Double Double Bonus was listed under 98-plus because its 99.0 is actually a rounding from 98.98 percent.

There are other qualifying games, including high-paying versions of Super Double Bonus Poker, White Hot Aces, One-Eyed Jacks and others. But this list will give you an idea of what to seek in the most commonly available games.

Relatively new, poker-based games usually start with an ante, then have additional rounds of betting after you've seen cards.

In Three Card Poker's ante-play option in which your hand must beat the dealer, the house edge is 3.37 percent of the ante or 2.01 percent of the total action.

The situation is similar in Mississippi Stud, where the house edge is 4.91 percent of your ante or 1.37 percent of the total action.

If you ante $5 in Mississippi Stud, your average total wager with optimal play will be about $17.95, and your average loss will be less than that for someone who bets $17.95 at 6-5 blackjack.

That makes both Three Card Poker and Mississippi Stud viable options to 6-5 blackjack. So are the best bets at craps, baccarat and certain video poker games.

The choice is yours, but you don't have to settle for a substandard game if a casino pays only 6-5 on blackjacks.

Blackjack Tips
Blackjack 6-5
About the Author
By
John Grochowski