How Does the Casino Get Its Edge in Blackjack? 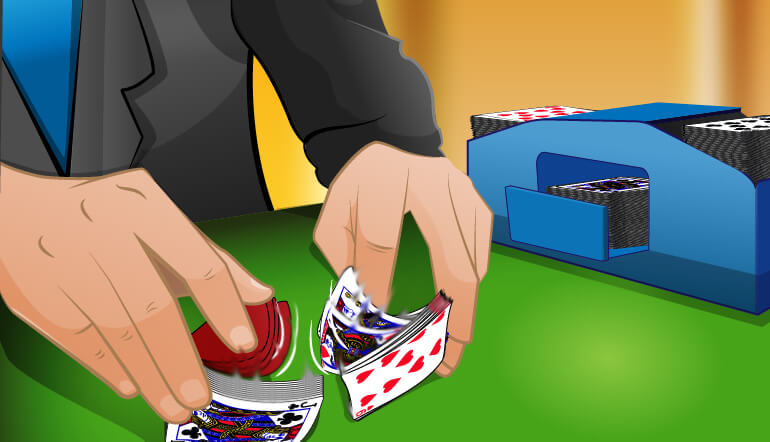 Several years ago, I gave a blackjack seminar in front of an audience of about 100. At the start of my seminar, I posed this question to them. “How does the casino get its edge in blackjack?”

A few folks attributed the casino edge to “the poor play of most blackjack players” but that's not what gives them their initial edge. Simply put, the house gets its edge in blackjack due to the “double bust” rule. After I stated this, I could see glary eyes and raised eyebrows from attendees. “Say what?” yelled one attendee.

First, it rather floored me that not one person knew how the casino creates its edge. Nevertheless, I forged on and explained the double bust rule to the attendees as follows.

If a player's hand exceeds 21, he automatically losses even if the dealer's hand exceeds 21 in the same round. This is known as the “double bust rule,” and it is what creates the casino’s initial advantage over blackjack players.

To explain the double bust a different way, I asked the audience what happens if you get 17 and the blackjack dealer gets 17? About everyone yelled, “it's a push.” Then I asked them what happens if a player gets 22 and the dealer gets 22? Is it still a push? The answer of course is no, you lose. I could see a smile on faces of the attendees, as they finally really understood how the double bust works against players.

You might be wondering how much the double bust is roughly worth for the casino. This is easy to determine. The dealer busts on average about 28% of the time. Consider a player who plays his hand exactly like the dealer (always hit 16 or less and stand on 17 or more).  He will also bust 28% of the time; therefore, a double bust in the same round will occur roughly 8% of the time (28% x 28%). Voilà, the casino’s initial advantage over players would be 8% assuming all else were equal. However, all else is not equal and for good reason.

Historically, when blackjack was first introduced into the casinos in the 1930s and 1940s, casino owners mistakenly believed the game could not be beaten. They understood the basis of their advantage (double bust) but realized their edge was too strong, and reasoned that if players consistently lost, they would stop playing. Therefore, they decided to give players a casino bonus payout for an untied blackjack hand. They also implemented additional player benefits in the way of playing options available only to players (not the dealer), which could reduce the house edge to a level that players would tolerate. The result was a game of uneven rules between player and dealer.

The following table summarizes the differences in the rules between the player and the dealer, and who has the advantage (from Blackjack Bluebook II by Fred Renzey).

If you peruse the table, you'll see that except for acting first, all the other rules favor the player over the dealer. This means a smart player who knows how to take advantage of these rules can significantly reduce that initial 8% disadvantage to less than one percent. Here's how this is done.

WHO HAS THE ADVANTAGE?

The first player perk — paying all player blackjacks at 3 to 2 while the dealer wins only even money with a blackjack — is a gimme and is worth 2.25% in a 6-deck game. Learning when to draw and when not to (as opposed to the dealer who has no playing options) gives the player roughly a 3.25% gain. Likewise, by maximizing your options to double down and split pairs you’ll gain about an additional 1.50% and 0.5% respectively. Surrender, if allowed, gives the player an additional 0.07% gain (assumes surrender after dealer checks for blackjack). Therefore, if you add up all the player gains and subtract them from the initial 8% player disadvantage, you'll arrive at a player disadvantage (or house advantage) of about half a percent without surrender, and approximately four tenths of a percent with surrender. (The previous percentages differ slightly based on the number of decks of cards and mix of playing rules.)  That, my dear readers, is about the lowest house edge you'll find in any game on the casino floor.

The key to whittling down the initial disadvantage is to take maximum advantage of the playing options. You can do this by learning the basic blackjack strategy, which is a set of decision rules that a player should always follow to know when to hit, stand, double down, pair split, and surrender. The basic playing strategy is not based on opinion, common sense, hunches, or intuition; rather it's the computer derived, mathematically correct way to play your hand when the only information available is the cards that comprise your hand and the dealer’s upcard (it does not depend on other player’s cards or previously played cards).  There is only one right play in blackjack and it’s the basic strategy play. Period.

Note: If you want to learn the basic playing strategy for any set of blackjack rules, see Chapter 3 in my Ultimate Blackjack Strategy Guide.