The Latest News of the Casino Industry - July 2022 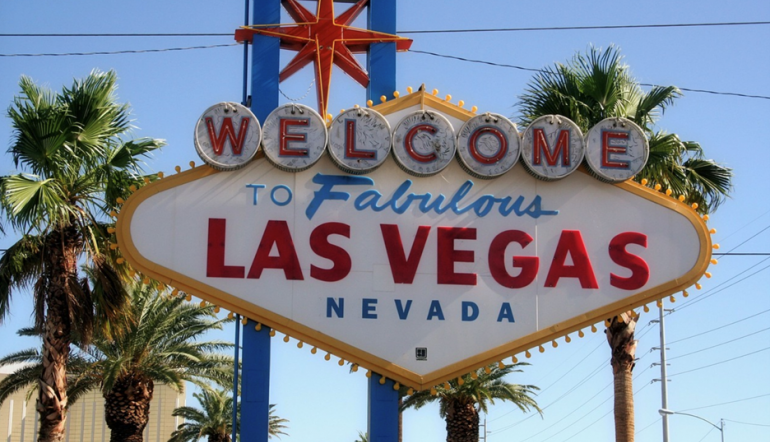 What a year! Halfway through 2022, and already big news stories are breaking in the casino industry. From Atlantic City on the East Coast to the gambling mecca of the world in Las Vegas, Nevada, big developments are taking place. Unprecedented growth in iGaming, with buyouts, mergers, partnerships, and new game rollouts are unfolding in real time.

We begin in Las Vegas, Nevada – home to the world's premier casino & hotel enclaves. Notarized news reports from the Nevada Gaming Control Board (NGCB) for 2022 paint a pretty picture of the industry. Nevada gaming revenues and collections, a.k.a., monthly win and percentage pre-tax collections statewide, have grown substantially in the last six months.

The following GGR figures for Nevada casinos are available, with year-on-year comparisons:

The GGR (Gross Gambling Revenue) for each month of 2022 has consistently exceeded $1B in casino take. The figures cover Clark County, Washoe County, South Lake Tahoe, Elko County, Carson Valley Area, and the rest of the Silver State. In fact, May 2022 was the 15th consecutive month that casinos across Nevada won at least $1 billion + from players. Naturally, the lion's share of revenues was generated in Clark County – the global hub of the casino world.

Las Vegas is home to a plethora of live entertainment. While gambling remains the bread-and-butter of GGR for casinos, it's the live entertainment that reels in players by the truckload. In 2022, many of the world's favourite musicians, magicians, comedians, sports stars, and entertainers have graced the stages of the premier hotel & casino resorts. Based on their current/past residency, the following performers filled stadiums, auditoriums, and arenas across the city:

Similar trends can be extrapolated for each month of 2022 to date, over the corresponding month from 2021. News of increased hotel occupancy, higher room rates and increased GGR come as no surprise to the casinos, which have been enjoying a bumper year.

Evidence of growing traffic to Las Vegas is easily verified with the number of international passengers moving through Harry Reid International Airport in April 2022. Some 200,113 passengers from abroad were counted at the airport in April 2022, up 600% from April 2021. These figures could rise if vacationers from mainland China in Beijing begin flocking back to Las Vegas casinos.

Atlantic City, New Jersey, may not be as grand as Las Vegas, but it's a major hub for East Coast gambling aficionados and business and personal holidaymakers. iGaming is big business in the Garden State. According to the New Jersey Division of Gaming Enforcement (DGE), a total of $10,591,541.69 in jackpots were paid out over the last 30 days; that amounts to 117 jackpots through July 1, 2022. From January 1 2022, to the current date, 890 jackpots were paid out. These totaled $78,432,998.54. Just two jackpots valued at over $1 million were won at New Jersey casinos.

Online casino GGR represents a growing portion of overall gambling revenues. For example, the premier iGaming operators, as showcased at Casino.org, feature a list of all reputable online casinos for real money. These include top-rated casinos such as Gambino Slots, Pulsz, Fortune Coins, WorldWinner, and Jackpot.com. Interesting trends have emerged among players, particularly in terms of the most popular real money casino games. For 2022, the following eight game varieties rank above the rest:

Not surprisingly, these casino games boast a relatively modest house edge, with the greatest variance experienced when you play slots games. These casino games have a typical house edges ranging between 2% and 10%. Blackjack tends to present players with the lowest house edge at just 0.5% when perfect strategy is employed. In terms of jackpot games in NJ, the following games/game variants recorded the greatest number of payouts over $50,000 for the year to date:

The Asia-Pacific gambling market is the largest in the world, followed by Eastern Europe as the fastest growing region. The Global Online Gambling Industry Analytics & Projections Report (Researchandmarkets.Com) makes special mention of virtual reality, the Internet of things, and blockchain vis-a-vis the impact on the iGaming industry. Thanks to virtual rFeality headsets, online casino players can play slots games in a virtual casino without having to travel to a land-based casino. While transparency and credibility remain concerns in the industry, this is less

a factor in the regulated online casino industry. Blockchain technology provides a useful workaround for securing operations with full transparency for all stakeholders.

Another report by Acumen Research and Consulting posits that the online gambling market should reach $172 billion by 2030. The projections estimate a Compound Annual Growth Rate (CAGR) of 11.6%, owing mainly to the increased penetration of mobile gaming technology worldwide. This report estimates that the 2021 market size was worth $65 billion, and it profiled all the key companies listed in the previous report. The analysis period was 2018 through 2030, with forecast data from 2022 – 2030.

Biggest Casino Jackpots of All Time

While 2022 has broken records in many aspects of the casino world, several world records remain unbroken. The following casino jackpots have made headlines:

Summary: The Biggest Casino News for 2022

The casino industry is booming with big news stories from around the world! In Las Vegas, Nevada, GGR figures for 2022 have consistently exceeded $1B in casino take. The figures cover Clark County, Washoe County, South Lake Tahoe, Elko County, Carson Valley Area, and the rest of the Silver State. In Atlantic City, New Jersey total of $10,591,541.69 in jackpots was paid out over the last 30 days; that amounts to 117 jackpots through July 1, 2022. From January 1 2022, to the current date, 890 jackpots were paid out. These totaled $78,432,998.54. Just two jackpots valued at over $1 million were won at New Jersey land-based casinos.

The online gambling market is projected to grow from a 2021 figure of $73.42 billion to $81.08 billion in 2022, with a CAGR of 10.40%. By 2026, analysts anticipate that the market will reach $115.13 billion with a CAGR of 9.2%. The Asia-Pacific gambling market is the largest in the world, followed by Eastern Europe as the fastest growing region. While casino jackpot records have not yet fallen, some mega jackpots have already been paid out in 2022. With only half the year behind us, plenty more is yet to come.