Phil Ivey and Kelly Sun Vs the Borgata 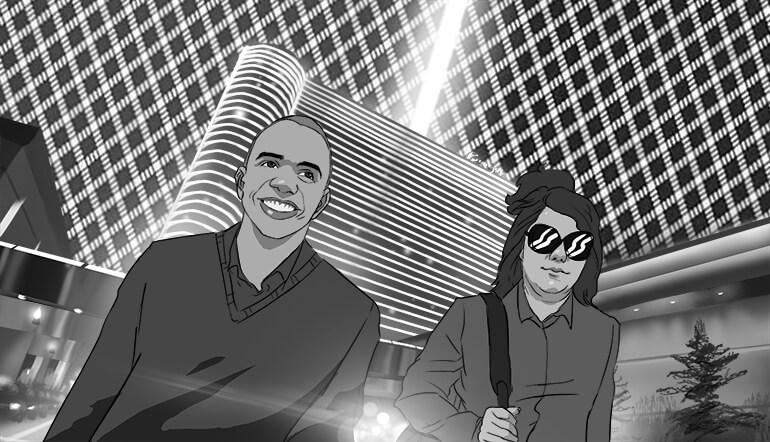 The year 2012 was a sweet one for celebrity poker pro Phil Ivey and Cheung Yin “Kelly” Sun, a woman who would become known as the Queen of Sorts.

Sun had designed a high-probability approach to beating mini-baccarat. It employs a technique known as edge sorting – hence, her nickname – in which, by spotting subtle asymmetries of patterns on the backs of playing cards, she is able to identify the game’s key cards.

The play requires Sun to prompt dealers to turn the game’s most important cards (7s, 8s and 9s) so that their shortly cut edges face the dealer when divvied out in coming shoes. Sharp eyesight, social engineering and casinos with favorable conditions allowed her to perform her responsibilities for the play. 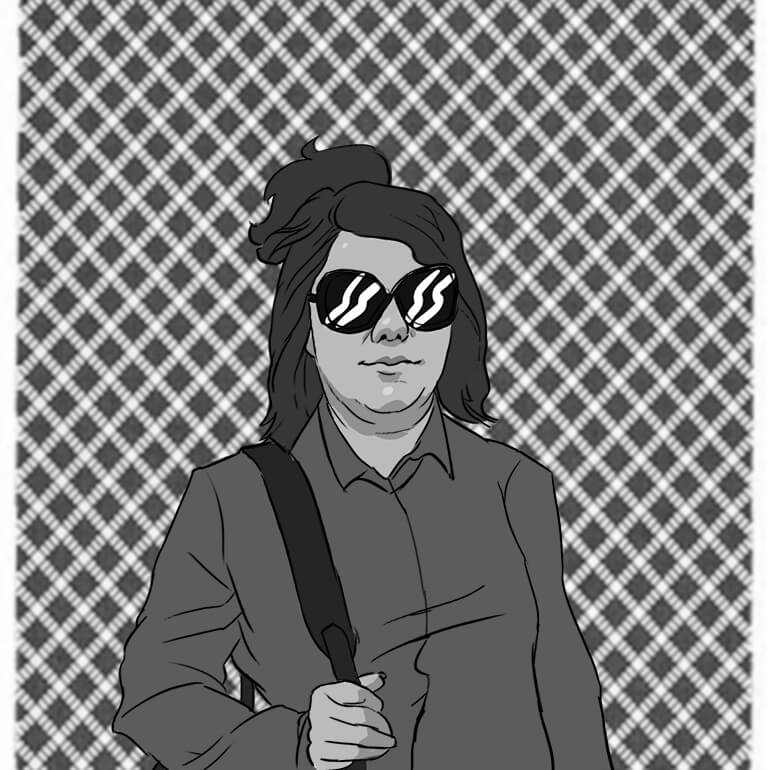 Ivey, with a giant bankroll and a reputation as a casino whale, was able to get down five-figure bets and convince gambling dens to use brands of playing cards and types of shuffling machines that Sun could most effectively work with.

Over the course of 2012, they traveled the world and won 10s of millions of dollars from casinos. But that was then. The last 12 months have been decidedly sour for the pair of high-rollers.

In October 2017, the Supreme Court in Great Britain issued a ruling that Crockfords Casino in London does not need to pay them 7.7-million-pounds (worth approximately $11 million in 2012) that they won by using the edge sorting technique. Never mind that Ivey and Sun lost more than half-a-million dollars on their first day of running the gambit in London.

More crippling, on August 2018 a New Jersey court put out a decision that they need to return $10.13 million that they won from Borgata Hotel Casino & Spa in Atlantic City. Ivey’s lawyer entered a request for a stay on the payment while the decision is appealed. That request was turned down. The eight-figure sum was won over the course of four sessions in 2012.

Both decisions are anti-player to the extreme. Any casual or pro-casino gamblers should be rattled by such outcomes. A lawyer, representing Ivey and Sun, maintains that making the payment will have a “devastating impact” on the wellbeing of his clients.

Sun says, “My feeling is that we won the money and we should not pay it back. My feeling is very bad. The casino took our bets and they paid us. Now they want us to pay them back 10 million. That is crazy. The casino takes big advantage. If they won $10 million from me, would they give it back? No way. Why should they expect me to give it back to them?”

Robert Loeb, a Chicago-based attorney who frequently works with advantage players, agrees with Sun. She and Ivey, says Loeb, “followed the rules that the casino agreed to. They agreed to those rules because [Sun and Ivey] were playing for the highest denomination chips and the casino thought it could win a lot of money. This was a product of greed and blindness.”

Weirdly, by the time Ivey and Sun made their last trip to Borgata, in October 2012, news of their tiff with Crockfords Casino in London had already broken. A headline in UK tabloid the Daily Mail trumpeted, “World’s number one poker player wins $11m in two nights – but top London casino REFUSES to pay.” US gambling sites quickly picked up on the report. By the time Ivey and Sun entered the Borgata, word of their situation with Crockfords had spread widely. In fact, according to Sun, that publicity is precisely what led her and Ivey to embark on their October trip to Atlantic City. 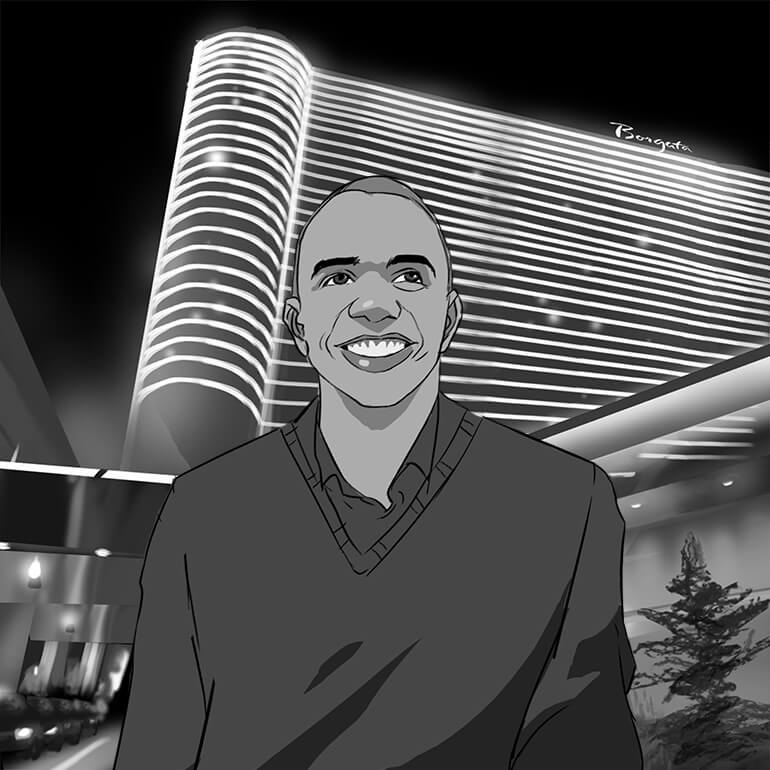 That journey is rooted in the final play that Ivey and Sun engaged in at Crockfords. It took place in August 2012 and ended with them ahead by some $11 million, a monstrous win by any standard. At the time, Sun feared that the casino would not pay them. Similar outcomes had already transpired for her at sore losing spots in the United States. But, as the front person in the play, Ivey was responsible for negotiating payment – and he did.

Representatives of Crockfords promised to wire the money into Ivey’s bank account. Sun says that the casino provided a receipt that stated as much. Satisfied, Ivey and Sun went their separate ways. He headed home to the United States where a close relative – a fabulously roguish uncle who Ivey referred to as Unk – was dying. Sun went to Paris where she hung out with friends.

The money, however, failed to materialize. Sun became convinced that Ivey was holding out on her. Ivey insisted that the casino was not paying. Finally, after a week, she told me that she called Ivey and said, “Phil, you don’t give me the money, it’s okay. It is only 10 million. It’s fine. You keep it.”

Coincidentally, though, just after the story broke in the Mail, Sun and Ivey encountered one another in Nice, the French city where a poker tournament was scheduled to take place. “Phil told me not to play the tournament,” Sun related to me. “He said that reporters were there and they knew about London.”

At that point, it became clear that Ivey had been honest about the missing millions. He did not receive the money. “We decided to fly to Atlantic City and play Borgata,” said Sun. “Phil and I flew private and split the cost.”

They encountered terrible weather en route to Atlantic City. There were fears that the jet would go down. Rough travel conditions could have been viewed as an omen, but the game at Borgata was too good to turn away from.

On their previous three visits, Ivey and Sun won more than $9 million. During one session, they were not even slowed down by an uninvited visit from blackjack whale Don Johnson, a friend of Ivey’s.

As Johnson recalls it, he saw Ivey and Sun playing baccarat at a private table. Sun, Johnson told me, “did not look like she’d be on of Phil’s playmates.” It led him to believe that the two gamblers were playing at an advantage. Johnson maintains that he slipped in, mirrored Ivey’s bets and won a tidy sum.

As Sun remembers it, “I said that I would not play until Don left. Phil said that Don is a friend. He wanted Don to stay. But finally Don left and we continued playing.”

During their fourth and final trip to Borgata, it’s easy to imagine that Ivey and Sun would feel concern about the possibility of being turned away. News of their issue with Crockfords was in the poker and gaming media. But Borgata management   allowed them to play seemingly unfettered. They won more than $900,000 and cashed their chips without obvious incident.

It all changed in 2016. That was when, in the wake of a positive outcome for Crockfords, in the suit brought by Ivey and Sun, Borgata began rallying to get its money back. The casino’s legal maneuverings resulted in the original December 2016 ruling that the advantage players have to pay back their money. What will ultimately get refunded and when it will happen both remain unknown. One thing, though, is certain. As of now, the hand being dealt Ivey, Sun and the Borgata has yet to completely play itself out – and Ivey is no stranger to catching a miracle card on the river.