The Legend of Larry Flynt 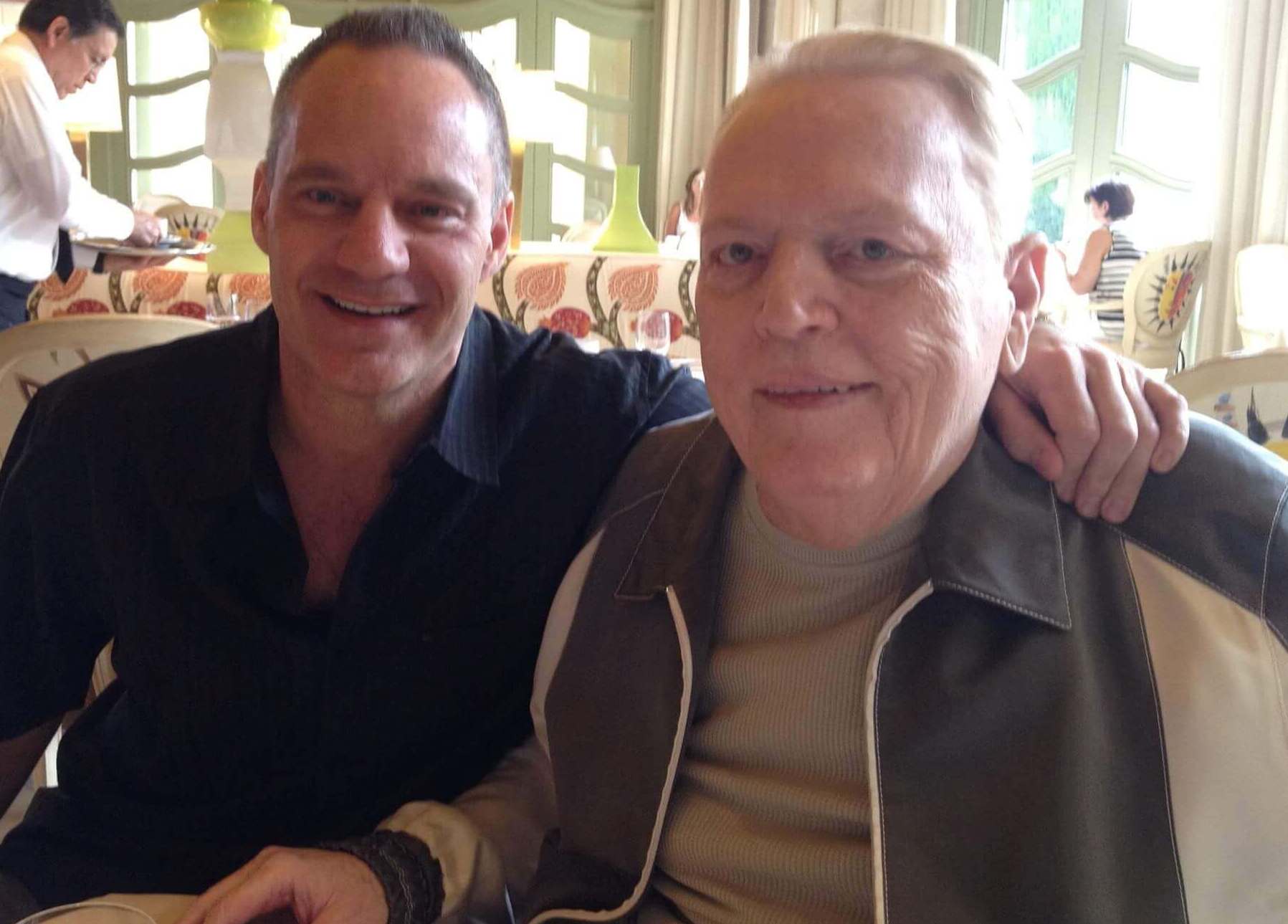 Larry Flynt was hilarious. The recently deceased publisher of Hustler magazine was an avid gambler, who, despite being paralyzed as the result of an assassination attempt in 1978, retained a perfectly dry sense of humor. The first time I interviewed Flynt, back in the late 1990s, I asked him why he had such an affinity for poker and blackjack. In his froggy voice, speaking to me from a perch on his motorized gold-plated wheelchair, he replied, “Well, I’m not going to take up water skiing, am I?”

That is no doubt a true statement, but Flynt, who had a disarmingly boyish way about him, did not wait until being wheelchair bound to get into gambling. He told me that he first played poker in the military. As his financial resources increased so did the stakes at which he chose to gamble. By the time casino host Steve Cyr encountered him in the high-limit room of Las Vegas’s Rio All-Suite Hotel & Casino, Flynt was a bonafide whale. He played blackjack for $25,000 per hand (a sum that would increase over the years) and maintained a credit line of $1 million.

Cyr spent months trying to woo Flynt away from the Rio and to the Las Vegas Hilton where Cyr worked as a host.

Flynt was comfortable at the Rio and not really interested in playing elsewhere until Cyr made the publisher an offer he could not refuse. “I told him that I have 100,000 reasons for him to come over the Hilton,” Cyr, the subject of a book called “Whale Hunt in the Desert”, told 888. “I gave him $100,000 in promotional chips [used for play at the table and paid off with cashable chips on winning hands]. Larry is such a great guy that he said, ‘If you’re giving me 100,000, I’ll bring a million-dollars of my own.’ He gave us a shot at winning some of his money, which most players would not necessarily do.”

It proved to be a profitable decision. “Larry went through the 100K,” recalls Cyr. “Then he dipped into his own money and wound up winning a million dollars from us.”

That outcome set a precedent. “He won on his next seven trips,” says Cyr. “Baron Hilton [who owned the hotel chain] made Larry a trophy that said World’s Greatest Blackjack Player. He was up millions of dollars that year and we could not beat him. He gave us plenty of time, but, unlike a lot of gamblers, Larry was disciplined. I think he came to the casino with a number in his head, played until he won that number or else lost a certain amount, and then he left. He flew to Las Vegas on his own jet” – a sinister looking aircraft, painted black with the word Hustler in electric pink – “and took off when he wanted to. He would not necessarily stay the weekend.”

Cyr describes him as “shrewd … Larry’s strength was bankroll. He could ride out the losses and he was disciplined.” He avoided playing after a few glasses of wine and drank ultra-hot coffee at the table (a butler would man a Bunson burner that kept Flynt’s brew at the properly scorching temperature). Cyr respected Flynt’s financial resiliency but the Vegas gambling dens did not necessarily love it. “Casinos were not sure whether to keep him playing or to stop him from playing,”Justin Smith, a friend of Flynt’s and a former high-stakes poker pro turned movie producer (his latest project, “Flinch” [flinchthemovie.com], was recently released), tells 888. “He put them into tricky positions.”

A natural negotiator, Flynt wheedled concessions from the casino before sitting down to play. “There would be 30 deal points,” says Cyr. “As soon as he landed, he got a $10,000 reimbursement for airfare. If he lost a million dollars, we gave him a 20-percent discount. So it cost him only $800,000. Then he got $25,000 in promo chips for every three hours he played. Larry negotiated to split aces four times, switch dealers any time he wanted and to surrender with any two cards.”

That last condition was critical for Flynt. He was not just any blackjack player. Years ago, while I was attending a major baccarat tournament in Monte Carlo, one of the sharpest players on the circuit told me about working with a poker pro to create a blackjack strategy for Flynt. It optimized comps, took discounts into consideration and minimized losses. Flynt confirmed this for me, identifying Jason Lester as the poker pro in question and accurately describing my source as “a guy from out of San Francisco.”

Flynt added, “The big thing they helped me on is whether you are supposed to surrender six against a face card. He and the San Francisco guy ran several million hands through a computer and concluded that you are 30-percent better off to just surrender.” And while Flynt may have ranked among the few high-rollers to use a basic strategy card at the table – these things tend to be employed by old ladies and nervous pensioners – he told me that his card was far from ordinary. It contained the strategy cooked up by Lester and his San Francisco collaborator. “The ones soldin casinos are bullshit. They’re conservative, they’re weak, they’re non-aggressive. I had a lot of these special cards made up and I used them. I used it last year [2007, one year before this particular interview] in Vegas and came out winning $2.5 million.”

Two other requests would have been less costly for the casino – putting Hustler in the sundries shop and allowing his 1998 bachelor party to be thrown at the Beverly Hills Hilton – but were both shot down by Baron himself. The ever resourceful Cyr, however, found workarounds. “Whenever Larry came to the casino, I bought a half-dozen Hustlers and put them on the gift shop’s magazine shelf,” he says. “And I arranged to have the bachelor party held in a Beverly Hills mansion owned by a player of mine. Larry’s logic about us carrying his magazine was, ‘You have Playboy in there and I don’t see Hugh Hefner gambling at the Hilton.’”

As to whether or not Flynt – who opened his own Gardena, California, gambling spot, the Hustler Casino, in 2000 – was a winning player at blackjack depends on who you ask. Flynt himself told me he was ahead and Cyr counters that he lost overall. Smith, who was one of the world’s top poker players before shifting to movie production, expresses some insight: “Larry knew what he was doing. I’ll put it that way. One would be foolish to expect that a guy whose company name is Hustler would not be a hustler in his own right. I would be careful about letting him gamble in a casino. I would think he was a winning player, based on what he told me.”

Pressed for further details, Smith clams up. “I’ve got to honor the code,” he cryptically explains.

As Smith knows, from participating in many iterations of the famous Larry Game, Flynt’ sultra-high-stakes poker blowout where you could win or lose $500,000 in a single night, Flynt loved to play 7 card stud. For years the game was held in his home – kept at temperatures so low that frequent participant Barry Greenstein wore layers of thermal underwear below his clothing – and it later moved to the Hustler Casino. But prior to that, Flynt was a fixture on the Vegas circuit where he matched wits with greats like Doyle Brunson, Chip Reese and Stu Ungar. Asked to recall a good story about the drug-loving Ungar, Flynt answered without hesitation: “I got shot a couple years before I started playing in Vegas and I was taking a lot of pain killers. I used to drink a Brompton cocktail: 60-percent morphine, 20-percent alcohol, and 10-percent cocaine. This concoction was perfectly legal. It was made up for cancer patients in their final few weeks of life. I gave Stuey a cup of that. He went to the restroom and drank it. He didn’t come out for a while. So a couple people went in looking for him, and he was sprawled on the floor, unconscious. When he came to, he accused me of trying to kill him.”

Flynt hesitated for a beat, allowing the tale to resonate, and then kicked in another one about the great but tragic poker star. “This sums up Stuey’s whole personality. He and I are playing poker, heads up, at the Horseshoe in Vegas. I took off a card and had a gut-shot straight-draw. I caught a 7 for a 9 high straight. He made trips or something, bet out, I raised and he called me. I turned over my cards, and he said, ‘God damn.’ We were playing on a blackjack table and he picked up the table and just threw it on the floor. Stuey had a temper. As long as things were going Stuey’s way and he was winning, he was fine. But if he started losing and you started making bad beats on him, well, he started to steam pretty bad.”

Then Flynt’s boyishness rose to the surface as he smiled tightly and added, “I was always able to get him irritated pretty easily.”

Whether playing blackjack or poker, Larry Flynt will be remembered as a gambler who savored competition and handled beats a lot better than Ungar did. “He was a gentleman all the time,” says Cyr. “He took losing the same way he took winning. You had to love a guy who had a big bankroll, had balls and loved the action. That was Larry.”