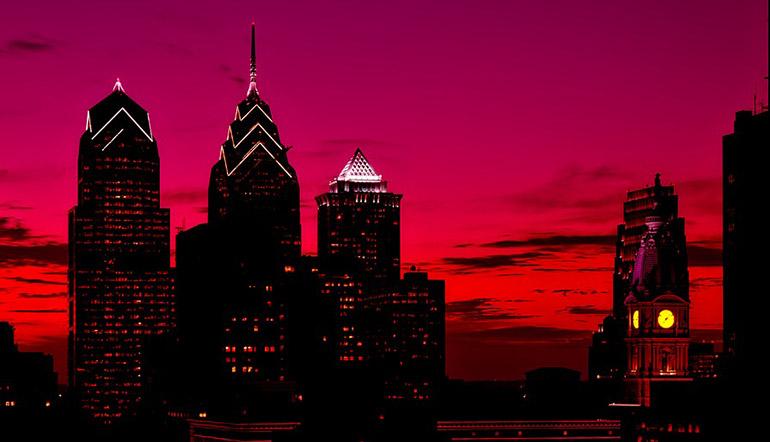 Major gaming reforms were discussed, including gambling tax proposals for the state of Pennsylvania. The issues of local taxation and online gaming are inextricably intertwined. The HGOC did not explicitly discuss online gambling, but it is the elephant in the room that nobody can ignore for too much longer.

Back in 2016, the local share tax issue came to a head. Basically, this issue relates to how each casino should make payments to local communities. The Pennsylvania Supreme Court made a ruling that such tabulation was deemed unconstitutional. The Supreme Court gave legislators until January 2017 to resolve the issue.

But the rush to resolve the crisis resulted in the local share tax issue being pegged onto gaming reform packages that were already in the pipeline. The Senate wanted to deal with gambling legislation issues one by one, not jointly. As such, none of the legislation passed by the deadline.

The issue of taxation and online gaming cannot be ignored. When Senate Minority Leader J Costa introduced SB 524, it came with a 25% sticker tax on online gambling and fantasy sports. That figure is substantially higher than the tax proposed in prior bills where the tax rate was capped at 14%. The bills included the 200-page HB 392 and the Senate bill SB 477. Both bills sought to regulate and legalize online gambling and reinstate local share tax for surrounding communities.

With respect to SB 477, the GGR revenue would be taxed at 14% for state purposes and 2% to local communities. These projections are broadly consistent with the performance of New Jersey’s legal online casino market This begs the question: What is the right tax rate for online gambling in the state of Pennsylvania? Most analysts agree that 25% is too high for online gambling, and this would destroy the industry even before it has an opportunity to get started.

The most obvious disincentive of high taxation for online gambling is that operators will want to reduce game returns to players. If online slots, online blackjack, online roulette, and online baccarat have return to player percentages between 96% and 99%, those numbers will have to be knocked back for online casinos to be profitable. Pennsylvania is currently at the back of the pack when it comes to slots return at approximately 90%.

Atlantic City offers a return of 91.5%. Simply put, this means players can expect $0.90 back on every $1 that they spend on slots. If that number is rolled back further, players will be unlikely to plow their money into slots games. Decreasing RTP numbers will initially boost profit margins for online casinos, but players will be turned away over the long-term. This is not viable for the online gaming industry in Pennsylvania.

The tax rate on land-based casinos across Pennsylvania is approximately 54%, but that’s viable given the many ways that profits are derived in the first place. These include hotel fees, entertainment fees, surcharges, dining, low payouts on casino games, and the like. For online gambling, there are none of those additional revenue sources. Online casinos rely solely on their online gambling revenues for profitability.

When oppressive taxes are imposed, it becomes difficult to operate profitably with such slim margins. Further, online casinos must aggressively market themselves to stay competitive. Advertising budgets will shrink with higher tax rates, and the industry will invariably fold. There are many other peripheral issues to contend with such as payments processing options, security, geolocation technology, and the like.

As it stands, studies indicate that 77.5% of every $1 earned from regulated online gambling activity in the state of New Jersey is devoured before taxes are imposed. At a 25% tax rate, that would be untenable in Pennsylvania.

WHY IS ONLINE GAMBLING SUCH A POLITICAL HOT POTATO?

It is easy to make the mistake of believing that legislators are trying to clamp down on online gambling because it is a nefarious activity. Unfortunately, the reason for the fierce opposition to online gambling has nothing to do with morality – it’s dollars and cents.

Lobbyists for land-based casinos which employ hundreds, perhaps thousands of people have tremendous political clout in the state of Pennsylvania and elsewhere. They don’t want to see their industry being upended by virtual casinos that have limited fixed overhead costs with few employees and little connection to the local communities.

For these reasons, online gambling is a risky proposition from a local, county and state-wide perspective. Further, in the absence of strict geo-locational protections, anyone can play at an online casino. The argument is made that a VPN allows quick access to all unregulated online casinos, with no protections offered to players in the state.

Pennsylvania will want to iron out these issues before they consider legalizing online casinos. New Jersey got it right, alongside Nevada and Delaware, and Pennsylvania might be the fourth state in the union to move towards full online gambling regulation in coming months.

Then there is the issue of US Attorney General Jeff Sessions. As a staunch conservative, Sessions has the online gaming community a little spooked. He stated that he would be considering a reversal of the 2011 federal legal opinion vis-à-vis states and the legalization of online gambling. According to David Cookson (Coalition to Stop Internet Gambling), ‘With the fluid situation in Washington, Internet gambling is an unreliable and possibly nonexistent source of revenue.’

As far as federal policy changes go, state-level representatives are not concerned. States have full authority to exercise their autonomous rights to offer online gambling as they see fit. Gambling expansion is currently underway at House and Senate level, and Pennsylvania is anticipating $100 million more in gambling revenue. Among the 12 state casinos, there is uniform opposition to video gaming terminals.

However, Mount Airy Casino supports online gambling. The governor of Pennsylvania, Tom Wolf wants to be sure that the legalization of online casinos does not in any way adversely affect the State lottery, or the profitability of existing casinos. Much of the property tax relief in the state is derived from slot revenue, and Internet gambling may or may not reduce that.

On October 30, 2017, Philadelphia legalized gambling online. Since then, several temporary regulations have been put into place. Divisions among the state’s 12 land-based casinos are preventing legislators from coming to consensus. Four partnerships have been established, including Mount Airy Casino which has partnered with 888. This partnership has been in place since 2014 but was only announced in 2015. Mount Airy actively promotes 888 Casino NJ on its website. The land-based casinos that have not yet announced their online casino partners include Sands Casino Resort Bethlehem, Presque Isle Downs and Casino, and Lady Luck Casino Nemacolin.

As it stands, applications are currently being accepted by PA casinos. All forms will be collected by the PGCB (Pennsylvania Gaming Control Board) over the spring, starting on Monday April 2, 2018. The fee for each license is $10M per casino. A total of 13 online poker licenses and 13 online casino licenses will be granted. PA has officially approved video gaming terminals at truck stops across the state. However, there are 10 counties that will not be able to host VGTs, including Philadelphia, Montgomery County, and Bucks. Lawmakers believe that some $200M in revenues could be generated through online gambling.

Philadelphia
Online Gambling
About the Author
By
Louis Wheeler